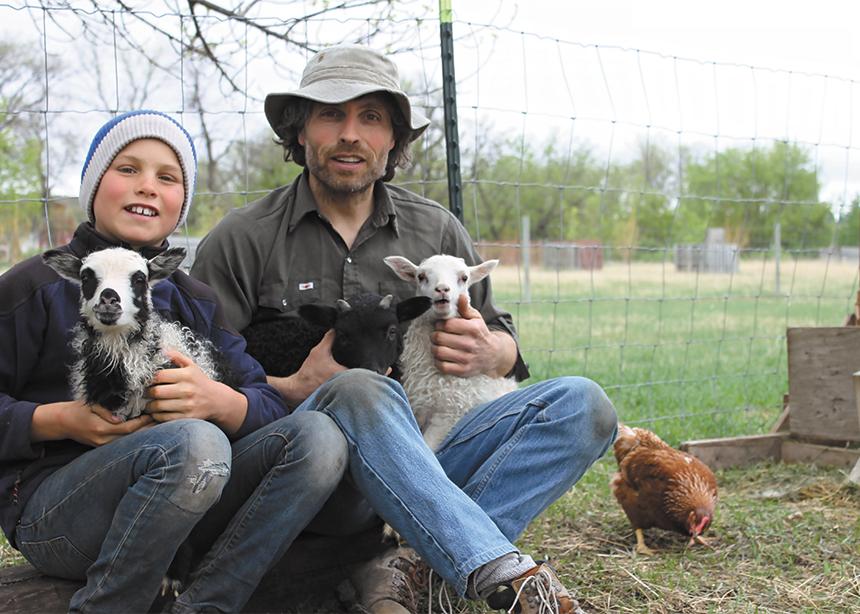 Since 2012, the “Germinating Conversations” initiative has brought together small farmers, bigger farmers and urban folks who care about food.

At public and private events around Manitoba over the years, the goal has been to foster open dialogue on tough questions. The original impetus came from Kenton Lobe, an instructor at Canadian Mennonite University. Mennonite Central Committee and A Rocha have also provided institutional backing.

The lessons of the initiative to date have been compiled in Germinating Conversations: Stories from a Rural-Urban Dialogue on Food, Faith, Farming and the Land, a new 248-page book of articles, photos, quotes, lively email exchanges and more. With more than 30 contributors, the book is unique in that it offers a wide and divergent range of views within a single volume.

The following article is my contribution to the book. It is adapted from Germinating Conversations and reprinted by permission.

In principle, I believe it is important to dialogue across the craggy gap that separates small farmers and big farmers. But in practice, after a summer of spray planes overhead and subsidy announcements for the never-satisfied big boys, I feel a lot more like ranting than chatting.

On one level, I have felt really good about the times I participated in Germinating Conversations events. As much as big farmers get under my skin, I am genuinely curious about their operations and appreciative of their practicality. When I get face-to-face with people of differing views, I almost always realize they are less wrong, and I am less right than I felt previously. I have never regretted engaging in conversation with someone of differing views, and I have done it on a number of fronts in addition to farming.

But I came to a sour realization last February. I attended an Ag Canada focus group session for which I was randomly selected. I listened to several typical farmers for most of two hours. It was sad. Their disdain for any whiff of taxes was matched only by their dogmatic sense of entitlement to ever-more generous government subsidies. And, of course, they felt “the consumer” doesn’t understand them at all, and any hint of criticism is unthinkably unfounded. Their overwhelming concern was for one thing, and that one thing was not the health of Canadians or the vitality of the planet or their families’ quality of life.

I found it repulsive.

Not that it mattered, but I shared how my wife and I are proud to receive no government subsidies, and we have great relations with consumers. On the question of what people in the room do to address climate change, I didn’t even bother saying that basically everything we do falls into that category.

Then they all swaggered off in their shiny 4x4s, or at least that’s what it felt like.

It is not as though I did not already know that farmers tend to resent taxes, are quick to the subsidy trough, and get suspiciously defensive in the face of criticism. I knew that, but hearing it so nakedly reminded me how big the gap in values really is between small and big farmers.

The focus group certainly didn’t make me want to sit down with more farmers. The big farmers around the Germinating Conversations table would not sound quite the same as those focus-group farmers, but they are willing participants in the same government-coddled, carbon-committed, profit-driven, health-oblivious food system that delivers obesity, unthinkable amounts of waste, unconscionable advertising aimed at kids, low prices to consumers and, above all, profits to shareholders—all of this whether or not an individual big farmer has a meaningful moment smelling the fresh earth crouched down in a field in spring. With its subsidies—including a direct subsidy for every ounce of gas and diesel consumed—and environmental externalities, it is a system that directly and effectively undercuts our efforts as small farmers, however imperfect our efforts are.

Is that how we talk at Germinating Conversations events? We have gotten close on occasion, but much goes unsaid. It takes frustratingly long to get to the crux. Or maybe my frustration is just that I am too chicken—no offence to chickens—to say what I need to say when I have the chance. Maybe it’s just taxing to be an outlier watching a $600,000 combine and a bulldozer of a food system drive by while I’m on my knees in the dirt.

Despite the sour feeling in my heart, I still believe dialogue is essential. Two reasons:

First, we are all on God’s good earth together, and we have to find a way to make it work. Polarization is perhaps the greatest threat, and the only way to address it is to listen genuinely to people of differing inclination. Sometimes there is something more important than being right.

Second, small farmers and city foodies need to talk with big farmers, because without land there is no food, and big farmers control nearly all of the arable land. My guess is that it is slightly easier to win them over than buy them out. I don’t see too many other options. We gotta eat.

I recognize my comments are raw. As a family we have put a lot on the line with our little small-ag lifestyle experiment. We have made many financial sacrifices. In so many ways we love what we do. To a large extent, we eat what we produce and produce what we eat. It is an incredible privilege. Every plant that grows and animal that is born is a blessing. We are tremendously grateful.

This life also comes with constant reminders that we are outliers. Hundreds of times a year we see pieces of equipment drive right past our yard that are worth more than our entire property. Every church occasion includes food from the system we work so hard to replace. Every government program and announcement reminds us that we are on the fringe. Of course, the big farmers feel they are on their own fringe, too, hard done by in an urbanizing world with an enemy Liberal government.

The crazy thing is that, despite the harsh feelings I have about big farmers, if I were to run into one of the big farmers I have gotten to know through Germinating Conversations, I would be genuinely happy to see them. Just the thought of it now makes me happy. For despite whatever has been lacking or unsaid in the dialogue to date, just the coming close has created friendship. And I suspect there is something about friendship that supersedes any debate over glyphosate, purple gas, or wetland drainage.

Perhaps in winter, when the bombardment of sprayers has abated, I might feel more like talking. Hopefully. And hopefully the topic of their all-inclusive winter getaways won’t come up.

(* In Manitoba, farmers have long used fuel that is dyed purple to distinguish it from regular fuel. This purple gas is not subject to the same taxes as other fuel.)

Will Braun and his family live on a 3.5-hectare property south of Morden, Man. They raise purebred Icelandic sheep and bees and tend a garden. They are part of Pembina Mennonite Fellowship.

Germinating Conversations is available from CommonWord.ca at bit.ly/3oTBfGE. To read an interview with Marta Bunnett Wiebe, the book’s editor, visit bit.ly/GermCon

This article appears in the June 7, 2021 print issue, with the headline “Germinating Conversations.” 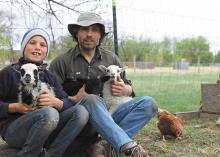 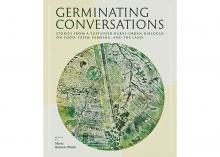 Germinating Conversations: Stories from a Rural-Urban Dialogue on Food, Faith, Farming and the Land 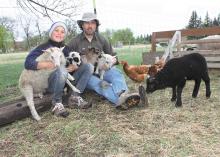 I have been having germinating conversations almost daily with farmers and people working in growing food for almost 40 years. I have been fortunate to have these conversations at the kitchen tables of backyard egg farmers in the Philippines, in the dining halls of Hutterite Colonies in Western Canada and in the boardrooms of big farmers in the Mid West United States. What I find and hear is far from repulsive. For the most part each of these farmers has a deep respect for their land, their animals, and a genuine concern for the complex issues of growing food. I also find that when I have these discussions with people who are not involved in growing food, that I must continually “check” my bias, to ensure that I am open and listening.

I do agree with Mr. Braun that polarization is perhaps the greatest threat, and that dialogue is essential, but his sarcastic and irrelevant comments “swaggered off in their shiny 4X4’s” and “the topic of their all-inclusive winter getaways won’t come up” only serves to increase polarization and discourage dialogue.

I am happy to see that Mr. Braun appreciates the incredible privilege that he has in choosing his lifestyle and how he grows his food. Many people in the World do not have that choice. Maybe the key to Mr. Braun’s frustration is to let go of his bias of farmers and how food is grown and really begin to listen.