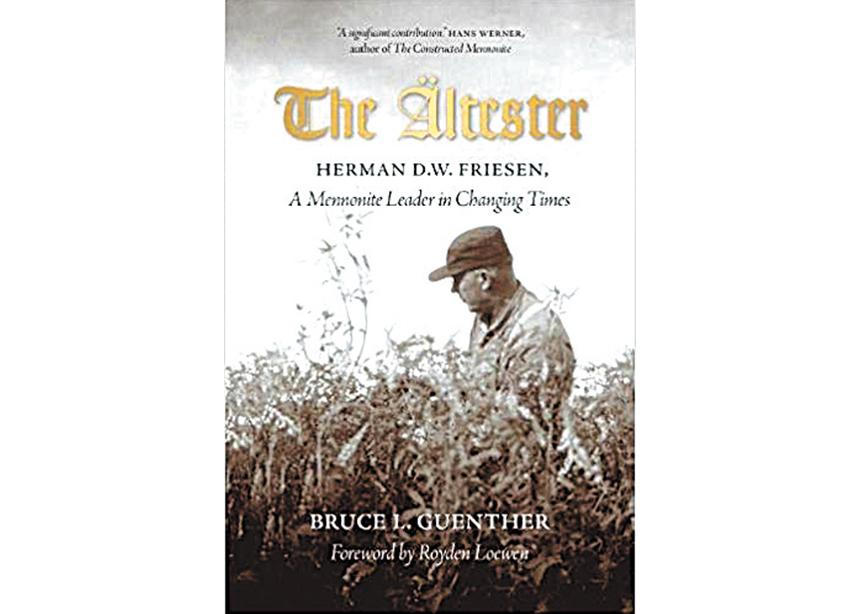 Although Bruce Guenther set out to write a biography of his grandfather, Herman D.W. Friesen, it turned out to be more of a history of the Old Colony Mennonites in the Hague-Osler area of Saskatchewan.

Guenther had no diaries or personal letters to work with, and some of the relatives were reticent to talk about their personal experiences with Friesen, so personal information was limited. However, The Ältester provides a valuable description of this Old Colony community and how it changed under Friesen’s leadership.

In the 1890s, Mennonite families from Manitoba began moving to the Hague-Osler Reserve in what was then the Northwest Territories, including the families of Herman Friesen and his wife, Margaretha Banman. Their parents had been born in Russia, arriving in southern Manitoba in the 1870s. Twenty years later, land opportunities were taking homesteaders farther west, where they again tried to establish the traditional Mennonite village way of life.

In the early 1920s, while Herman and Margaretha were still teenagers, thousands of their people moved to Mexico rather than submit to the requirement to send their children to English-language public schools. The pressure was intense, as Manitoba and Saskatchewan wanted to make these German-speaking children of conscientious objectors into better Canadian citizens. Between 1918 and 1925, many Old Colony families were prosecuted, resulting in fines and imprisonment.

The move to Mexico was intended to include the entire Old Colony Mennonite Church, and in Manitoba most people moved. In the Hague-Osler area of Saskatchewan, where the community was less established, only a quarter of the Old Colony people emigrated. The people of Hague-Osler had not been included in the original land deal in Chihuahua, Mexico, so some of them moved to Durango State later.

There was no official Old Colony church in Manitoba for a time, but in Hague-Osler two ministers never left. In 1930, Johann Loeppky was chosen as the new Ältester (elder) by the Old Colony people who remained in Canada. Church leaders in Mexico did not sanction this move, and fraternal ties were broken between the churches in Mexico and Canada. Loeppky helped to organize the Old Colony Mennonite Church in Manitoba in 1936.

Herman and Margaretha were married in 1928 and were blessed with 13 children. They struggled during the 1930s, but eventually their farm prospered. Herman was not hesitant to use new technology and machinery, and the family used cars, telephones, electricity and radios, as they became available. When he became a minister in 1962, he became stricter, but under his leadership the Old Colony community became less culturally isolated than it had been. After his death, it again moved in a more traditional direction.

The 65 sermons in Herman Friesen’s collection were handwritten in German Gothic script. This book includes some short descriptions of them and the complete text of several more, as well as a chart showing all the places he preached. Together with the biographical details collected by Guenther, it provides good insight into the life of Old Colony Mennonites in Saskatchewan.

It is a shame that so little personal information about Herman Friesen is available, resulting in a rather sketchy character profile, but Guenther has produced an important history of Old Colony Mennonites in Canada. 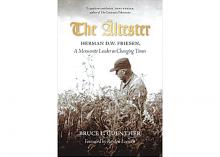 I remember that my great grandfather was as "Altester" in the Rosthern area prior to 1923, in the Bergthaler religion, I think. He and some of his family moved to Cuauhtémoc, Mexico, area.

Very interesting times. Thank you for your article.