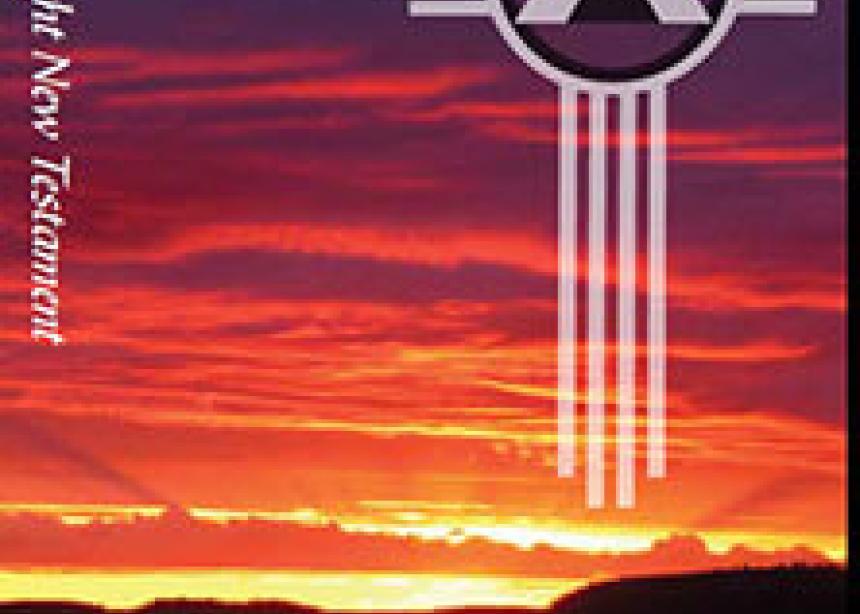 Last November, Vic Bartel and John Ilg pulled into the northern Manitoba Cree community of Cross Lake with a thousand Bibles. The Bibles had been requested by the local Pentecostal church and supplied by Canadian LifeLight Ministries. Neither Bartel nor Ilg had made such a delivery before.

Upon arrival in Cross Lake, the two men—both retired Winnipeggers who attend Mennonite Church Canada congregations—ended up sitting in on part of a contentious community meeting, having supper with people from the Pentecostal church, delivering the Bibles and hearing the Cree-Irish hotel owner’s assessment of the community’s challenges. They pulled out of town the next morning before breakfast with less cargo but more questions.

An obvious question was whether the Bibles would be read. As the men learned when they got to Cross Lake, the Bibles were to be included in Christmas hampers.

The even more obvious question—one that follows many visitors to indigenous communities upon their return to non-indigenous Canada, and one that indeed follows Canada itself as it plods through history—was: What can be done to improve the lot of indigenous people?

Walter Bergen says questions and ambiguity come with the territory. He is the national team leader for Canadian LifeLight Ministries and the person who asked Ilg and Bartel to make the delivery. In the past 18 months, the Winnipeg-based ministry has delivered about 20,000 Bibles, complete with testimonials from indigenous people, to indigenous groups from B.C. to Ontario to the far north.

Bergen, who attends Emmanuel Mennonite Church in Abbotsford, B.C., is passionate about working with indigenous church leaders. He freely confesses his own cultural biases as a “settler” and his desire to address those biases. During a visit to Hope Mennonite, Bartel’s church in Winnipeg, Bergen was asked: “Isn’t distributing Bibles to first nations colonial?”

In a phone interview, Bergen says something that turns the question around. He says part of his process of addressing cultural bias is to trust indigenous church leaders when they request copies of the Bible for their people, rather than to ask his culturally laden questions.

He is not talking about blind trust either, but rather trust within the context of relationships he has developed with these church leaders. The Cross Lake example was somewhat unique in that the request came via another Bible distribution organization that community members had originally contacted.

Bergen’s views, alongside the view of the person who suggested the Bible delivery was “colonial,” illustrates the diversity within MC Canada.

It’s complicated. Three MC Canada people provide free Bibles to a Pentecostal congregation that rents an under-utilized Mennonite church in a remote Cree community that was home to a Catholic residential school until 1969, as well as a United Church day school, and is now led by a chief, Cathy Merrick, who spent part of her earlier years as a foster child in the home of the Mennonite missionary there. As in most indigenous communities, despite the catastrophic impact of Christianity, a good number of people are Christian.

At the thought of unloading a thousand Bibles into that context, some of us cringe, while some of us praise God. Some question, some trust.

Some of us are much more comfortable with less overtly religious efforts to reach out to indigenous people. Some of us think it is high time for Mennonites to do a lot more overtly religious outreach. After all, we believe in the power of the Scriptures to change lives, do we not? Why would we refuse any request for a Bible?

Bergen speaks about holistic ministry, by which he means an approach that addresses spiritual healing. “Broken people actually need their lives transformed,” he says, adding that he has no illusion that Bibles alone will solve all the needs of a community like Cross Lake. He prays that LifeLight’s “small piece” will be part of a “larger plan that God has.”

In reflecting on the trip to Cross Lake and how the Bible informs the situation, Bartel talks about the Doctrine of Discovery, a view that was, sadly, “born within the confines of the church” and granted “some people more rights and privileges than others.” He says it is the responsibility of those who want to follow Jesus to counteract this by loving their neighbours despite perceived differences, and working not to view anyone as “other.”

Bergen says he is “seeking to be less colonial each day” and to “honour relationships” he has developed with indigenous people. As for LifeLight, he says it tries to do Bible distribution “honourably” amidst the complexities and ambiguities. 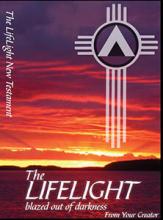