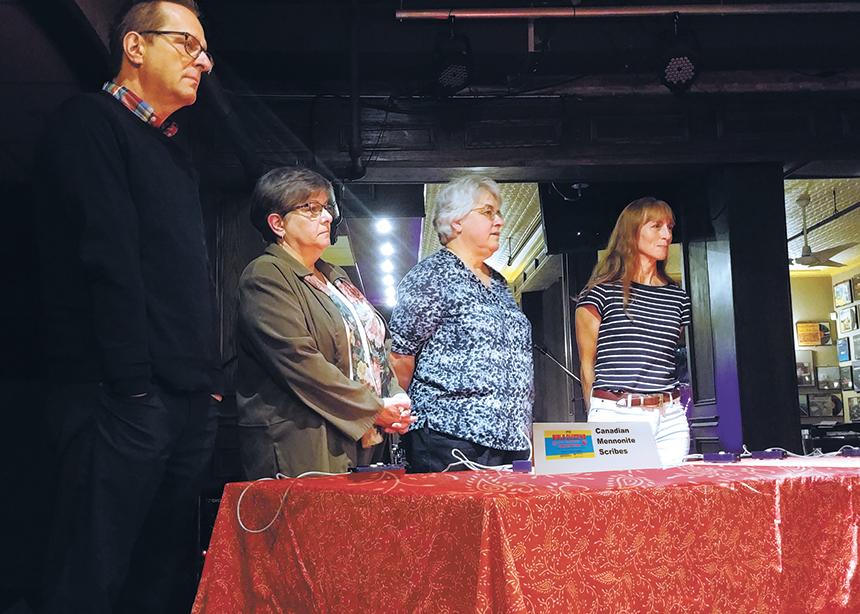 As people gathered for the Bible Quizzing for Grown-ups event on Sept. 30 at the Huether Hotel in Waterloo, the room buzzed with conversation, but when the quizmasters began reading questions from the Gospel of Luke, the room went quiet. The mood was light-hearted, but definitely competitive as eight teams listened intently and searched their memories for the right answers.

This Bible trivia fundraiser was organized by Jessica Reesor-Rempel and Tamara Shantz, who work with Pastors in Exile (PiE), an organization that strives to connect local young people with vibrant faith experiences, whether or not they are inside the walls of a church.

Many participants were familiar with church-organized Bible quizzing for teenagers, but this format combined a pub trivia style with the more traditional Mennonite buzzer questions. Teams worked together in the first three rounds and wrote their answers to verbal questions.

The second round was an interesting interlude, as teams were given a list of imaginative Facebook posts; the teams needed to match the Facebook status updates with a character from Luke. A succession of people could be found at Kim Penner’s table after each round, appealing to the judge, arguing that their answers should be deemed acceptable.

Points were tallied after the third round and the top two teams were called to the stage for a series of buzzer questions that only one person had the opportunity to answer. The final round was 60 seconds of rapid-fire questions to individual members of the two top teams.

When signing up to join the competition, each team was given the challenge of getting pledges, and by the end of the evening more than $4,000 had been raised for PiE. Teams had only an extra week to compete for top fundraiser. The prize, a dessert soiree hosted by Gini Bechtel, went to the Possibly Notable Camels team. In the end, more than $6,000 was raised for PiE.

Although the competitive spirit ran high, there was consensus that this definitely was an enjoyable event. 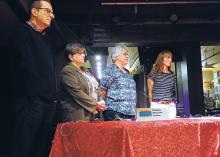