Mixed feelings as congregation is replanted by MB church 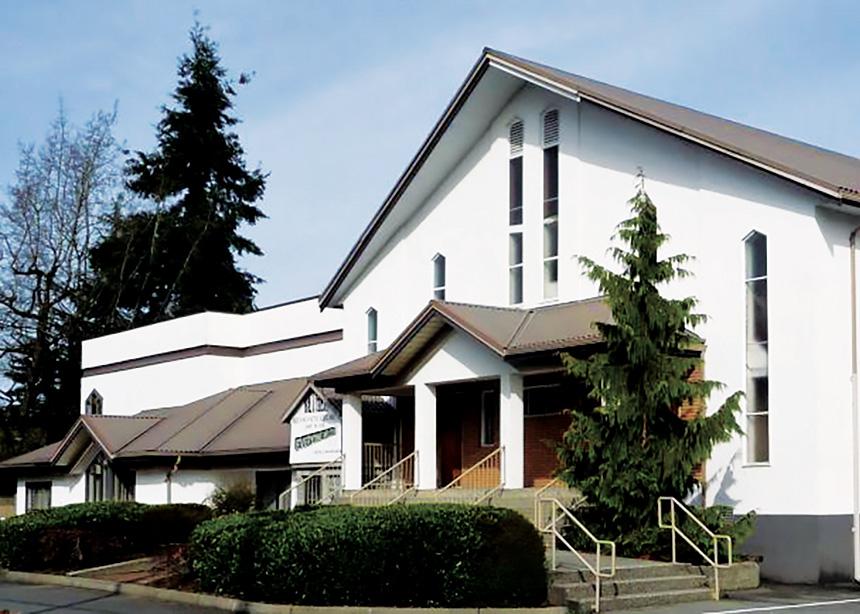 More than 80 years of ministry in B.C. as Bethel Mennonite Church came to a close this summer when the building was given to the MB conference to be replanted as a campus of North Langley Community Church. (Internet photo)

Bethel Mennonite Church of Langley, one of the oldest congregations in Mennonite Church British Columbia, held its last service on June 26. However, its doors are not closed; the church will continue to function under a new identity and a new affiliation.

As of July 1, the former Bethel church became the location for the Aldergrove campus of North Langley Community Church (NLCC), a multi-site Mennonite Brethren congregation. The property title has been transferred from Bethel Mennonite Church to NLCC.

Bethel members had voted in April to merge with North Langley following a lengthy discussion of how both congregations could best serve their community. North Langley already had two campuses in the Langley area and had been looking to expand in the Aldergrove area.

“We are so grateful to God that, after months of prayer and discussion, the congregation of Bethel Mennonite Church has approved a merger that will see a new campus of NLCC planted through the amazingly generous donation of the property and building!” says a statement from North Langley.

According to Terry Christie, the former Bethel church chair, declining membership over the last few years was one reason for the change, but not the sole one. One result of a visioning process in 2019 encouraged the congregation to “begin to think and act like a church plant.” Last fall, Bethel became aware of North Langley’s plans to start a church plant in the area, and Bethel’s pastor, Jon Reesor, initiated a conversation with the MB congregation about a possible joint ministry.

Over the next few months, Bethel’s board of elders sent out many notices to members, and held extensive meetings, wanting everyone to be fully informed as they discussed the pros and cons of either revitalization as Bethel, or a possible merger with North Langley. Earlier this year, the board tried to address all possible questions and developed a memo of understanding in preparation for a congregational vote.

The vote on April 24 resulted in 88 percent in favour of the merger. Alignment with the MBs necessitated severing ties with MC B.C. Some members have chosen to leave the church as a result; others, says Christie, are enthusiastic, calling it “really exciting,” and think “it’s going to be a great thing.” Current Bethel members will be invited to join North Langley after a brief informational membership session in the fall and individual meetings with pastoral staff.

In June, a series of Sunday sermons helped with the transition, as the congregation concluded its identity as Bethel. In the final message on June 26, Reesor talked about the “profoundly significant” change taking place, as he recognized conflicting feelings of “grief, thankfulness and hope.”

Throughout the process, all agreed that “God had to be in this,” says Christie. “We prayed and prayed and prayed.” Even as discussion was taking place, it was recognized that no matter what the vote result, not everyone would be happy. “We tried to be careful and considerate, and didn’t want to leave anybody behind,” he says, but they realized some would choose not to be part of the new venture.

Among those who opposed the merger, various concerns emerged:

While MC B.C. understood the decision was made for practical reasons of survival, rather than dissatisfaction with MC B.C., leadership still expressed some sadness over Bethel’s decision.

Executive minister Garry Janzen says: “It was disappointing that Bethel chose to align with NLCC instead of coming to MC B.C. for help with revitalization. We understand that the Bethel people felt they had no option other than to be taken over as part of the core group of an NLCC church plant, with additional new people being brought in who are already at NLCC and live in the vicinity.

“The narrative that the Bethel people were believing is that they were tired and had no more ministry energy or resources. The narrative that MC B.C. would have encouraged them to accept is that God is at work, you have all that God needs, and we will help you to be the church God wants you to be. MC B.C. works with the people who are already there, building together with them according to their vision, and aligning with what God is already doing in the neighbourhood.”

Gerry Grunau, MC B.C.’s chair, says: “MC B.C. mourns the withdrawal of Bethel Mennonite Church from MC B.C. Leaders from Bethel have nurtured their congregation and have contributed to the leadership of Mennonite organizations across Canada. We are grateful for the leadership that Bethel has provided, and thank God for those blessings.”

While the building on 56th Avenue is closed for several months to accommodate renovations, congregants are encouraged to worship at one of North Langley’s other campuses or visit other churches. Plans are for the new North Langley Aldergrove campus church to launch with its first official service in October. Kevin Schultz of North Langley will be lead pastor, with Reesor assuming the role of half-time associate pastor.

—Corrected Aug. 25, 2022. This article originally stated incorrectly that the property title was transferred from MC B.C. to the B.C. Conference of Mennonite Brethren Churches. The article has been updated. 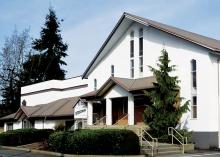 More than 80 years of ministry in B.C. as Bethel Mennonite Church came to a close this summer when the building was given to the MB conference to be replanted as a campus of North Langley Community Church. (Internet photo)

I was intrigued to read the story of this “merger.”

The article states: “Current Bethel members will be invited to join North Langley after a brief informational membership session in the fall and individual meetings with pastoral staff.”

This does not appear to fit into any definition of “merger” that I can find. At first glance it looks like NLCC is the entity that former Bethel members may apply to join. Are NLCC members also to go through a similar vetting process?

If the answer is no, then there are no grounds for calling it a merger.