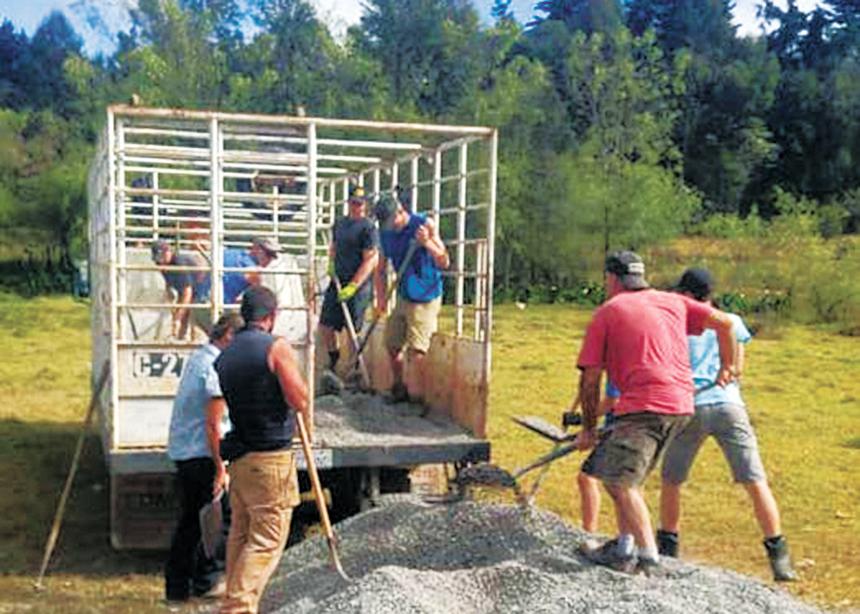 Members of Bethany Mennonite Church shovel gravel onto a truck to transport it to the next well site in the mountains of Guatemala. (Photo by Herb Sawatzky)

Before there was a mission trip to Guatemala last month, there was a fundraising lunch of hot chili the month before.

More than a hundred friends and family of the five teenage boys and two fathers going to work with Wells of Hope in Jalapa gathered together on Jan. 27 at Bethany Mennonite Church in Virgil. There were 11 entries in this chili cook-off fundraiser, judged on the basis of aroma, texture, colour, taste and aftertaste. Bragging rights was the prize for first place.

The lunch raised $1,540 to help cover travel expenses and a $4,030 donation to Wells of Hope, an interdenominational group with roots in the Niagara Peninsula, started by Ted and Miriam van der Zalm in 2004.

Wells of Hope started by hand digging wells for fresh water, as the local water was contaminated and causing illness, especially in young children. It now uses machines to dig as deep as 250 metres. As this is a specialized process, volunteers no longer dig wells; instead, they work on other projects.

This year’s team helped load and deliver bricks to construction sites for building small houses; the bricks are made locally by hand. The team also helped build and install new cookstoves that use less wood and produce less exhaust, which is important, as there are no chimneys in the homes. Their work was high in the mountains with Indigenous Guatemalan people, who were re-settled there in the 1950s and 1960s, when the government cleared the land.

The Feb. 1 to 9 trip was the second missions trip to Guatemala undertaken by members of the church, according to Pastor Herb Sawatzky.

This was Colton Sawatzky’s first trip to a developing country and, after seeing pictures of houses made of cornstalks, he says he is thankful for what he has and would like to share with others. His father Herb had gone on a mission trip earlier, and Colton says it was an eye-opening experience for him, one that changed his dad’s perspective.

Evan Vanvliet had been to Ecuador with his family to visit four children that they sponsored there. He has seen poverty, and how differently people in the Third World live from that in North America, and he knows how emotional a trip like this can be.

Ryley Vahrmeyer decided to join his friends Colton and Evan on this trip. After seeing pictures of last year’s project, he felt motivated to help.

Samuel Beifuss was more excited than nervous going on his first missions trip. He earned some of the money to help pay his way. Saying that he takes a lot for granted in his life, he felt the trip gave him a better understanding of how others live in the world, and it helped him be more appreciative of his life.

The other adult sponsor was Chris Wiens, who went with his son Jarrod. 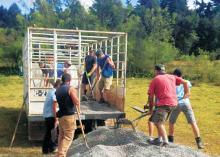 Members of Bethany Mennonite Church shovel gravel onto a truck to transport it to the next well site in the mountains of Guatemala. (Photo by Herb Sawatzky) 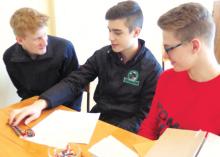