The beauty in difference 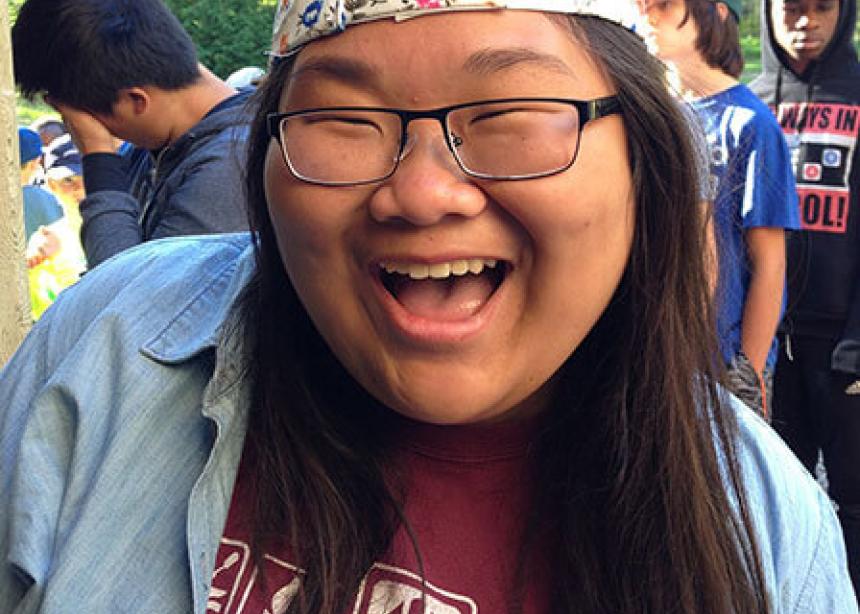 Yun Lin is a staff member at Fraser Lake Camp near Bancroft, Ont., and brings joy to everyone she meets.

I’m an archetype. My family immigrated to Canada when I was 6, and while I went to school, my parents worked tirelessly to support me. They uprooted their lives in hope of a better tomorrow for their child. My story is that of millions of immigrant children in Canada and around the world. At 10, unfortunate circumstances led to my placement in the foster-care system for six months. I became distrustful and resentful of those around me.

One summer morning, my foster mom brought up the idea of going to an overnight camp called Fraser Lake. Initially hesitant, I was talked into it, and off I went for a week into the untamed wilderness of Northern Ontario.

In that one week at camp, I had the privilege of experiencing an environment away from the city. Fraser Lake was a haven where I swam in a lake for the first time, which, by the way, is an incredibly healing thing. It’s where I learned how to canoe, build a fire and play guitar; where I spent days running around trying to figure out what exciting thing to tackle next, and nights laughing in the cabin while practising for the talent show at the end of the week.

Most importantly, it was where I realized that for the first time in forever, I was genuinely happy. After I went home, I made a promise to myself that I would keep going back to camp and eventually become a staff member.

Apart from the practical skills acquired, that week at Fraser Lake Camp placed me back on the journey towards realizing my own worth. In what would normally be a point of contention back at home, the diversity of the campers at Fraser Lake was a celebration of the beauty in difference—a wonderful portrait of love, friendship and acceptance regardless of where you were from.

I often reflect on how I’ve gotten to the position that I’m in right now, happily serving as the president of Amnesty International at York University in Toronto, from which I will graduate in June, while gearing up for a master’s degree in social work. It always comes back to camp.

Fraser Lake has moulded me into the conscientious, communicative and outgoing person that I am today, and continues to provide guidance for my envisioned future. The lessons I’ve learned from camp will stay with me for the rest of my life. Oh, and probably also the piece of glitter that’s permanently in my hair! 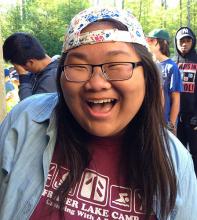 Yun Lin is a staff member at Fraser Lake Camp near Bancroft, Ont., and brings joy to everyone she meets.

It warms my heart to hear about other children experiencing positive outcomes from going to camp at Fraser Lake. You also have helped these children learn about the Lord and learn to get along with each other with love, caring and respectful hearts. My foster son Alex, who is a counselor, also has grown in so many ways as he helps other children. Thank you so much. God bless you all as you continue in the positive good work you do for the children.