Bearing witness to something greater

For Krista Loewen, working as a pastor is a privilege 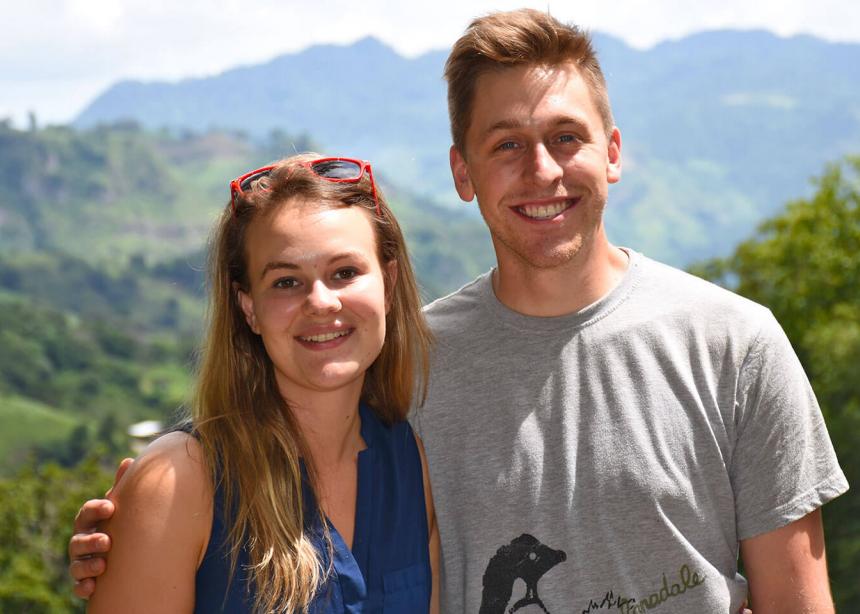 In recent months, Krista Loewen has been thinking a lot about Jeremiah 29:11: “For surely I know the plans I have for you, says the Lord, plans for your welfare and not for harm, to give you a future with hope.”

For Loewen, who serves as associate pastor of Wildwood Mennonite Church in Saskatoon, the verse provides assurance. “I feel like I’m going to be continually discerning whether or not I should be a pastor,” the 26-year-old says. “I struggle with vocation and calling, so it’s helpful to remind myself that God has a plan for me.”

Growing up in Fort Langley, B.C., Loewen never seriously considered going into formal ministry. “A pretty common thread in my story is that I never thought I would be a pastor,” she says. “I continually told myself that wasn’t for me.”

Asked to describe her faith journey, Loewen says, “I’m the product of a lot of the typical Mennonite programs for young people.” She went to church with her family at Langley Mennonite Fellowship, spent summers at Camp Squeah, and participated in !Explore, Anabaptist Mennonite Biblical Seminary’s theological program for high-school youth.

“I wouldn’t say one of them stood out as being the formative thing, but I definitely participated in a lot of things that made me who I am today,” Loewen says.

A powerful moment occurred in junior high when, after coming home from the youth group she attended at a local Mennonite Brethren church, she was praying. She describes it as having a conversation with God, and she remembers talking about how she felt as though she had never felt God before. “Can you let me know that you’re with me?” she asked.

She immediately felt God’s presence. Goosebumps formed all over her arms, and she began to cry. “I don’t remember what the primary emotion was,” Loewen says. “My guess is that it was a sense of relief, maybe, or surrendering—knowing I was doing something that was connecting with God in some way. It was a strong sense of God being with me.”

The experience was formative for Loewen. “I’d asked to feel God’s presence and then when I prayed, I felt something,” she says. “For me, that was a good indicator that God was real and there in my life.”

Loewen had aspirations to become a nurse, and after high school she was accepted into a nursing program in B.C. She deferred for a year so she could study at Canadian Mennonite University (CMU) in Winnipeg. A year at CMU turned into a few years, and she graduated from the university with a bachelor of arts degree, double majoring in biblical and theological studies as well as peace and conflict transformation studies.

While studying at CMU, Loewen did a pastoral internship at Lethbridge Mennonite Church in Alberta. It was a positive experience, but Loewen left the practicum feeling like she did not want to become a pastor. “I think it was because I didn’t have good experiences preaching, and I think I felt intimidated or nervous to do ‘real’ pastor things . . . like hospital visits,” she says. “I just didn’t feel an overwhelming call.”

Still, two years later, when she was looking to move to Saskatchewan to be with her fiancé—now husband—David Epp, Loewen applied to work at Wildwood Mennonite. At the time, it was largely a matter of needing a job. Today, she thoroughly enjoys her role as one of the church’s pastors.

Although she never saw herself going into formal ministry, Loewen feels honoured to work in the church. “I feel privileged that the job I have requires me to be attentive to my faith, because I think it’s really easy to forget about taking care of my own spiritual self,” she says, adding that she also feels privileged that she gets to walk alongside people and play a part in their faith formation: “A lot of times, God is doing something in someone’s life, and I bear witness to that on a semi-regular basis.”

The best moments in ministry, she adds, are beyond her control. “The things I remember the most are when I feel God shows up and does more of the work [and it’s] not me doing the work.”

One such instance happened this past July when Loewen was co-leading #CovenantCrew2.0, the Mennonite Church Canada youth assembly. During the first afternoon of their canoe trip, an intense rainstorm started just as everyone was setting up their tents. Loewen thought the rainstorm would dampen everyone’s enthusiasm, but the rain soon cleared and a gigantic rainbow appeared in the sky. It was fitting, given that they had just finished talking about God’s promise to Noah in Genesis.

“When those moments happen, it [shows me] there’s something so much greater happening than what I am doing,” Loewen says. “I really cherish those moments.”

More stories about the journey to ministry:
Letting Christ abide, from Saskatchewan to Gambia
Outside his comfort zone
Flipping on the pastor switch
Remade from the inside out