Balance and beauty found in The Harmony Tree 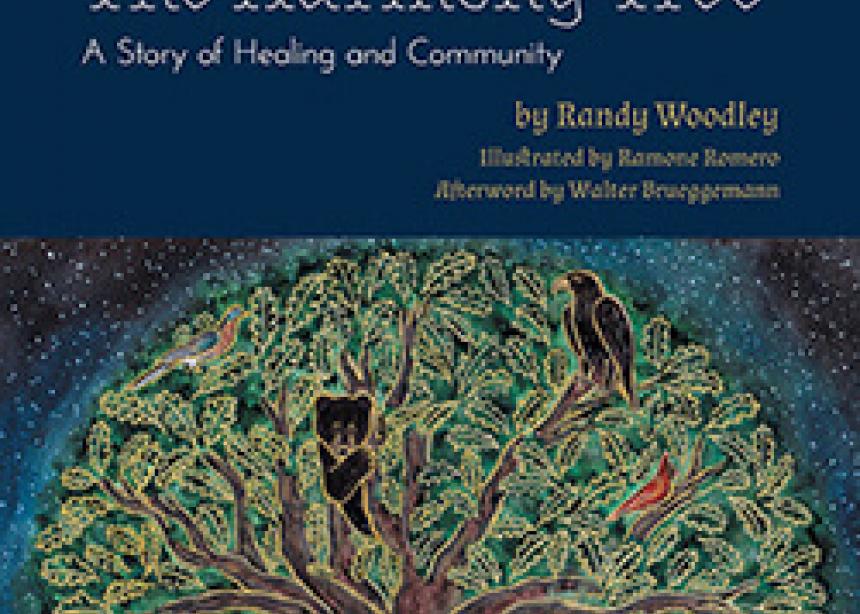 Yearning for eloheh (ae-luh-hay) is clearly evident in Randy Woodley’s new children’s picture book, The Harmony Tree, published by Mennonite Church Canada this year. Richly illustrated by Ramone Romero and with an afterword by theologian Walter Brueggemann, the story speaks about healing and community through a deeply rooted, God-centred indigenous view of creation.

Woodley, who describes himself as a teacher, poet, activist, former pastor and farmer, says eloheh is the Cherokee concept of harmony, balance, well-being and abundance that is synonymous with shalom. His Keetoowah Cherokee heritage intricately connects all of those qualities with the beauty and wisdom of God’s creation.

In The Harmony Tree, Grandmother Oak is spared by loggers who clear-cut her forest, leaving her alone until new houses—and newly planted trees—appear. Her new companions are shallow and self-centred until they are faced with their innate frailty in the midst of wind and storm. They turn to Grandmother Oak for advice. Grandmother Oak shares her history and wisdom about the land and how she came to have such deep roots, and through her stories the other trees gradually learn to grow stronger, too.

The Harmony Tree unfolds in poetic language that is gentle on the ear even as it issues a warning. Between these tensions, the story evokes a sense of ancient wisdom and hope for the current generation and those to come. The dedication reads: “To my grandchildren, and to yours, and to theirs.”

As a distinguished professor of faith and culture and director of intercultural and indigenous studies at George Fox Evangelical Seminary in Portland, Ore., Woodley might seem busy enough. But he is also co-founder of Eagle’s Wings Ministry and Eloheh Farm with his wife Edith. They live on the farm, a sustainable, regenerative agricultural operation that uses no chemicals or genetically modified organisms, and practises “traditional indigenous knowledge.”

“It’s a model farm so people can learn and repeat what they see and be inspired to get started on that path,” Woodley says. “Maybe it’s just growing one tomato, and sharing and saving seeds. They have the opportunity to see the cycle of creation repeat itself over and over again.”

The farm feeds its own small community and donates food to homeless groups.

“Some people might call it [the community] a church, but we don’t,” Woodley says.

Woodley is convinced that the surest way to eloheh or shalom is through the indigenous worldview that holds all aspects of creation in relationship. Although he has spent most of his career sharing these perspectives with adults, he knew he needed to do more. “I realized I needed to start with children and get them thinking about these kinds of things: harmony, the need for people to get along. The trees are a metaphor for peoples of all nations.”

He has three clear objectives for the book:

“I wrote it for kids, but it’s also for adults,” he says of The Harmony Tree.

Woodley’s multi-faceted career began to take shape after he spent two years as a Baptist minister in Alaska. He calls them his “missionary oppressor years.” “I came out of there thinking there must be a better way to share [faith] with my people than what I was taught,” he says.

Since then, he has actively pursued inclusive expressions of faith amid ethnic and racial diversity. He is a founding board member of the North American Institute for Indigenous Theological Studies and an avid writer. Woodley, who was invited to write The Harmony Tree by Steve Heinrichs, MC Canada’s director of indigenous relations, has collaborated with him on a number of projects, including the book Buffalo Shout, Salmon Cry. 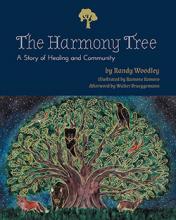