Assembly 2016 resolution about more than BDS 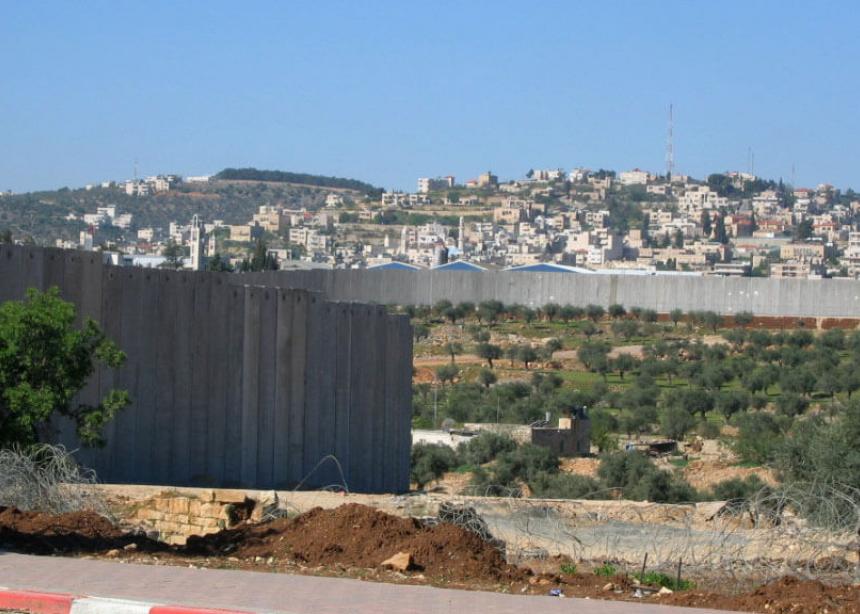 “In this resolution we are not taking sides between Israel and Palestine,” said Palmer Becker at Mennonite Church Canada’s Assembly 2016. “We support the need for a safe place to live for both Israeli Jews and the Palestinian Arabs. We grieve whenever there is loss of life, whether that is Palestinian or Israeli.”

The resolution supporting justice for Palestinian and Israeli people was moved by Byron Rempel-Burkholder in response to a request from Palestinian Christians, and seconded by Becker.

Mennonite Church Canada (MC Canada) delegates voted 342 to 1 in favour of supporting the numerous actions included in the resolution. These actions were designed to address the plight of Palestinian people who are asking that “the global church come alongside the Palestinian people as they suffer under Israel’s 49-year military occupation of their lands,” according to the resolution. (See a report on the Assembly 2016 decision and the full document here.)

For nearly seven decades, Mennonites have lived and served in Palestine and Israel, encouraging hope and healing for all people groups through a variety of ministries.

Willard Metzger, MC Canada’s executive director, recently accompanied a tour group to the region with other leaders of Mennonite denominations in Canada. With numerous prior trips under his belt, he noted a marked change in the atmosphere. “I heard less optimism from Palestinians than I heard six years ago,” he said. “They used to speak with a sense of hope and resistance to the oppression they are experiencing, but now they seem to regard global economic action as the last resort.”

Both Palestinian and Israeli groups reporting on the delegate decision have distilled the entire resolution down to one action that would support boycott, divestment and sanctions (BDS) against Israel.

But church leaders point out that the action supported by delegates is more nuanced than full-out compliance with BDS: It recognizes harm done to both people groups; acknowledges that there are peace and justice seekers in both Palestinian and Israeli communities; and supports continued learning, prayer and grace from MC Canada individuals and congregations about the complex situation.

In summary, the MC Canada resolution on Palestine and Israel seeks:

The delegate decision sparked strong and sometimes hostile criticism from pro-Israeli groups. Metzger and moderator Calvin Quan have met with representatives of the Canadian Rabbinic Caucus, the Centre for Israel and Jewish Affairs, and the Simon Wiesenthal Center.

“It is disappointing that these groups are unwilling to discuss the situation unless we pull back from any and all economic sanctions,” said Metzger. “That is disheartening, but we will continue to move forward, letting the gospel of Jesus Christ guide and grace our responses.”

Not all Jewish groups are opposed to BDS. Organized groups such as Independent Jewish Voices Canada, and Jewish Voice for Peace and Rabbis for Human Rights in the U.S., recognize injustices against Palestinians and believe that economic sanctions are helpful, often citing such sanctions as a key factor in the demise of apartheid in South Africa. Meanwhile, Metzger continues looking for Jewish and Palestinian groups in Canada with whom to promote understanding and create an alternative voice.