The Ascension of our Lord

To proclaim repentance and forgiveness of sins in his name 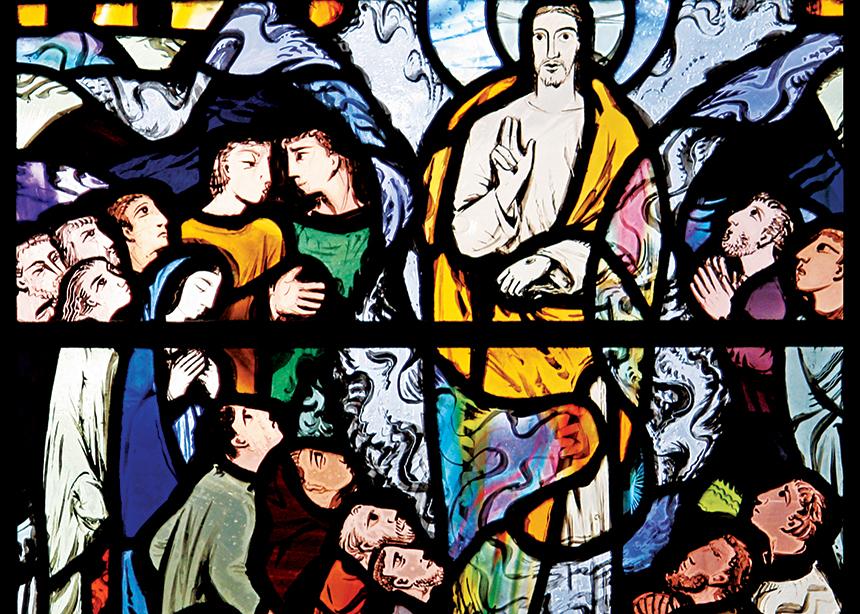 Today’s readings have made me think a great deal about the remarkable year Mary and I spent living on an Old Order Mennonite farm early in our marriage. We continue to thank God for that year and for Joseph and Erma having had the courage to take us into their home.

But what’s the connection between today’s texts and that experience? It is this: The very first Old Order church service we attended in the spring of 1978 was, in fact, to mark the Ascension of our Lord. It was on a Thursday and we were both struck by how Ascension Day was given the same weight in that community as Christmas and Easter.

So Ascension Day is a big deal for Old Order Mennonites, but what about for “new order” and progressive Mennonites? It certainly does carry less weight than Easter or Christmas in our circles, doesn’t it? I wonder if perfectly modern Mennos would be more inclined to mock than revere Ascension Day, what with a stick-figure Jesus somehow rising up through the clouds with no oxygen mask in sight. But such mockery comes at a great price, I think.

So, as a sort of ode to the faith of the Old Orders, I offer three foundational truths to the Christian faith that are at the heart of today’s readings:

- The first truth is, simply, that the Ascension makes it clear that Christ rose from the dead. There was a physicality to his Resurrection; otherwise, no Ascension was required. We see that physicality affirmed in Acts 1: 9: “[A]nd as they [the disciples] were watching Jesus was lifted up, and a cloud took him out of sight.”

- And this relates to the second truth affirmed in our readings: The Christ who was raised from the dead by his heavenly Father, and whose Ascension we mark this day, now sits at the right hand in the heavenly places, as Paul writes in Ephesians 1:20: “God put this power to work in Christ when he raised him from the dead and seated him at his right hand in the heavenly places.”

- And the third truth is revealed when two angels suddenly appear just after Jesus has ascended. They ask the still-startled disciples: “Men of Galilee, why do you stand looking up toward heaven? This Jesus who has been taken up from you into heaven will come in the same way as you saw him go into heaven” (Acts 1:11). Those words make me think of that great hymn: “Lo He Comes with Clouds Ascending,” based on an even greater text: Revelation 1:7.

So there you have it: the mystery of our faith in three essential formulations that mark this day, and are bedrock for our Old Order brothers and sisters. The risen Christ our Lord has ascended into the heavenly places; he is now seated at the right hand of the Father; and, finally, this same Christ our Lord will come again, and, when he does, it will be to bring all of history to an end as he will judge the living and the dead. There is a lifetime of prayer, reflection and praise in these three interconnected affirmations, but merely to state them does not answer what their relevance is for us, if anything.

Christ’s Ascension reminds us, first of all, that we will also one day rise from the dead, as will those whom we love and who have died already. For we do not believe that those who have died are somehow already floating in heaven in disembodied form, as though finally and forever released from their physical beings. On the contrary, the church believes that those who have died await a time, at the end of time, when they will be fully and finally redeemed in Christ, body and soul (Confession of Faith in a Mennonite Perspective, Article 24).

I know that this goes against the dominant Celine Dion cultural-type of a spirit somehow floating up to who knows where, a vision of death that is as profoundly unchristian as it is profoundly commonplace in many funerals that I’ve attended.

Finally, the Ascension of our Lord reminds us that we, here, today, need to live every minute of our lives in expectation of Christ’s imminent return in glory, when he will come to judge the living and dead. There is no news greater than this, and it is for good reason that the church has always turned to the assurance of Christ’s imminent return as its greatest hope and deepest joy in times of persecution, then and now.

I think we should all be humbled and challenged by that truth, especially if we feel totally at ease in a society that happily declares itself to be totally unmoored from the Christian faith.

But there is one more question that needs to be answered, and it is this: What are we to do in this in-between time as we wait in joyful expectation of Christ’s return in glory? After, all, Ephesians 1:23 boldly declares that we are nothing if we are not “Christ’s body, the fullness of him who fills all in all.” So how can our churches who are nothing if not the body of our Lord live out this time?

At last we arrive at the verse that took my breath away when my eyes were opened to it this week after having read the passage from Luke umpteen times before. It is where Christ gives his disciples their marching orders immediately before his Ascension in Luke 24: 46-47. These are Christ’s final instructions to his followers: “Thus it is written that the Messiah is to suffer and to rise from the dead on the third day, and that repentance and forgiveness of sins is to be proclaimed in his name to all nations.”

I wonder how much you think our churches today are faithful to this call for us to be the voice of repentance and the forgiveness of sins in Christ’s name to a world in need of no less. I wonder how comfortable you are with this as Christ’s final instruction to you before his Ascension.

We might wish for any other last call from Christ than this one, but, like it or not, it is the call that we have been given. And, to be honest, this is truly good news, for each of us knows how far our own lives have fallen short of the glory of God. We all sin. We all know what it is like daily to drink water that will not quench our thirst. We all know what it is like to put our faith in false Gods, to deny our Lord in what we have done and what we have failed to do.

And, in some mysterious way, we know that in Christ we can become a people redeemed, a new creation in his name. And in time we know that Christ himself, as told in Luke’s Gospel, will send his Holy Spirit to clothe his church with the power it needs to live out Christ’s command.

So let us join our Old Order brothers and sisters and the worldwide church this day in proclaiming good news to a world in need: “For this day our resurrected Lord has ascended to the right hand of the Father. May we also rise to the heavenly places through Jesus Christ our Lord, and may it be so one day for those who have already died in his name. And in this in-between time, as we await the ascended Christ’s return in glory, may our churches and homes be places of true and caring love, a love marked by the call of repentance and the forgiveness of sins in the name of Jesus Christ, to whom be glory forever and ever, Amen.”

Leonard G. Friesen attends Waterloo North Mennonite Church and Our Lady of Lourdes Parish, both of which are in Waterloo, Ont. 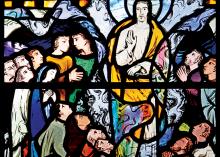