In her book The White Mosque, Somali-American Mennonite author Sofia Samatar weaves her story with that of the apocalyptic ‘Great Trek’ of Mennonites to Central Asia in the 1880s 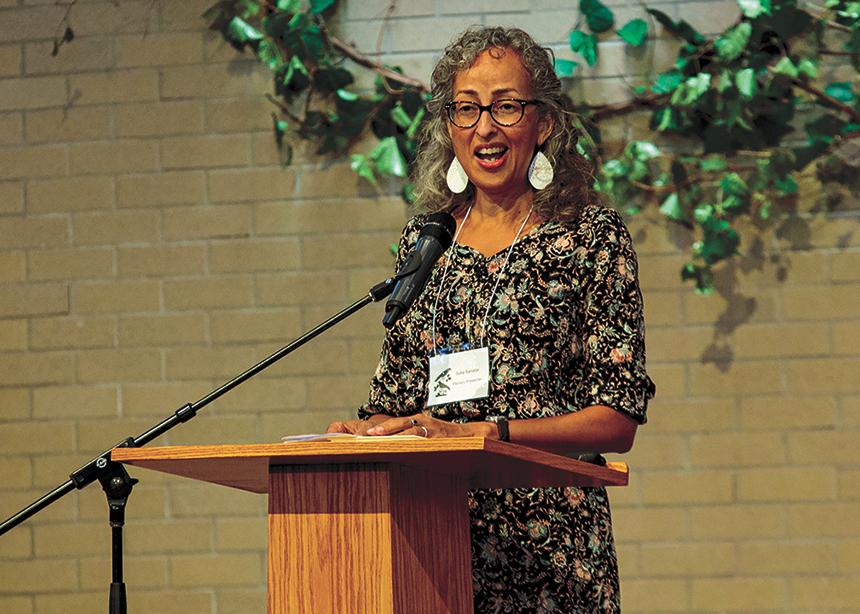 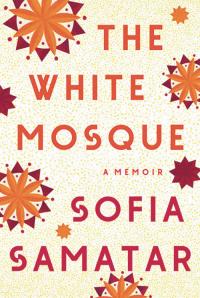 When Sofia Samatar took an American literature class at Goshen (Ind.) College more than 20 years ago, she wrote a paper about Walt Whitman, who is sometimes called the “good grey poet.” Among the thousands of student papers I read, this one stands out.

What made it remarkable was the way she complicated the meanings of “good” and “grey,” showing an ability, much like the poet’s own, to read radically, viewing both words and their contexts through many prisms.

To draw on the words of Whitman, one of her many literary mentors, Samatar is “large.” She “contains multitudes.” She sings the “body electric” this way: “My mother’s family are Swiss-German Mennonite, my father’s, Somali Muslims. I stand amid this lightning,” she writes.

Samatar chooses to stand with both traditions, inviting one to critique the other, celebrating strengths and observing weaknesses in both.

She worships with Community Mennonite Church in Harrisonburg, Va., knows how to play the “Mennonite game,” has read Ben Goossen’s analysis of Mennonite susceptibility to racism and fascism, and has studied Martyrs Mirror cover to cover. Few of us can match her education in contemporary Mennonite identity. None of us can make those issues more universal, poetic and prophetic.

For Mennonites, Samatar’s memoir The White Mosque, published in 2022 by Catapult, should be required reading.

The plot centres on the so-called Great Trek in which a group of Mennonites from the Molotschna Colony, in present-day Ukraine, travelled to Central Asia in the 1880s. The group was influenced by Claas Epp Jr., who had read a novel about Christ’s return at the end of the world and constructed his own prophecy. He designated March 8, 1889, as the day of the Second Coming and wrote his own book, The Unsealed Prophecy of the Prophet Daniel and the Meaning of the Revelation of Jesus.

Eventually he convinced scores of families to undertake a dangerous journey eastward into unknown territory. They went in part because of Epp’s mesmerizing personality, but also because the Russian government no longer promised exemption from military service.

On top of this backstory, Samatar layers her own participation in a Mennonite and Uzbekistan history tour in 2016. What draws her? A photograph of a plain white cube building. Taken by the Swiss photographer and adventurer Ella Maillart in 1932, the photo depicts the church building of the Mennonite group that split off from Epp’s group and went on to live in the village of Ak Metchet.

The name of this town, where weary travellers found a welcome from the Khan and lived for 50 years, means “white mosque.” The Mennonite church building was called by the obvious name in the local language: mosque. Here was a place where Muslims and Mennonites met in a rare and distinctive way. No wonder the white mosque called to a Somali-American Mennonite writer.

When Samatar met with a group of students of colour in 2016 at Goshen College, they named feelings of isolation they experienced in the presence of what they call “The Mennonite Wall.” As she recounts in the book, Samatar responded as an artist: “[W]hen I heard this, I wanted to write something for those young people who came from the world where most Mennonites live. They were something that seemed very odd, at least at first: a minoritized majority. Among my notes, a scribbled line: Write something to answer their confusion.”

The White Mosque is her answer to the confusion about how a church, which globally has more Black and brown members than white ones, still identifies itself as a white ethnic group. Implicitly, Samatar calls for a church that no longer minoritizes its majority. What could be more relevant to a world filled with strife among many religions and races?

When I read these words in the book, I wept: “Let us recall the reason behind these struggles. The choice of Central Asia, it’s true, is based on prophetic visions, but the original reason for leaving Russia is peace: the refusal of violence, even in self-defense, the refusal to enable the violence of others. In this shining absolutism lies the great honor and dignity of Anabaptist life. This is their gift to the world, and it is the reason the world needs them: These travelers are not just a quaint German-speaking cult but the stewards of a precious ethic.”

Samatar’s purpose is larger than the Mennonite church, yet she does not rush past the church to embrace the world. In fact, she shines a light on the great vision of wholeness that leads a people to long for, search for and, sometimes find, home.

Shirley Hershey Showalter taught at Goshen College from 1976 to 2004 and served as president of the college from 1997 to 2004. A version of this article first appeared in Anabaptist World. Reprinted with permission. 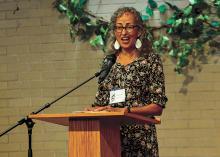