"It's like my mom and dad just told me they are getting a divorce," said the Rev. Brian Hardin, pastor of the Four Winds Mission in Spring Hill, Tennessee, a member of the Anglican Mission. 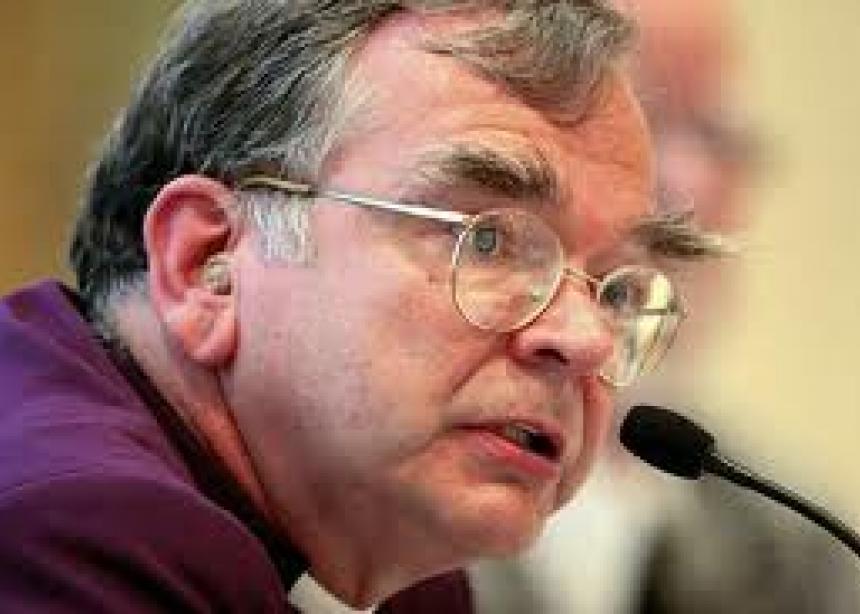 Founded by breakaway U.S. Episcopal priests who left their former denomination because they felt it was too liberal, the Anglican Mission in the Americas is now in the middle of another ugly church feud.

Last time the fight was over sex and salvation. Now the fight is over money and power, between the Anglican Mission's U.S. leaders and the overseas Anglican group that adopted them, Religion News Service reports.

"It's like my mom and dad just told me they are getting a divorce," said the Rev. Brian Hardin, pastor of the Four Winds Mission in Spring Hill, Tennessee, which is a member of the Anglican Mission.

The troubles between the Anglican Mission and its patrons in Rwanda started last year, after former Anglican Archbishop Emmanuel Kolini of Rwanda retired. Kolini had been a friend of American bishop Chuck Murphy, the head of the Anglican Mission, and had taken a hands-off approach.

In return, the Anglican Mission donated millions to the Rwanda church, but the new Rwandan leader, Archbishop Onesphore Rwaje, and Murphy did not see eye to eye.

Rwandan bishops asked for detailed accounts of how the Anglican Mission was spending its money. And Rwaje also disagreed with a plan to change the Anglican Mission, also known as AMIA, into a missionary society instead of being part of the Rwandan church.

"There was a change in vision in how the House of Bishops in Rwanda wanted to deal with AMIA," said Bishop Philip Jones, an AMIA spokesman, and pastor of All Saints Church in Dallas, Texas. Eventually, Murphy was asked to step down, said Jones.

In a letter to Rwaje that accompanied his resignation letter, Murphy compared himself to Moses leading his people out of Egypt in search of the Promised Land. When Murphy quit, Jones and seven other bishops followed. "I didn't think we had any other choice," Jones said.

But not all of their Anglican Mission colleagues agree. Mark Galli, senior managing editor of Christianity Today magazine and a member of an AMIA congregation, said Murphy has caused a schism in the church.

"This is troubling, first, because it contradicts Jesus' expressed prayer for the unity of the church," he wrote on his blog. "Second, it threatens to make a lie of AMIA's posture when we first left the Episcopal Church."

Bishop Terrell Glen, a former AMIA leader who remains part of the Church of Rwanda, said Murphy and other American bishops did the wrong thing by bolting. They had taken a vow of obedience to their bishop, he said, and broke it by quitting. "I don't believe the archbishop was requiring anything of anyone that we could not submit to," he said.

For years, leaders of the Anglican Mission and other breakaway Episcopal groups have tried to get the Anglican Communion to recognize them as a legitimate alternative to the Episcopal Church. This latest split shows how difficult that will be, said Jim Naughton, editor of Episcopalcafe.com and a former spokesman for the Episcopal Diocese of Washington, D.C. "We don't know how much staying power they have," said Naughton.

Naughton also said that the split shows the problem that money plays in the relationship between U.S. church leaders and their African sponsors. Americans have most of the money and they use that money to promote their theological views. That's the case for both conservatives and liberals, said Naughton.

Dealing with the imbalance of money and power will remain a problem in the future, said the Rev. John McDonald, director of the Stanway Institute for World Mission and Evangelism at the Trinity School for Ministry in Ambridge, Pennsylvania. "It cannot simply be that Western churches provide funds and African churches then provide the seal of legitimacy or the protective covering of an Anglican province in return," McDonald said. "It has to be seen as a true partnership."

Before the break, the Anglican Mission had 152 affiliate churches and another 100 congregations in development. About 20 have decided to leave the group already, said the Rev. Cynthia Brust, an AMIA spokeswoman, and observers say more may follow.

One option is joining the fledgling Anglican Church in North America (ACNA), which was founded in 2009 by former Episcopalians and now has about 1,000 churches. ACNA Archbishop Robert Duncan, the former Episcopal bishop of Pittsburgh, said he's been in contact with Anglican Mission churches about their future plans and would welcome them into his fold.

He noted that AMIA leaders have excelled at starting new churches and attracting new people to the Christian faith, but sometimes have trouble following rules. "They are folks who often color outside the lines," he said. "Among Anglicans, both truth and order matter. They have not been so good about accountability and the unity of the church."