From anger to action 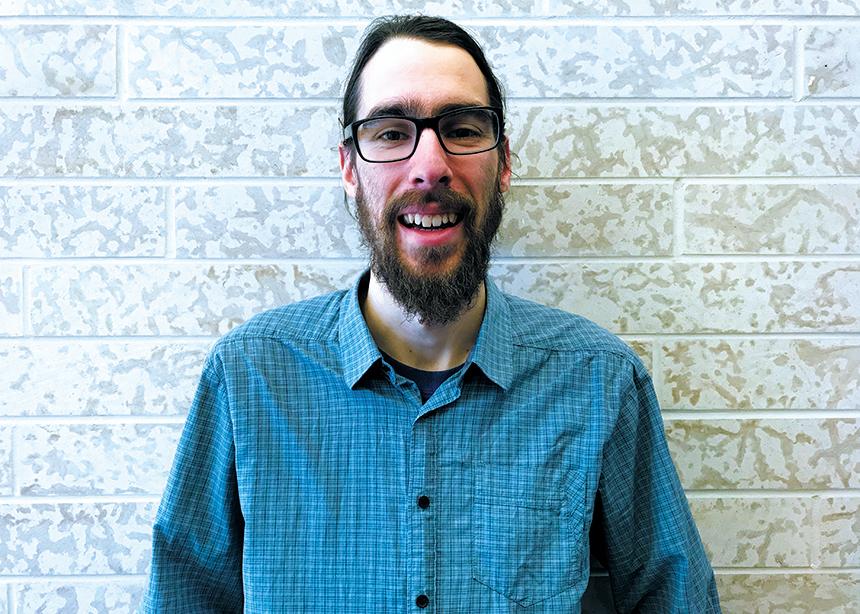 The Winnipegger is the co-author, with Montana-based permaculture expert Paul Wheaton, of Building a Better World in Your Backyard Instead of Being Angry at Bad Guys. Due out later this year, the 200-page book offers practical advice anyone can use to significantly decrease their environmental impact while saving money and living a more enjoyable life.

“I’ve thought about writing a book for a long time but thought it wasn’t something I would do until my 50s or 60s,” says Klassen-Koop, who is 27. “To have this opportunity come up is pretty cool.”

About 70 percent of the book is drawn from articles Wheaton has written, as well as podcasts he’s hosted and presentations and interviews he’s given. Wheaton, a former software engineer, is an advocate for permaculture—a set of design principles inspired by natural systems that can help people take care of the earth and take care of each other. He is the creator of Permies.com, an online community with more than a million visitors each month who are dedicated to building a better world through permaculture.

Committed to educating people, Wheaton has produced more than 200 videos and more than 400 podcasts about permaculture; 76,000 people are subscribed to his YouTube channel, and he commands $4,000 a day—plus expenses—for individual consultations and speaking appearances.

Klassen-Koop had never written a book prior to Building a Better World in Your Backyard Instead of Being Angry at Bad Guys. He has followed Wheaton’s work for a number of years. When Wheaton mused on one of his podcasts that he wished someone would help him take the things he had already written and turn them into a book, Klassen-Koop figured he meant he wanted a friend or fellow expert to help him.

Still, he thought that sending Wheaton an email offering his services couldn’t hurt. “I didn’t think I’d ever hear back from him,” Klassen-Koop recalls. “I heard back the next day, and he said yeah, let’s write a book. For me, it’s been pretty amazing—just the trust that that involves on his part. I’m just some random guy. So, that was really cool.”

The pair started working on the book last February. They initially thought it would be a six-week project but soon decided to spend more time on it to ensure the book’s quality. They spent the rest of 2018 meeting two to five times a week over the internet to work on the book. They will launch a Kickstarter campaign this month to raise the funds needed to publish it.

The goal of the book is to motivate people who are angry about the world’s problems, to take action. It’s aimed at everyone, from environmentalists to money savers to entrepreneurs, and it includes advice for people living in apartments, on city lots and on rural homesteads.

“I think the reason we see so many people angry is because they authentically care but they seem to get stuck at being angry,” Wheaton and Klassen-Koop write in the book’s introduction. “Some people spend 100 hours a week for 20 years being angry, and not much changes, but I think if you spend a tiny fraction of that time doing the things in this book, your global positive impact will be 1,000 times greater.”

Koop, a member of Hope Mennonite Church, is motivated in part by his faith. He fell in love with nature as a teenager while working at Mennonite Church Manitoba’s Camps With Meaning.

In his view, taking environmental stewardship seriously is a way of living out the Christian call to care for one’s neighbour. His definition of “neighbour” includes more than just the people in his immediate surroundings. “Often we think very narrowly in our concept of who our neighbour is,” he says. “I think, by broadening that to include others throughout the world and in the future, it gives us a better perspective to live our lives.”

Klassen-Koop is looking forward to finishing the book. “I’m really excited to get this out there and to share it with people,” he says. 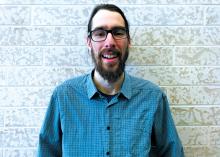 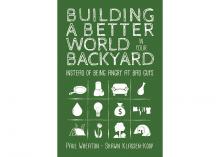