‘This is about us’ 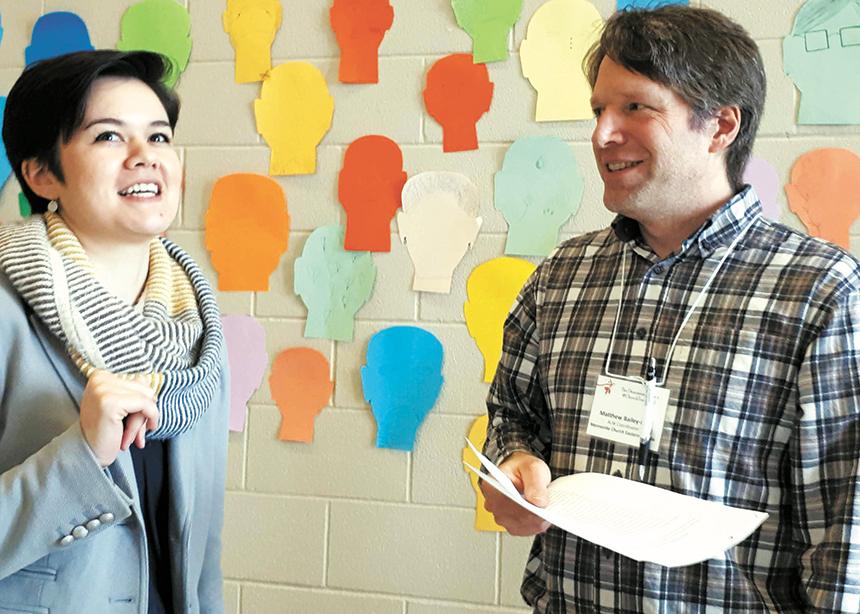 These questions were all addressed during a recent seminar on the practical and spiritual dimensions of #ChurchToo—a spinoff movement of #MeToo—focusing on sexual misconduct in churches. According to seminar leaders, the answers lie in collectively naming and owning this together.

Called “Caregiving in a #ChurchToo world,” the event was held at Steinmann Mennonite Church in Baden, for pastors, chaplains and lay people involved in spiritual caregiving. It was organized by leaders from the Anabaptist Learning Workshop, a program of Mennonite Church Eastern Canada, in cooperation with Conrad Grebel University College, and it included participants from several denominations.

A similar event was held the day before in Kitchener, to train denominational leaders to address sexual misconduct. David Martin, MC Eastern Canada’s executive minister, said it was “rewarding to have 11 denominations working at this together,” and that it was “especially important to involve lay leaders.”

Marie Fortune, an author, lecturer, pastor and theologian, and Emily Cohen, a trainer and curriculum developer, were the resource people from the FaithTrust Institute, an organization working to end sexual and domestic violence.

Fortune called the response to sexual misconduct within the church up to now an “institutional failure,” marked by strategic efforts to minimize the harm done, blame victims and avoid responsibility. The results, she said, have actually jeopardized the church’s present and its future. The church has undermined its credibility and compromised its mission, she said, adding that, instead of protecting the vulnerable, the church has contradicted its own values by protecting itself. She called this betrayal by the church and its leaders “secondary victimization,” in which harm is multiplied and the deepest wounds and trauma occur.

She said sexual misconduct by leaders is a “widespread reality across our faith communities,” to which “no one is immune.” But, she said, the church is at a turning point because survivors of abuse who speak out have reached “a critical mass,” and more people are talking about it. She challenged her listeners to acknowledge that “This is about us,” and to ask, “What are we going to do in response?”

She went on to describe an alternative “justice-making response” congruent with the church’s values, that ends up being in the best interest of everyone involved. She sees a moral imperative within Judaism and Christianity to protect the most vulnerable, citing biblical references to a hospitality code that calls for the protection of widows, orphans and strangers, the most vulnerable groups in that society.

Applied to the church, she said, leaders carry the burden of responsibility to not exploit their vulnerable congregants, who are in the privileged position of trusting their faith leaders. She said it is impossible for people in the church to remain neutral in the face of sexual misconduct, claiming that God calls the church to stand with people who are harmed.

If it is willing to take responsibility through confession, repentance and compassionate restitution, she said the church “can be a real source of healing and justice” for survivors.

Cohen led a workshop exploring how the church can own this justice-making agenda. She shared material from her prevention curriculum, encouraging church leaders to develop clear language and communication around boundaries. She identified several boundary topics for faith leaders to examine, such as power differentials and dual relationships. She explained how boundaries can get muddied; what constitutes a boundary violation; and how different expectations, interpretations and contexts can affect understandings of boundaries.

Both leaders identified self-care as another topic related to boundaries. They cautioned pastors to do their self-care and healing in settings outside of their pastorate, to avoid using congregants for their own purposes.

Times of worship, led by Carol Penner, assistant professor of theological studies at Grebel, opened and closed the day’s activities. Referencing the hymn “I Will Come to You in the Silence,” Fortune said that if people know the truth conveyed in that hymn, “then we are equipped . . . to help each other on this path” of seeking healthy boundaries, congregations and ministries, “so that the mission of the church can be carried to a hurting world.” 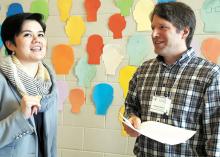