‘We weren’t on the same page’ 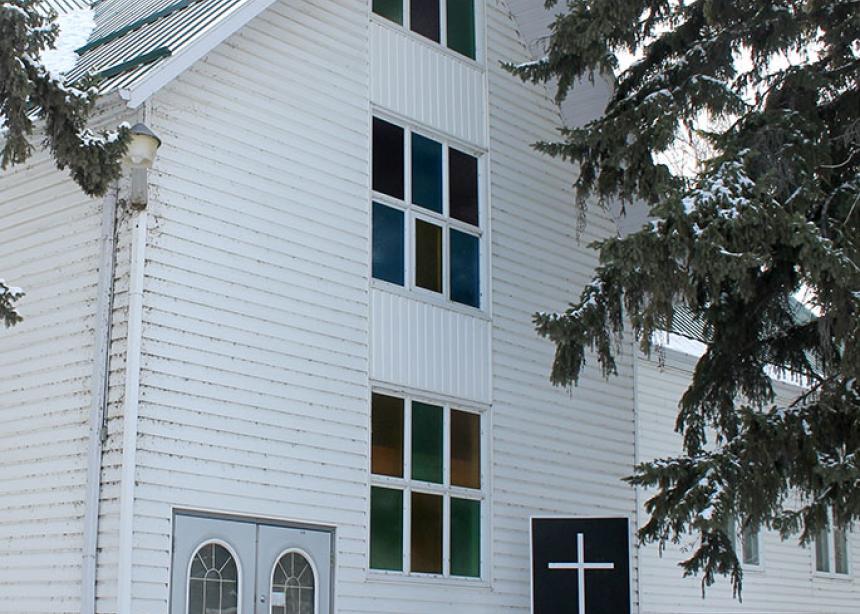 “We have not left. Maybe the [area church] leadership has left, but we have stayed with the Confession of Faith in a Mennonite Perspective.” With these words, Artur Esau, Hague Mennonite Church’s pastor, spoke of his congregation’s withdrawal from Mennonite Church Saskatchewan.

The decision, announced at the area church’s March delegate sessions, “has been 10 years in the making, maybe longer,” said congregational chair Keith Heinrichs. When delegates ratified MC Saskatchewan’s Safe Church Policy in March 2014, Hague Mennonite’s leaders realized “we weren’t on the same page,” and that it was time to make a decision, he said.

Church council called a congregational meeting last June to outline concerns and discuss the matter with members. “Some wanted to vote right away,” said Heinrichs, “but council wanted to give people time to think and pray about the decision.”

Last September, congregants were given four opportunities to cast their ballots. When the votes were tallied, 85 percent favoured withdrawing from MC Saskatchewan. A few members left the church as a result of the decision, but “we would have lost members either way,” said Heinrichs.  “We can’t follow the Confession of Faith and go in the direction that the [area church] is going,” he said.

Esau agreed, noting that within MC Saskatchewan he has witnessed a trend towards an “allegorical way of viewing the Bible. The same-sex issue is just the tip of the iceberg, he said. The iceberg includes liberalism, women in ministry and the peace issue.

“What is taught by the [area church] is peace according to the world, accepting everyone so that we have peace,” he said. Citing Matthew 10:34-35, Esau said, “You’re going to lose some friends if you’re committed to Christ.” But he offered, “When you want to be loving to someone, you tell them the truth.” That truth is found in the Bible. “This church wants to stay as close as possible to what Scripture says,” he said.

Hague Mennonite formally organized in 1903 when Mennonites moved to the area from southern Manitoba. It was originally part of the Rosenort Mennonite group of churches, which included Eigenheim, Tiefengrund, Rosthern and Aberdeen congregations, under the leadership of Peter Regier. By 1929, it had outgrown its first building and erected a larger one. It became known as Hague Mennonite in 1962, when the Rosenort group dissolved.

Although not as large as it once was, the congregation has an average attendance of 80 to 100 people, including many young families, single young adults and teenagers. Along with Esau, the church employs Jesse Doell as part-time youth pastor.

Although now an independent congregation, with no plans of joining another denomination, Hague Mennonite will continue supporting some of MC Saskatchewan’s ministries, such as the Person to Person (P2P) prison visitation program and the Youth Farm Bible Camp. “We didn’t want to end in a bitter way,” said Heinrichs.

In a letter to MC Saskatchewan stating Hague’s intent to withdraw, church leaders wrote, “We . . . wish you God’s blessings, God’s peace, God’s direction, and we would covet the same in return.”

MC Saskatchewan leaders, while lamenting the decision, reciprocated the desire for continued interaction. Replying to Hague Mennonite’s letter, moderator Bruce Jantzen and area church minister Jerry Buhler wrote, “As you have blessed us, we wish you God’s blessing, grace and peace as you work at being faithful in your community.” 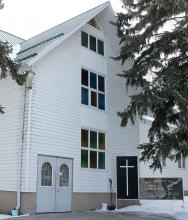