‘We should do this again’

A glimpse of Assembly 2015, a glimpse of God’s intention to bring peoples together, a calling for one multicultural congregation 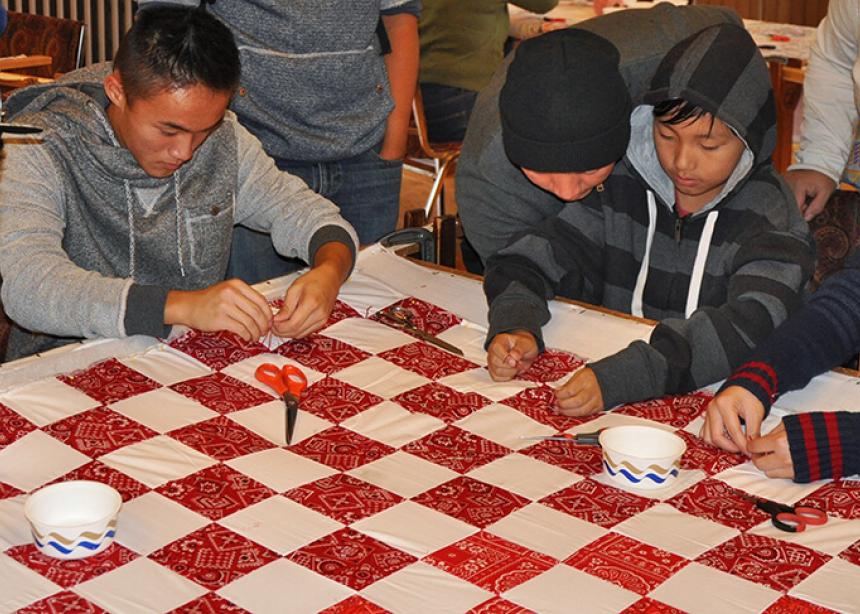 “We should do this again!” commented a Hmong young adult, a sentiment heard often after Kitchener First Mennonite Church’s Assembly Scattered weekend in early October 2015.

Nearly 60 youth, children and adults from the congregation were privileged to gather with almost 8,000 Anabaptist believers from 77 countries in July at the Mennonite World Conference assembly in Harrisburg, Pa. Those who went wanted to share the experience with the home crowd.

With the support of many volunteers and a generous estate gift, the rest of the congregation got to experience a bit of that multicultural worship, service, play and sharing food together with guests from other congregations, including Hmong, Eritrean and South Sudanese brothers and sisters in Christ.

During the afternoon of Oct. 3, First’s space buzzed with Hmong and Swiss and Russian Mennonite men and women comforter-knotting together. South Asian women did henna artistry on the hands of Colombian girls. Eritrean girls served Hmong spring rolls. Central Americans and long-time Canadians of European heritage packed 406 hygiene kits for Mennonite Central Committee. A diversity of children enjoyed craft activities. At a nearby school, players braved the rain for a local version of the “Anabaptist World Cup.” A world feast included main dishes prepared by Hmong, Eritrean, Colombian and South Sudanese participants, accompanied by potluck sharing by all. As at the precedent-setting “green” assembly, meals were served on fully compostable dinnerware.

The assembly experience was also shared at First Mennonite through photos and videos, well-attended story-telling sessions from a variety of ages and perspectives, and singing.

After the potluck supper, the worship space filled with music from around the world and people from at least a half-dozen countries joined in heartfelt praise to God in a variety of languages and took up an offering for Mennonite World Conference.

The morning worship on Oct. 4 echoed the assembly format by including music from the global church, greetings from other denominations (Mennonite Brethren and Brethren in Christ), and a pairing of older and younger adults of two different cultures for the message on community and autonomy, one of the assembly’s themes. 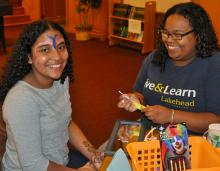