Pastors in Exile prepare for the pulpit 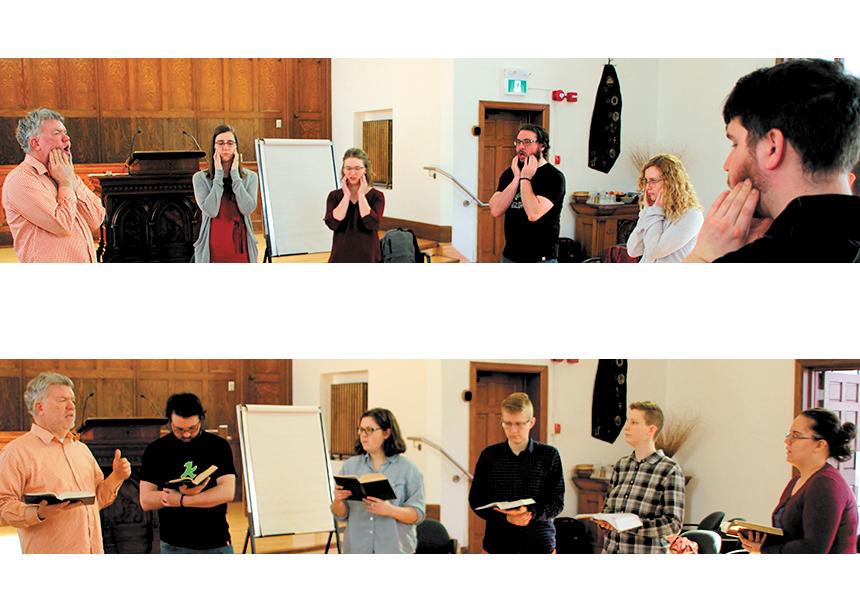 “Preaching is a physical art,” the associate professor of Christian proclamation at Anabaptist Mennonite Biblical Seminary (AMBS) in Elkhart, Ind., told the nine young preachers and leaders gathered at Rockway Mennonite Church in Kitchener on March 17, 2018, for a preaching seminar sponsored by Pastors in Exile (PiE).

He gave a short history of the sermon in the past two centuries. In the 1800s, sermons were often over an hour in length. Since people had a hard time concentrating that long, especially after rigorous work weeks, ushers equipped with long poles would patrol the congregation to awake those who fell asleep. In the 1900s, topical sermons often had three points, while others would move through a biblical passage “verse by verse.”

Rudy-Froese noted that late in the 1900s narrative preaching took hold, in which a conflict is found in the biblical text that needs to be resolved. Various resolutions might be suggested and the best chosen and applied.

In his classes at AMBS he asks each student to use the “four pages of a sermon” technique:

Rudy-Froese responded to Caleb Redekop’s contention that “there isn’t always grace in the text,” by quoting Edward Farley: “Preach the gospel, not always the Bible.” He also counselled cutting out the introduction and minimizing the conclusion, in order to let the congregation figure out how the sermon applies to them.

The PiE preachers each have preaching opportunities from April through June 2018, and will receive ongoing mentorship. Either Jessica Reesor Rempel or Tamara Shantz, the two PiE leaders, will accompany the young preachers to the various churches and give them feedback afterwards. In their preparations, there are plans to gather to exchange ideas on the chosen text of the Samaritan woman at the well in John 4. A special offering for PiE will be received in each congregation. 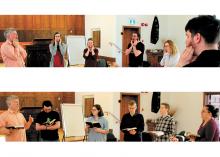