‘Mennonites are serious about climate change’ 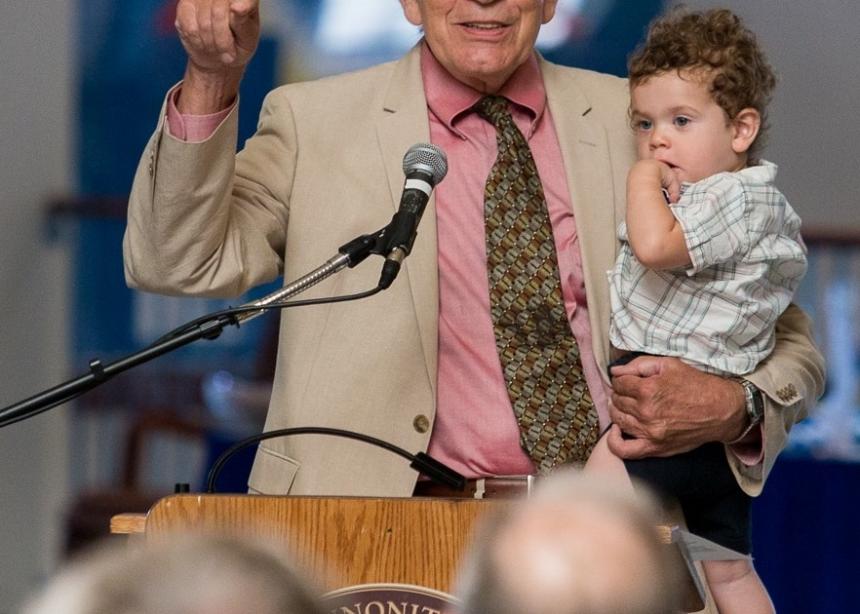 Holding his 19-month-old grandson, Ray Martin told the audience gathered at Eastern Mennonite University (EMU) on Aug. 11 why he had made a generous donation to study and combat the issues of climate change.

“We’re playing fast and loose with God’s creation,” Martin said. “I feel as if I owe it to him,” nodding toward his grandson, “to leave our planet, our earthly home, in good shape.”

The Center for Sustainable Climate Solutions, launched the same day with a $1 million U.S. donation from Martin, will aid that goal. Led by EMU, the Center will also include Goshen (Ind.) College and Mennonite Central Committee as founding institutions, with additional partners expected to join later.

“The Center will stimulate and motivate our commitment at all levels,” Martin said. “It will be a visible statement to the larger world that Mennonites are serious about climate change.” Collaboration with other like-minded groups and organizations will create “an impact felt much beyond Mennonite circles,” he added.

An oversight board, chaired by EMU provost Fred Kniss, is developing more concrete plans and objectives for the Center. Kniss said the work will focus on four areas:

• Connecting with a national and global network;
• Researching best practices;
• Educating by sharing findings; and
• Innovating through new ideas and methods.

“When a generous donor with a passion for addressing an important problem is able to link hands with an institution that shares his or her passion, good things can happen,” Kniss said. “We have an exciting year coming up. There’s a lot of work to do.”

Martin, a native of Lancaster County, Pa., who now lives in northern Virginia, attended Eastern Mennonite College from 1959 to 1961 before finishing his bachelor’s degree in economics at Goshen. He went on to a long career in international development and global health work through USAID, the World Bank and other organizations.

This past April, he contacted EMU to broach the idea of making “a major investment in addressing climate change.”

Martin said he selected EMU to lead the effort due to his familiarity with the school, which was “hugely formative” in his life, along with EMU’s longstanding commitment to sustainability and its innovative, “cutting-edge” spirit with initiatives like the Center for Justice and Peacebuilding and leadership for the Collaborative MBA program.

“EMU’s history and the various programs that EMU conceptualized and launched were just evidence of an institution that had a lot going for it,” Martin said. “I came to see EMU was doing even more than I had realized, and I decided EMU as an institution to lead this might be a good bet.” 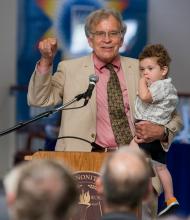