‘I should ask Dad’ 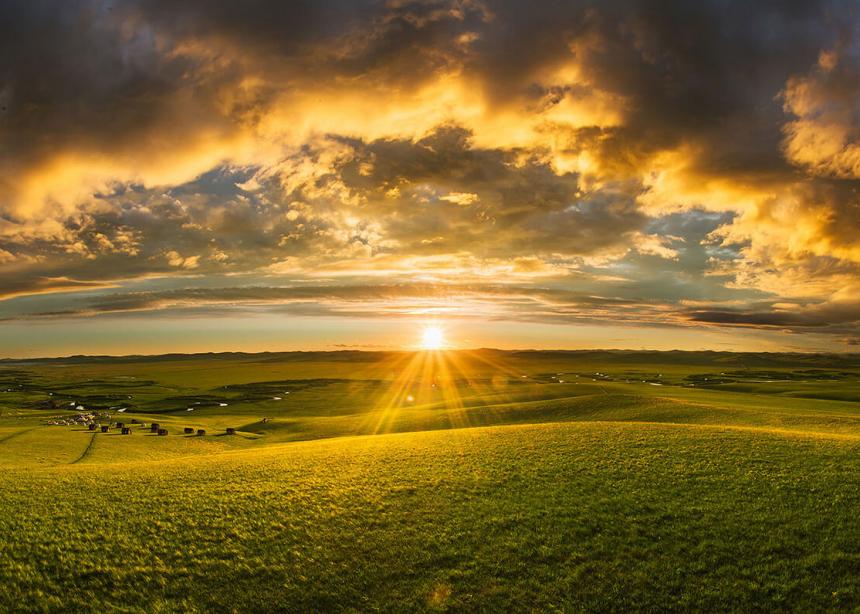 The reason my son and I were driving past the corner of Lake and Lakeshore in St. Catharines, Ont., at 1:30 in the morning of July 11, 2015, was that we had just come from Dad’s deathbed in the Niagara Health System’s St. Catharines site. There was no more asking Dad anything.

I had trained myself to plan things to ask Dad for our weekly Monday evening calls. A difficult relationship with Dad—coming from abuses in my childhood—meant that at first when I took up the task of calling him weekly the calls were short and difficult. I began gathering questions of family history and stories, so that the calls would be more grace filled. Now I had the habit, but no one to ask. Over the ensuing months I came to see that grief was more sharply focussed when the thought of asking Dad would come more often.

Grief as seen through the years

When I began studying to be a pastor in the late 1970s, the study of grief was new. Through the years, grief had been downplayed. Men, and often women, were expected to just go on with their day-to-day behaviour, keeping grief hidden and private.

Elisabeth Kübler-Ross’s book On Death and Dying had been published a decade earlier. She was one of the first to discuss the five stages of grief: denial, anger, bargaining, depression and acceptance. The focus on steps of grief made it seem like grief was a linear process through which people passed, moving from one step to the next. It was possible to slide back into a previous stage, but this was seen as pathological. Someone who didn’t just keep on moving forward was sick.

In my years of ministry, and by observing friends and family, people do sometimes get stuck in grief. Counselling from professional caregivers, as well as patience and much love from both professional and lay caregivers, can help a person resolve the complicated inner tangle that loss brings.

By the time I got to seminary in the late 1980s, we were seeing things in less staged, linear ways. People could cycle around through the various parts over and over again. Each person’s grief would follow its own path, taking varying amounts of time. Differences in grieving in couples, and among friends and family, often brought disagreements and emotional turmoil in relationships, as one did not understand the other, or give the other room to journey through grief in a personal way or on a private schedule.

These differences are seen as a key reason that so many marriages run into difficulties after the death of a child. After my wife Annemarie and I experienced a miscarriage in the early 1980s, we had what I call “the hundred-kilometre fight.” Driving from southern Ontario to Winnipeg about two months after the loss, we argued for more than an hour. Finally I stopped, and we figured out that I was not understanding her need to continue to grieve. Little did I know that I, too, was grieving, albeit more subconsciously. In retrospect, I now see many times in my adult life when I grieved but wasn’t aware of the emotions that I and those around me were experiencing. When I left my first pastorate I later realized that I had allowed all my houseplants to die from lack of care. I see that now as the depression part of grief at work.

Dad taught me a lot about grief in his last years. Mom died in 2008, at age 73, after spending seven years in a nursing home with a degenerative neurological condition. Dad grieved intensely after she died; for years, he often went to her graveside just to weep. As he grew nearer his own death from stage-four prostate cancer, he again began to talk about her and his grief at her loss.

By this time I had come to the conclusion that I neither needed, nor had the ability, to help him move on. It was better that I let him know that I heard him and was with him in his grief. I did notice, though, that when he got bad news about his condition, or the pain level was on the rise, he grieved more. All his losses and distresses became mixed together.

The components of grief

Rather than stages, I prefer to think about grief as components that can follow a progression or move around chaotically:

• Denial is often the first part of grief. When I drive home from a death bed as a pastor, or from planning the funeral with the family, I often feel a disconnect between the reality of the death and the ongoing world around me. My “I should ask Dad” refrain was a minor form of denial as my subconscious was not connecting with the fact that Dad was gone to where I could no longer ask him anything and expect an answer. In severe cases, denial can become psychotic, with a mourner really not believing that the deceased is really gone.

• Anger is another component. Men in western culture are especially prone to anger as an expression of grief. We tend to also externalize anxiety in the same way, lashing out at the world around us that won’t stay put, that is constantly changing, and that is raising in us feelings that we have not been trained to process. I was quite upset with parts of Dad’s funeral service when others decided to discard the scriptures I had chosen and inserted others.

• Physical distress can include psychosomatic symptoms like stomach aches, headaches, tiredness and muscle aches. This is connected with the physical symptoms of depression. I found that after Dad’s death work that would have taken an hour took considerably longer. I couldn’t get as much done; I lacked energy and concentration.

Shortly after Dad died, I went to interview a friend for an article and found that I couldn’t find his place. When I finally arrived, he told me that someone had told him after his dad’s death, to “give it a year” before your mental functions return to normal.

As I write this article I’m mourning the end of a good eight-year pastorate. It was time to leave, but now I feel fatigue and lack of focus again. With Dad, it took nine months before I began to feel normal in energy. Sadness and a desire to not have to process another’s grief or pain were part of this time for me.

• Kübler-Ross’s bargaining is a subconscious attempt to keep life the way it was. But grief is really about rebuilding ourselves and our lives without the person or things that we have lost, be it a job, a possession, a relationship or other precious object of our affection. We cannot bring the dead back. We cannot become young again. Some things are gone forever from our lives.

• But all of us crave central stability. In conscious and unconscious ways we bargain with ourselves, God and others to get things back to where they were. Slowly in the course of grief we create a new normal without that which is lost. This would be acceptance: “It’s going to be okay.” “I can’t fight it.” “I may as well prepare for it.”

Again Kübler-Ross, working in a modern scientific and ordered way of thinking, sees this as a stage, a destination. But my experience of my own grief, and that of others whom I have walked along with as friend or pastor, is that acceptance is a “place” that comes and goes. While March brought more energy and wholeness, Father’s Day, the June anniversary of Dad’s birth and the July anniversary of his death all brought a return of sadness and other signs of grief. He will always be gone. I go on, but without him. But there is certainly more peace now than there was.

Aids along the journey

On this journey I was aided by some significant things and disciplines: the love and care of spouse, children, a granddaughter, friends and peers; the knowledge that this is a normal process that does have a path towards being re-centred and refocussed; patience and gentleness with myself, knowing that this is what happens, that it is good and necessary; self-care—rest, food and drink, prayer, my spiritual director, a support group of peers, journalling; accepting others’ offers of listening, story, observation and contemplation, where I found God gentle and patient with me, sitting as I fumed, as I worried, as I grieved, without judgment or correction.

Grief is coming to terms with the new reality that, as I look at the evening glow of the sky, there is no one between me and it. I am now the one others see in silhouette as they ponder life . . . and death.

1. What has been your experience of losing someone close to you? Have you seen other people grieve differently? How did your parents express grief? Is the grief process different if the loss comes after a prolonged physical decline or dementia?

2. Dave Rogalsky suggests that grief is less a process with consecutive steps, and more a journey that people follow on their own path and time. Have you experienced grief as a series of consecutive steps or a more chaotic path? Which of the components of grief ring true to your experience?

3. “Grief is really about rebuilding ourselves and our lives without the person or things that we have lost, be it a job, a possession, a relationship or other precious object of our affection,” Rogalsky writes. Do you agree? Why might some people have a more challenging time rebuilding their lives than others?

4. Some Mennonite groups wear black for months to express mourning. Can you imagine yourself wearing an outward sign of mourning? Rogalsky lists a number of aids that he found helpful along his grief journey. What have you found to be helpful or unhelpful in processing your grief?

—By Dave Rogalsky and Barb Draper