‘Land rights apply to my church and my home’ 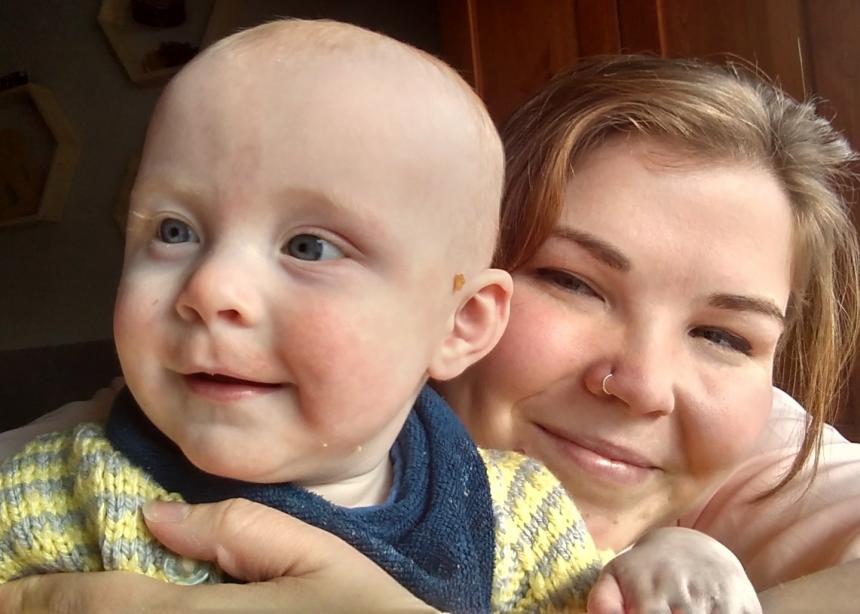 Nine-month-old Junia has just become the youngest participant to join the Pilgrimage for Indigenous Rights, a 600-kilometre walk through from Kitchener-Waterloo, Ont., to Ottawa, taking place from April 23 to May 14, 2017.

Kandace Boos, 28, Junia’s mother, will put in the grunt work of carrying Junia on her back, alongside her task of documenting the walk through her art. Boos is an urban sketch artist, part of a global community of artists who practise drawing in cities, towns and villages they live in or travel to.

As a “core walker,” one of those who plan to walk the entire distance, she will help to raise awareness of the United Nations Declaration on the Rights of Indigenous Peoples (UNDRIP) in churches, teach-ins and conversation circles along the way.

A mother of two, Boos’s interest in peace and justice was piqued when she and her husband Mike began attending Stirling Avenue Mennonite Church in Kitchener about four years ago. Last year, she participated in faith formation classes focussing on indigenous relations. Recently, she joined the Truth and Reconciliation (TRC) Working Group at Stirling.

“Land rights apply to my church and my home,” she said in a Skype interview, adding that she lives right across the street from her church.

“I’m constantly surprised by the focus on peace and justice [at my church],” she said of her experience at Stirling. “It’s a closer form of evangelism to what I understand Jesus would do. It’s a practice and a discipline that will make a difference. I expect to be a different person after the walk. That’s exhilarating!”

The graduate of the BealArt School in London, Ont., and Emmanuel Bible College in Kitchener is an active leader of worship arts at Stirling. Recently, she collaborated with Emma Smith, an Anishinaabe artist from Walpole Island First Nation in southwestern Ontario on a live art creation during a worship service at her church.

“One of the TRC recommendations is for collaborative art between settlers and indigenous peoples,” she said, adding that the two have developed a growing friendship.

She hopes to create an art exhibition of her work and writings, as well as that of other artists she hopes to encounter on the pilgrimage. She said she wants to participate in the pilgrimage because there is so much negativity in the news about minorities and women’s roles in society.

“Part of why I am taking Junia on this pilgrimage is to show her that we can do very hard things, and that the voices and presence of women, even a baby girl and her mother, mean something,” she said. “That we can take on this challenge that many men would never do, to use the white privilege in our presence in Ottawa to amplify the voices of those not as recognized in white urban society.”

Boos has been struggling with severe post-partum depression and is deeply grateful for all the supports—including her church—that are in place for those with mental health struggles.

“If my brain had been in the body of an aboriginal women, I would not have survived,” she said. “I am walking for every aboriginal mother without access to solid prenatal care and post-partum support, every foster kid who doesn't believe life will get better, and for every baby girl growing up with a depressed mother unable to get help.”

To learn more about the Pilgrimage for Indigenous Rights, visit pfir.ca. 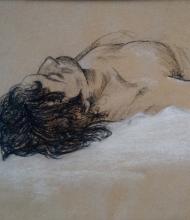