A Canadian observes the Colombian vote 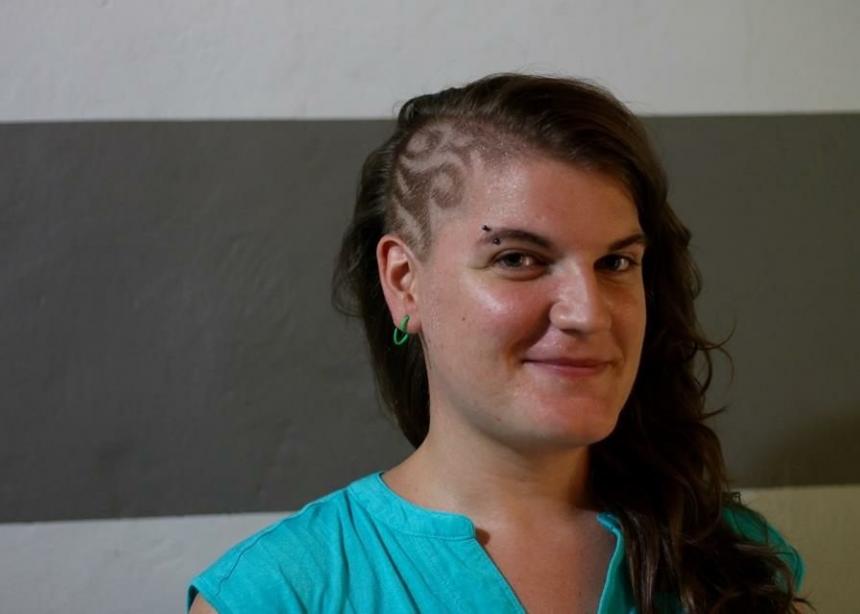 On Monday, September 26, 2016, I flew from Canada back to Colombia more excited than usual. After four years of negotiations with the Revolutionary Armed Forces of Colombia (FARC), Colombia had finally reached a deal, which they would officially ratify that very day.

As I began boarding the plane I saw a cameraman from the CBC news, and my heart fluttered with expectation. Upon landing in Bogotá, I could feel the energy buzzing through the exceptionally long line at customs. I quickly ran downtown to catch the festivities in the main square. Although the official signing was taking place in Cartagena, a historic walled city on the Caribbean coast where Colombia gained its independence, there were tens of thousands of people gathered in the capital to watch the live feed on big screens set up in the square.

I wasn’t prepared for the emotions that overcame me (and the goosebumps!) as I watched a parade of diverse Colombians celebrating this historic day. My friend Carolina turned to me to tell me that I will tell my kids and grandkids about this day. I cried tears of joy when the FARC commander asked for forgiveness from all of the victims and when the president of Colombia declared that the 52-year war was finally over. It was a day filled with hope, and an excitement to continue to work for a just peace on the horizon.

But this peace agreement was negotiated with the understanding that it must then be approved by means of a national referendum. So on Sunday, October 2, Colombians were asked to vote to answer this question: “Do you support the final agreement to end the conflict and the construction of a stable and long-lasting peace?” Yes or No?

The agreement, it has been said, is the best of its kind. It has taken notes from the peace negotiations in Ireland and South Africa, and it has held the victims of the conflict at the centre of the debate. Leading up to the vote, the answer seemed obvious to me. Of course there are some concerns with the agreement, as no peace deal could ever be perfect, but both sides have made compromises over these past four years to come to a solution that will best benefit all sides of the conflict. The vast majority of Colombians I work with are more than ready to leave the war behind them and work towards a lasting peace for the generations to come.

As with all conflict, there’s always another side to the story. Over the past month, ex-president Álvaro Uribe led a strong campaign to vote No. In his terms as president from 2002 to 2010, he fought a dirty war against the FARC and left millions of victims in his wake, using paramilitary forces to carry out massacres and forced disappearances, and killing innocent Colombians to dress them up in FARC uniforms as a claim that he was winning the war.

Now Uribe has come to oppose the peace agreements. He disagrees with the political participation point, which allows for the FARC to obtain 10 seats in the congress and senate for the next two periods of government. He is also against the “Special Jurisdiction for Peace,” a type of truth and reconciliation commission that will allow amnesty for lower-ranking guerrilla fighters and shorter sentences for those who tell the truth.

These are valid reasons to oppose the agreements. What frustrates me is that Uribe carried out yet another “dirty war” with his campaign strategy, in which he saturated the media with misinformation, fear-mongering, and outright lies about the content of the agreements.

On Sunday October 2, Colombia voted “No.” President Juan Manuel Santos had taken a risk by calling the country together to approve the agreement, since average voter turnout in Colombia is remarkably low. Ex-President Uribe capitalized on that and the “No” won by a mere 55,000 votes. Not surprising though, was the resounding “Yes” vote from the rural sector, where communities have historically been hit hardest by the conflict. The grudge of the elite city dweller has won out over the forgiveness of the humble citizen.

It was a very sad day for me and my friends and colleagues. We are not sure about what lies ahead. There is still a lot of uncertainty and instability across the country reeling from an unexpected outcome. There was no Plan B. We mourn for the Colombians who have been working so hard for peace, and who were already celebrating the achievements so far. We will continue to walk with the victims of this seemingly endless war, in hope that future dialogues will lead to a stronger agreement that all Colombians can support.

Hannah Redekop is from Floradale, Ont., and has worked for Christian Peacemaker Teams (CPT) in Colombia since 2013. CPT accompanies rural communities and human rights defenders in their struggle for a just peace. Find out more at CPT Colombia’s Facebook page.

For background, see also:
Saying goodbye to war and hello to peace in Colombia
Accord ends 50 years of war in Colombia
Colombian churches call for prayer

This is a very powerful article that articulates clearly and fairly what we are learning and realizing about the ways in which agreements can be undermined and hard work dismantled. Our prayers continue for the CPTers and others who have worked hard to support and encourage peacemaking. Thanks for sharing Hannah’s article.