‘It’s going to impact how I exist as a Christian’ 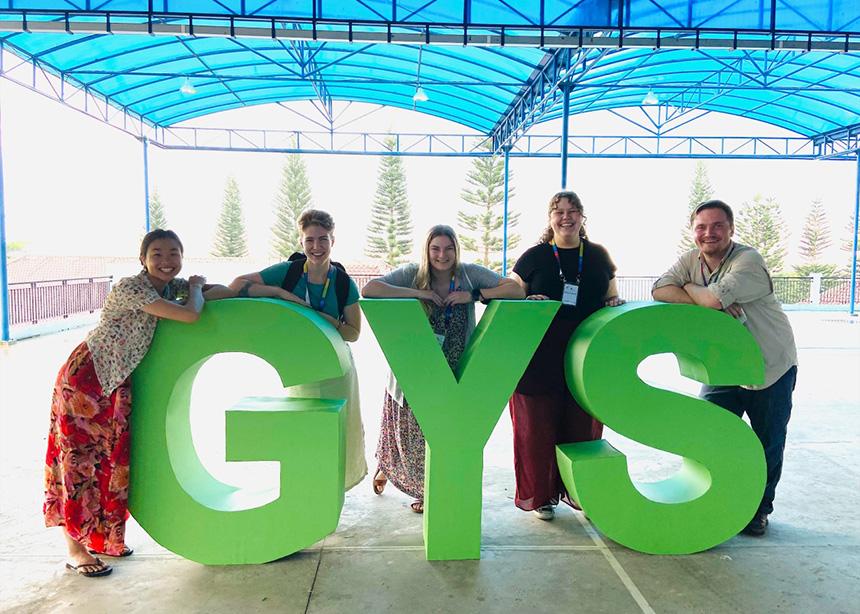 Andrew Klassen Brown wasn’t connecting with the worship at the Global Youth Summit until a quieter service on the final day moved him to tears.

A group of participants from Europe were leading worship at the Summit, held from July 1 to 4 in Salatiga, Indonesia. They included Taizé singing in the service and a time of prayer that was preceded by everyone at the gathering lighting candles, and Klassen Brown started weeping.

“I was bawling pretty hard,” the 29-year-old said. “I’m not typically like that, but I just felt really connected in a way that I haven’t felt in a church-type setting in years.”

It was a highlight of the summit for Klassen Brown, who was one of five young adults—one from each of Mennonite Church Canada’s regional churches—chosen to represent the nationwide church at GYS. Held every six years in the same year as the MWC Assembly, GYS offers Anabaptists between the ages of 18 and 30 from all over the world an opportunity to gather in one place to worship together and learn from each other.

For Rempel, 25, the opportunity to connect with people from other countries was one of the biggest highlights. “I think the one part that’s the most crazy for me is sitting at a table at lunch or breakfast and realizing the people sitting with me are from Zimbabwe and France,” she said.

Being with Anabaptists from around the world was an incredible experience, said Janzen, 26. “Something I really reflected on a lot before coming here is that . . . the white Mennonite church is the minority when it comes to Mennonites in the world,” she said. (More than 50 percent of MWC’s member churches are in Africa.) “So my church experience in Canada is the minority.”

In the delegate sessions she attended, Kong met with 33 other delegates from around the world to discuss how young adult Anabaptists understand the role of the Holy Spirit, as well as the issues and challenges they face in their communities.

“[It was] lots of gathering of information of other cultures and people, which partially I was expecting, but also partially I was not,” the 28-year-old said, adding that she wasn’t expecting to hear delegates critique where they come from. “Often when we go to meet people for the very first time, they want to show the best of themselves, their culture and their country. People here want to be critical, they want to . . . go straight to the meaningful conversations.”

Prior to arriving at GYS, each delegate was tasked with conducting a survey in their church conference/regional church meant to investigate issues and challenges that young Anabaptists experience. Kong collaborated with Rempel, Janzen, Klassen Brown and Madison Harms of Saskatchewan (who was not able to make it to Indonesia and was replaced on the trip by Pederberg), with the goal of surveying at least 50 young adults from MC Canada. In the end, they received 18 responses, which they collated and reflected on before Kong turned it into a report that she presented to her fellow GYS delegates.

The MC Canada representatives were disappointed by the low number of responses, but they were pleased with the level of insight provided by those who filled out the survey. Four themes emerged:

The report includes numerous quotations from survey respondents that illustrate each theme. “Those quotations highlighted the diversity of responses we were given,” Klassen Brown said. “There’s no one young adult perspective or experience, so to have that diversity represented was good.”

Each representative had positive things to say about their experiences at GYS. Kong’s favourite memory was gathering around a massive bonfire on July 3. “It was vibrant, it was warm, and we danced all around it,” she said. “And the most meaningful part was that we experienced it together.”

Having conversations with young adults from different parts of the world was a highlight for Janzen, who recalled a deep discussion with a participant from India, and another who was born in India but has spent significant time living in the United States and now resides in Mexico. The three spoke late into the night about their life experiences and thoughts on church.

“I just love having conversations about things I’ve been thinking about in North America [and] being able to talk about them in a very open and safe environment among friends,” Janzen said. “It made me think a lot, and I think it’s going to impact how I exist as a Christian moving forward.” 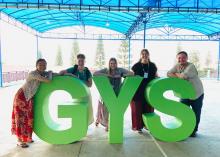