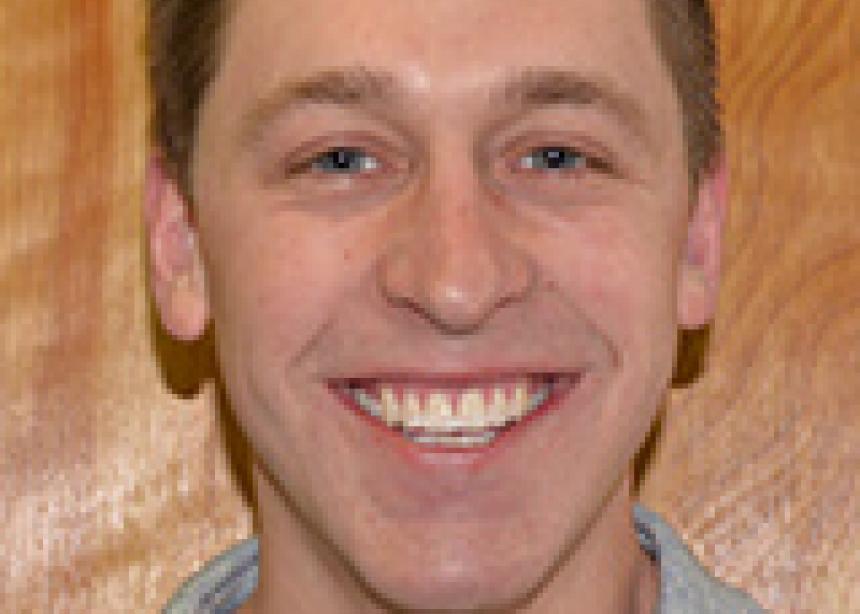 “This is our first kick at the cat,” quips Rosthern Junior College (RJC) principal Jim Epp.

Nevertheless, he is confident his school’s new integrated learning program will be “a dynamic learning experience” for Grade 10 students. “Recognizing that pedagogy and student learning styles are different than they were, we’re offering an educational opportunity that’s different but still very consistent with the mission of our school,” he says.

The program, dubbed Imagine, will involve up to 26 students engaging in a multi-disciplinary learning program.

David Epp, Jim’s son, has been hired as the Grade 10 home room teacher, who will provide instruction in English, Spanish, history and Christian ethics. David says his most deeply meaningful learning experiences have been those in which theories and ideas have been tested with hands-on experience, such as learning both history and biology while gardening with his grandparents. He hopes to create an environment in which his students can enjoy similarly memorable learning opportunities.

To illustrate how this might work, David suggests that a history lecture on the French Revolution might lead to reading poems about equality and freedom, “while also seeing what it means to be the covenant people [of] a liberating God” through a study of the Israelite Exodus from slavery in Egypt.

Jim says most days will probably look like typical school days, with students attending classes and collaborating on projects in the school building. But, as David points out, a significant component of Imagine will take students out of the classroom for day and even overnight trips to sites where theories can be put to the test with experience. Although details have yet to be finalized, David says trips to local organizations, such as Mennonite Central Committee Saskatchewan, as well as sites that are further afield, like the Museum of Human Rights in Winnipeg, will give depth to students’ learning.

Imagine will be in place for Grade 10 students in the 2016-17 school year, but throughout the year RJC’s board and staff plan to explore how the program might be extended to accommodate Grade 11. The following year, they will look at ways to extend the guided experiential learning program to include Grade 12. Epp says that as students prepare for post-secondary education, their course loads become more individualized and they no longer move from class to class as a group. For this reason, it will take time to work out what the program will look like for the upper grades.

Imagine fulfills the third broad goal of the RJC board’s Do More Be More campaign, unveiled in November 2014, which is to enhance student programming. With the new program in place, Epp hopes that the campaign’s first goal—to grow student enrolment—will also be realized. And so far, interest in Imagine is promising, with enquiries coming from as far away as Toronto and Florida.

The campaign’s second goal—to develop and enhance the RJC facility—is also becoming a reality. Currently, the school’s chemistry lab and biology classroom and lab are being renovated and upgraded into state-of-the-art learning spaces, says Jim. He expects the renovation will be completed in time for the coming school year. He also notes that funds were in place for the $200,000 to $250,000 project before work began earlier this year. Future dreams include:

These projects will be tackled as funds become available.

Significantly, five of these six new staff members are alumni of the school, who know “what RJC is all about,” says Jim. He expects they will bring “enthusiasm and fresh perspectives on education,” adding, “It’s going to be exciting around our staff table to see what their views are all about.” David echoes his father’s sentiment: “It’s a bright beginning for September. I can’t wait for it to start.”

To read more about RJC’s Do More Be More campaign, visit bit.ly/rjc-envisions.