Three people talk about living with anxiety and depression 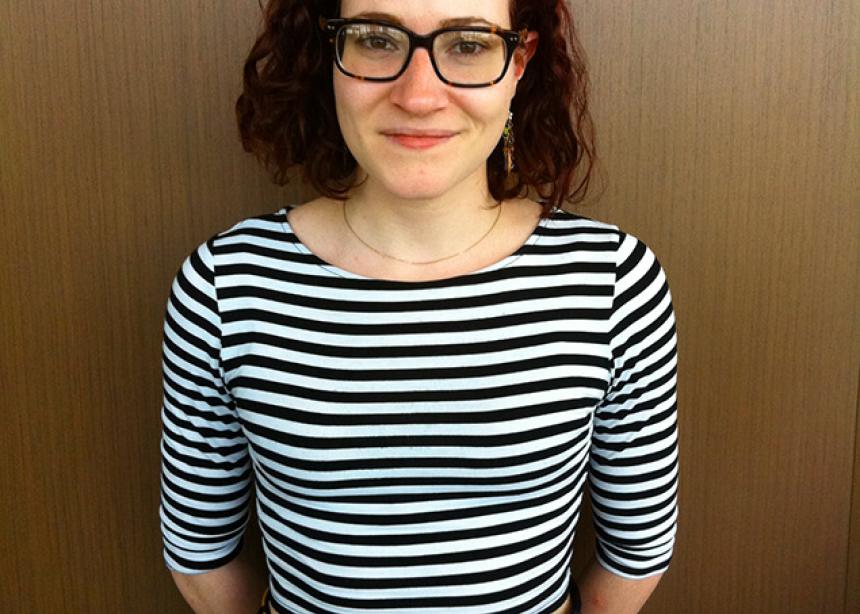 What is it like being a young adult journeying with mental illness? Canadian Mennonite spoke with three people from Mennonite Church Canada congregations to find out.

Melanie Kampen sought help for her anxiety when it got so bad last summer that she couldn’t get out of bed.

A psychiatrist diagnosed the 26-year-old with general anxiety disorder and social performance anxiety disorder. The former is characterized by excessive, ongoing anxiety and worry that interferes with day-to-day activities, while the latter includes fear of situations in which one may be judged and worry about embarrassing or humiliating oneself.

Kampen felt empowered by her diagnosis.

“I finally had a way of naming what I was feeling and [could access] resources that were specific to the mental health disorder that I was struggling with,” Kampen says.

Kampen moved from Winnipeg to Toronto last August to begin her doctorate. As a result of a combination of medication and counselling, Kampen’s anxiety is now manageable. Starting an exercise routine to aid in dealing with stress has also helped.

Prior to her diagnosis, Kampen saw having a mental health disorder as a horrible thing.

“The less people know about a mental health disorder, the more monstrous or scary or precarious it seems,” Kampen says.

“I didn’t see them as abnormal or monstrous, and I started to realize the double standard I had for myself,” Kampen says. “It helped me to accept that I also had a mental health disorder and that was okay. It didn’t change me as a person.”

Amanda (last name withheld by request) was diagnosed with clinical depression at 15, general anxiety disorder at 18 and dysthymia—a continuous, long-term form of depression—at 28. Now 30, the Winnipeg resident has been hospitalized five times with suicidal thoughts.

“It’s a feeling of being a burden—being a burden to my family mostly,” she says. “It’s pretty much feeling like everybody that I know would have an easier life, a better life, if I wasn’t around.”

While she cannot currently work as a result of her dysthymia, her career as a high school teacher has had a powerful impact on many people.

She has always made it clear to her students that if they are struggling in any way, whether with depression, physical abuse at home or anything else, they can confide in her. A handful of students have taken her up on that offer, including a few who were suicidal.

Amanda is still in touch with some of them. One graduated from her adult education class as valedictorian and is now a paramedic and mother.

“She tells me on a regular basis that if I hadn’t intervened in her situation or offered her whatever help I could give her, that she would not be alive,” she says. “It’s a pretty amazing feeling to have a student say that to you.”

She suggests that young people who are feeling depressed tell an adult that they trust. “So many people struggle, deal with and live with mental illness,” she says. “We really have no idea because people tend not to talk about it.”

She urges people to keep that in mind, and adds that kindness can go a long way. “Kindness is oftentimes lacking, but it can really make a big difference in someone’s day.”

Adriel Brandt of Abbotsford, B.C., was diagnosed with major depressive disorder last October. It’s a mental disorder characterized by a pervasive and persistent low mood, accompanied by low self-esteem and a loss of interest or pleasure in normally enjoyable activities.

The 24-year-old likens it to being a teenage sports fan sitting with friends in a restaurant littered with TVs.

“I am incapable of being fully present, emotionally or mentally, with those I love, except it is a stigmatized and impossible-to-even-medically-understand chemical imbalance that causes the imposition, not a television screen,” Brandt says. “For a person such as myself, who calls his relationships his vocation and life’s fulfillment, an inability to properly appreciate time with loved ones or experience a range of emotion that once defined his character is devastating. It is a profound disability.”

The disorder can cause breakdowns in which Brandt experiences crippling anxiety or despair, cannot speak or move, or has urges to strike his head on a wall.

“Recognizing that something I cannot control is controlling me is utterly terrifying,” he says.

These heavy, disordered breakdowns occur about once every week. “The rest of the time, and even during those harder times, I am so grateful for where I am and who I have with me,” Brandt says, adding that having depression does not mean he feels depressed all the time. “I am depressed all the time, because depression is an illness, but I am entirely capable of feeling a whole range of emotion.”

While his family and friends are supportive, finding the right medication hasn’t been easy. Brandt is currently on what looks to be his fourth unhelpful prescription.

“I certainly have not tried everything . . . but it is a terrifying road ahead,” he says, adding later: “I am still holding out hope that I will be free of this one day.”

See more in the Focus on Mental Health series:
Guard your heart and mind
One way your church can stop hiding mental illness
Mental health awareness incorporates art and poetry
Depression resurrection
‘We all need counsellors’
Helping to prevent suicide
Leaders being equipped to build up the church
‘There is love in this room’
Six steps for better self-care
A living death 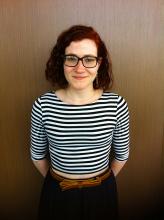