‘Being good neighbours to those around us’

Witness workers in Germany ‘finding more creative ways of being church community in an urban setting,’ most recently focussing their efforts on ways to meet the needs of refugees 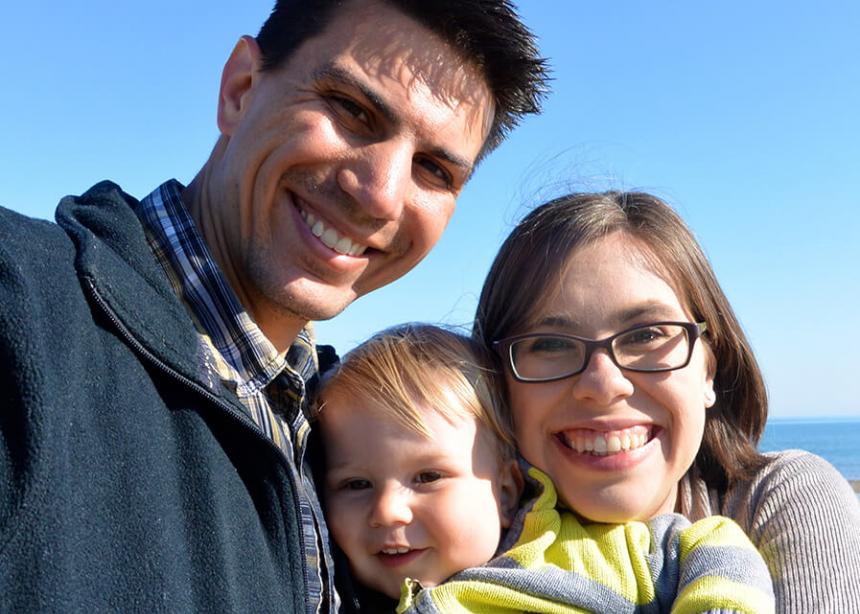 Gregory Rabus and Jennifer Otto, Mennonite Church Canada Witness workers in Germany, are finding ways to respond to the needs of refugees flooding into the country from Syria and Iraq.

In September 2015, German chancellor Angela Merkel threw open the doors of her country to welcome tens of thousands of refugees, saying that doing so was a moral obligation in the face of the global refugee crisis. Now, the people of Germany are facing the challenges of dealing with so many people in crisis.

In Germany, the government assigns refugees to each town throughout the country. Otto and Rabus live in Mannheim, but much of their work is with a Mennonite church in the neighbouring city of Ludwigshafen. Ludwigshafen, a city of 160,000, is expecting to settle over a thousand refugees this year. Seven new refugee housing units are being constructed. One new unit, located only a couple of hundred metres from Ludwigshafen Mennonite Church, consists of a series of houses made out of shipping containers in a parking lot.

Rabus and Otto say they have been encouraged by local responses to the refugee influx. Volunteers have been setting up German courses for newcomers, organizing food and clothing drives, and accompanying people to government offices to help them with paperwork. One initiative collects bicycles, distributes them to refugees and takes them on bicycle rides to teach them German rules of the road.

But while the majority of Germans say that their country should welcome refugees, many wonder if the country is able to take on so many, and a vocal minority feels threatened by newcomers. There’s a rising right-wing anti-immigrant movement in Germany. Near Mannheim, there have been multiple attacks on refugee housing with air guns and smoke bombs. Elsewhere in Germany, arsonists have set fire to buildings destined for refugees.

There are those who say “it’s terrible that refugees are dying, but please don’t put a refugee home in my neighbourhood,” Rabus says. Consequently, many refugees end up being housed in industrial neighbourhoods under poor conditions.

There are also deportations. While Syrian refugees have a good chance of being accepted into Germany, refugee claimants from the Balkans have “next to no chance” of being accepted, says Rabus. “Deportations often occur at night and by surprise, so that entire families are forcibly removed from refugee homes—an undoubtedly traumatic experience.”

Some Mennonites from Mannheim and nearby towns have been involved in acts of peaceful civil disobedience to prevent night deportations and raise awareness in the community.

Otto and Rabus were hired in 2012 to lead an urban church plant in southern Germany in partnership with the Verband deutscher Mennonitengemeinden and the Deutsches Mennonitisches Missionskomitee. In September 2014, the couple, together with their one-year-old son, Alex, moved to Mannheim with the goal of “finding more creative ways of being church community in an urban setting in Germany.”

Since the refugee crisis has come to the fore, they have been focussing their efforts on ways to meet the needs of refugees. Currently, they are working with the Mennonite congregation in Ludwigshafen to establish a community centre that would provide language courses, play groups and a pastoral presence for newcomers to the city.

“This is one of the ways in which a peace witness in Germany is extremely relevant, both on the political level, in pushing for more humane and sustainable policies, and on the local level with housing, language learning and counselling,” Rabus says. “The churches are among those best equipped to help by bearing witness to God’s love, tending to physical and spiritual needs, and just being good neighbours to those around us.” 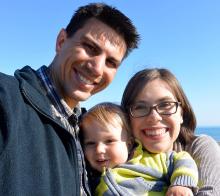