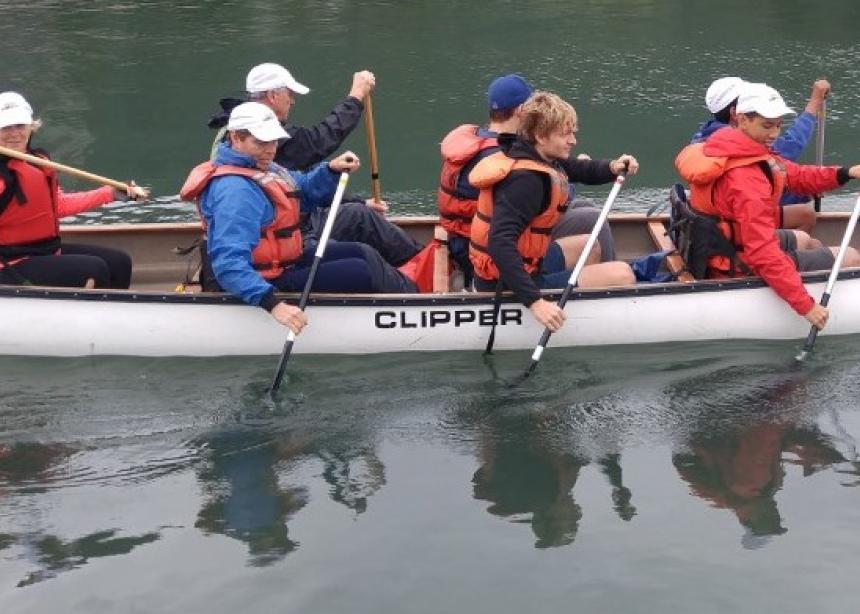 Rowers and paddlers in Camp Squeah’s annual paddle-a-thon reached their goal, raising over $51,000 on Sept. 21 and bringing the total over the past 21 years to just over $1 million.

Rob Tiessen, Squeah’s executive director, reported a “wonderful day on the water,” and added that “an occasional slight headwind kept us honest in our paddling effort, requiring a bit of fortitude and perseverance.”

In a change of pace this year, instead of a two-day event, the paddle-a-thon was one day to coincide with B.C. Rivers Day, and was it was held in the fall instead of spring. Paddlers agreed that the switch to September brought warmer water conditions, and fairer weather made the trip especially pleasant. They began at the Harrison River in Harrison Hot Springs, navigating into the Fraser River and ending at Island 22 near Chilliwack.

“As the Fraser River was flowing higher and faster than usual, the confluence at the junction of the Harrison enters the Fraser rivers provided some extra adrenaline for the paddlers, who had to circumnavigate some turbulence and shifting current lines,” said Tiessen. “Despite the extra challenge, all boats navigated this section successfully!”

This year, 25 paddlers from teens to seniors took part, representing seven congregations. Nine travelled in the Squeah Voyageur canoe with 16 others in eight tandem boats. Darwin and Sue Baerg of Fraser River Raft Adventures accompanied the group in a safety boat and helped with reading the river conditions and pointing the group toward the safest routes.

The day concluded with a barbecue and celebration service, with all giving thanks to God for the combined efforts and generosity that has now generated over a million dollars for Camp Squeah’s funds to support volunteer leaders with their post-secondary education costs.