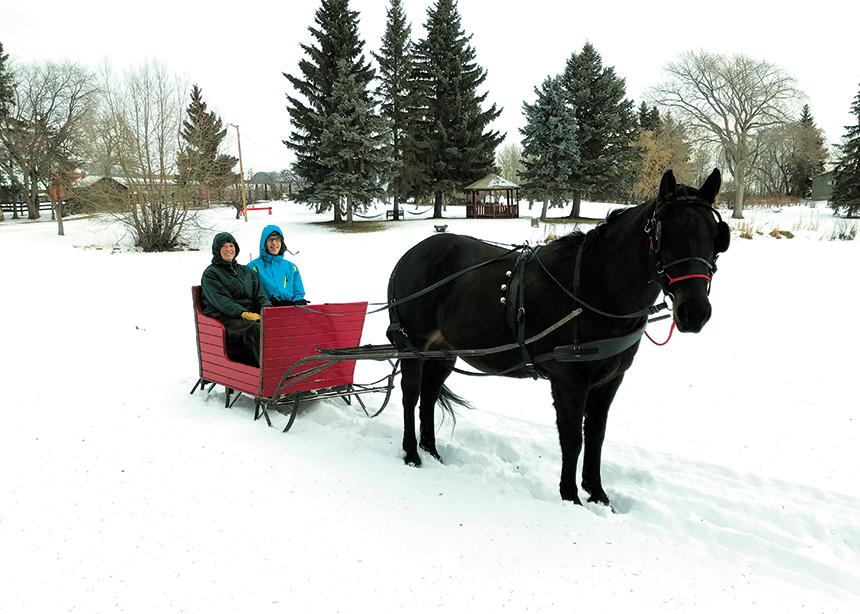 She is middle-aged and is at the beginning of her sentence. She is educated and insightful, and has a good sense of humour. But what I am impressed by is her heart. She cares about the young women with whom she shares the crowded maximum-security space in the women’s prison. It seems she has become a surrogate mom in that hurting place, someone who helps make a bad situation better. She certainly helps me grow in my own understanding of the justice system and the people incarcerated by it.

One Tuesday night I sat with a few inmates around a table—bolted to the floor—in their “pod.” The pod is a locked living area attached to bunkrooms where prisoners can also be locked in. During our visit, Leah said she hopes to be transferred to medium security, where there is a bit more freedom, better programs and the chance to cook for herself. She longs for to the move but, glancing at the young women around us, she said, “I don’t want to go until after Christmas, but I have no say in when it happens.”

“I have no say.” That phrase felt strangely familiar. It niggled at me until the next day, when I moved my horse, named CD, from summer pasture back home for the winter. It occurred to me then, that people in prison are like horses because they have no say in the “where,” “when” and “with whom” questions of life.

This year was hard for CD. The herd he was with for nine years was dispersed. Six of 10 horses, including his constant companion, were taken to new homes. I moved him from pasture to pasture all summer. His companions changed often, creating a constant power struggle in herd hierarchy.

It was stressful. He missed his friends. He was often unfocused, wanting his herd. He resented, and eventually destroyed, the grazing muzzle that restricted his food intake. His personality became somewhat grumpy. He spent a lot of time pacing fence lines, looking for a way out.

When I moved him home, his remaining long-time herd mates greeted him enthusiastically. Two days later, when I used him to pull a sleigh, he was content and happy. His world was right again.

If steady relationships are so important to a horse, how important are they for people? What damage is done when people are uprooted repeatedly over many years?

Prisoners are removed from family and friends and confined with an ever-changing mix of volatile strangers. They often do not feel safe. Hierarchies constantly need sorting. Anxiety and grumpiness occur when people have no control over their situations.

In maximum security, prisoners have few choices. Prison walls, locks and fences offer no way out, and there is a lot of pacing and thinking of home. When healthy and meaningful relationships develop between inmates, they can be suddenly severed according to the needs and whims of the correctional system.

Most sentences eventually end. It is hard to imagine that constant relationship stress does anything but make successful and safe release less likely.

Our justice system might be the best society offers right now, but I wonder if there might be other, better ways for people to “serve their time” and work toward healing for themselves, their victims and their communities. I don’t know what the answers might be, but I do know that even my horse deserves to have steady relationships. I have some say in that for him. Who says it for prisoners?

Donita Wiebe-Neufeld rides a sleigh pulled by her horse, CD, who has just been moved back home for the winter. CD is happy and content again after missing his herd-mates all summer. (Video by Tim Wiebe-Neufeld) 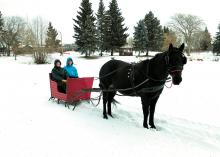 This resonates strongly with observations and experiences Peter and I have had in years of prison visitation in Manitoba. Each time, after I connect with women in the correctional centre, my heart aches for better ways to arrive at true and effective opportunities for correction and ways out of a system that has made it hard for them to live within the law.

I met with the inmate who inspired this article and had her read it before I sent it in. She got a bit teary-eyed and said it was accurate. She went on to tell me that in the six months she has been in the maximum security, she has been moved 16 times. The last time, when she was asked to bunk with a particularly difficult person, she said no. As a result, her 'status' was downgraded and she will have to spend more time in the "max" before she is allowed to move to the medium security area.

Prisons are necessary, but treating people like this certainly does not help to heal broken lives. Guards have told me this too. The work is hard on them. One guard told me that it is wrong to treat people like animals, but that is what is happening.