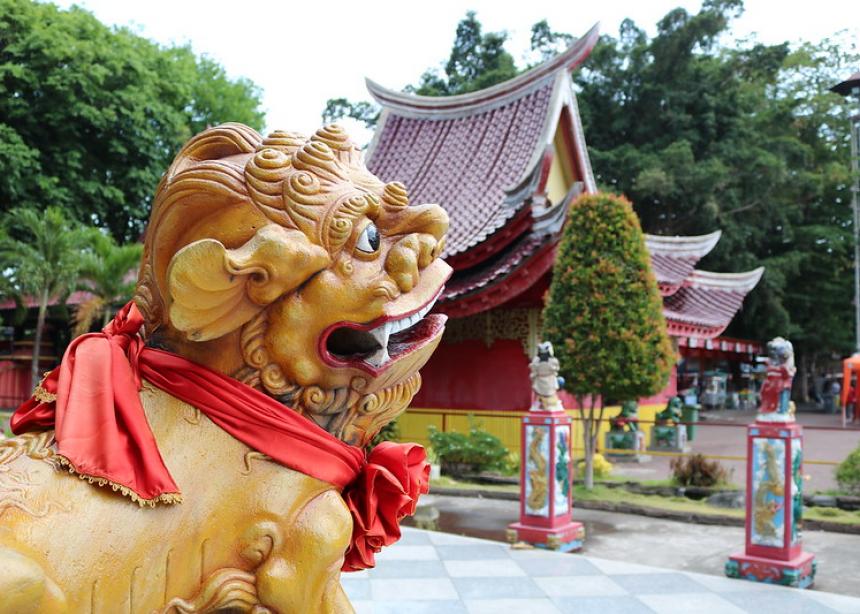 Are you wondering whether or not to attend the upcoming Mennonite World Conference Assembly in Semarang, Indonesia, which takes place July 5-10, 2022?

1. Come to the MWC assembly to learn more about the global church.

People sometimes forget that the Body of Christ is bigger than their congregation or national conference. The gathering in Semarang, Indonesia, in July 2022, offers a rare opportunity to learn more about the life and faith of sister churches in other countries.

In addition to the international music and worship gatherings, participants will have a chance to participate in a host of workshops, browse the booths at the Global Village pavilion, check in on the Global Youth Summit, and encounter church leaders from the 107 groups who are members of MWC. Doing so will provide a fuller picture of who the global Anabaptist-Mennonite church is.

2. Come to the MWC Assembly to renew friendships.

3. Come to the MWC Assembly to make new friends.

Anyone who has travelled internationally knows the joy of unexpected, sometimes life-changing, relationships, seemingly formed by accident, that open up the world in a new way. Participants at Assembly 17 will have a chance to meet regularly for conversation in internationally diverse discussion groups. Meals, workshops, recreational activities and Assembly Scattered tour options will provide dozens of additional opportunities to meet other participants.

4. Come to the MWC Assembly to be renewed and transformed.

Congregations and conferences in Europe and North America have been facing difficult times in recent years. Sometimes it is difficult to be hopeful about the future. But at Assembly 17, North American and European participants will encounter Mennonite brothers and sisters from churches around the world who are also facing enormous challenges, including poverty, limited access to education, COVID-19 and other health crises, profound political instability and even persecution. And the looming crisis of climate change affects everyone, albeit in very uneven ways.

5. Come to the MWC Assembly to receive hospitality.

The story of the early church is filled with accounts of Christians extending hospitality to each other as they travelled across cultures and languages. Hospitality is a fundamental Christian virtue. Anyone who has spent time abroad—as a tourist, as a short-term volunteer or on a study tour—will almost certainly remember times they experienced a gracious and generous reception from others. Members of the GITJ, GKMI, and JKI synods in Indonesia have expressed their eagerness to extend Christian hospitality to brothers and sisters from around the world.

6. Finally, come to the MWC Assembly to discover the cultural richness of Indonesia.

The Republic of Indonesia is the world’s fourth most populous country, famous for its wood carving, batik, shadow puppets and traditional dance, and home to some of the most stunning natural beauty to be found anywhere in the world. The world’s largest population of Muslims resides in Indonesia; but the country’s strong national commitment to religious freedom has also enabled smaller Buddhist, Hindu, Confucian and Christian communities to flourish.