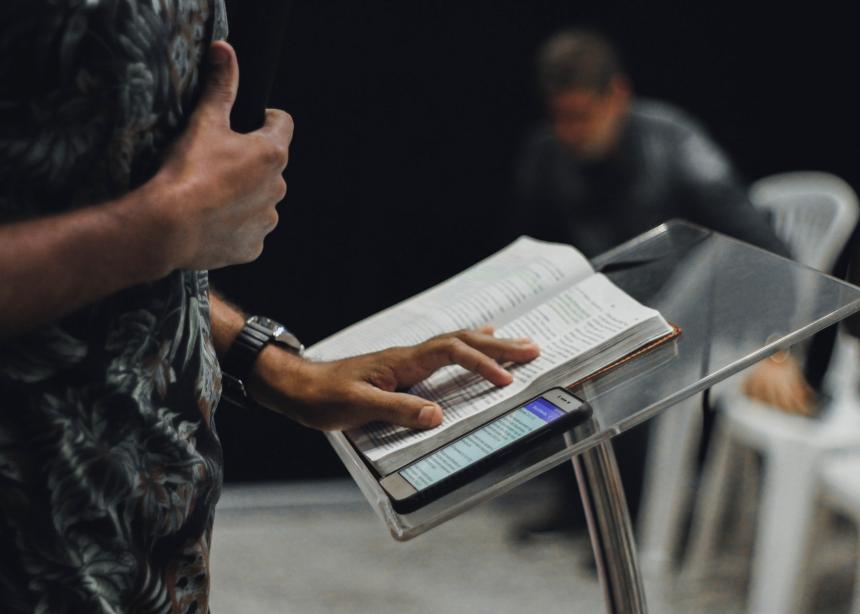 The annual Menno Simons Sermon Prize is seeking submissions from pastors and lay preachers from around the world in German, English, Dutch, French and Spanish before Dec. 1, 2020. The sermon—on the topic of peace—should have been preached before submission. Half of the prize money (over $3,000 Cdn) is given to the preacher; the remaining half is awarded to the preacher’s congregation to encourage scholarly biblical reflection.

“The Menno Simons Sermon Prize encourages and acknowledges sermons that explore the biblical witness through the lens of the Anabaptist-Mennonite tradition; promote the peace church tradition in the larger ecumenical context; and communicate in a manner that is effective, convincing and strengthens the spirituality of the hearer,” says Fernando Enns, endowed professor at the centre.

“Praising the Creator and preserving God’s creation are important parts of our call as Christians to be “salt” in the world,” says Andrea Schneider, the broadcasting officer of the Association of Evangelical Free Churches in Germany, who received the 2020 prize for her sermon on Matthew 5:13. Her award-winning sermon will be heard on Nov. 1 at the service of the Mennonite Church in Hamburg-Altona. The public award ceremony will take place immediately after that.

“Preaching is not [simply] information, but the beginning of a process of transformation,” says Pastor Markus Hentschel of the host church. The peace sermons put current social or political conflict in the light of God’s peace and the church’s agency, he says, adding, “We also hear the voice from another congregation, which reminds us that peace also means being connected with one another.”

The 2012 sermon by Lydia Penner, a Canadian living in the Netherlands, continues to inspire Hentschel. “The great dream of peace . . . is not realized through power politics and violence, but grows out of seemingly ineffective acts by individuals.”