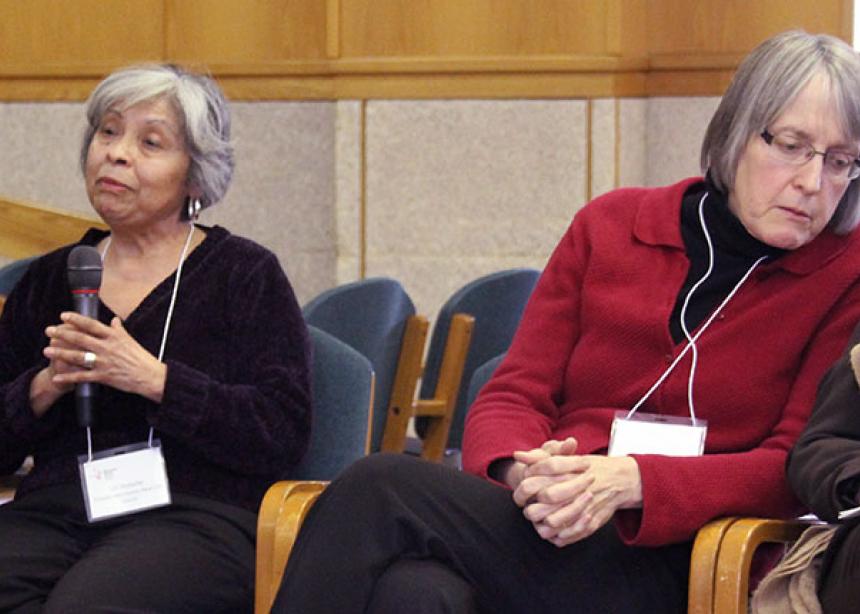 “Evangelism is dangerous,” Sze-Kar Wan said in conclusion of his three-day exegesis of the first three chapters of Galatians at the 2015 Mennonite Church Eastern Canada School for Ministers. “When you evangelize, you include new people in your group and you have to expect change,” he said, noting that it’s possible “the insiders might become marginalized.”

Wan came to this conclusion through careful thinking about what and why Paul wrote this letter to the Gauls living in the northern part of Asia Minor that is now part of present-day Turkey.

Focussed on “Relationships and the new people of God: Exploring ministry in a multilingual, multicultural context,” this year’s School for Ministers attracted many new Mennonite pastors as well as pastors from traditional congregations.

Workshops looked at Mennonite Central Committee’s refugee work; “Things newcomers need to know about money” with Mennonite Foundation of Canada; and the two-session “One and many: Being the multicultural church,” which gave room for pastors from traditional congregations to hear the voices of pastors from new Canadian congregations.

But it was Wan’s keynote addresses on Galatians that drew intense interest, conversation and questions. His thesis was that Paul was arguing a marginal opinion throughout his ministry. The idea that non-circumcised, non-Mosaic-law-following Gentiles could be full members in the church did not win majority approval until late in the first century.

Paul spends the first chapter of Galatians arguing for his independence and impor-tance. Then in the second chapter he makes a case for the churches in Jerusalem and Antioch having supported his view that Gentiles could become full members of this Jewish sect, focussing on the Messiah Jesus.

But Wan, supported by Tom Yoder Neufeld, his long-time friend and colleague, believes that Paul actually lost the argument in Antioch. While from our 21st-century point of view Paul looks like one of the major founders of the church, this was not true in the first century. Instead, James, the brother of Jesus, held the preeminent position, even over the Apostle Peter, and never mind the upstart Paul, Wan said.

Since this precedes circumcision or any Mosaic law, these are not necessary for anyone to be part of God’s family. The scandal of the church is that already in Paul’s lifetime Jews were being excluded in some places. Paul works with this in his Letter to the Romans in particular, arguing that it is Gentiles who have been grafted into a Jewish tree.

Wan sees James, Peter and Paul in a massive power struggle, which only dissipated after the fall of Jerusalem and Christianity became something other than a Jewish sect focussed on the Jewish Messiah, Jesus. Power and its uses came up repeatedly in Wan’s presentations, leading him to once say, “No one easily gives up power.”

Hence his conclusion that “evangelism is dangerous.” It can lead to newcomers and old-timers in conflict over how the church is to go forward.

Far from suggesting that evangelism is a bad thing—Wan himself had what he termed a significant conversion experience and is a Chinese-American born in Hong Kong and now an Episcopal priest—he was showing how the early church itself struggled with what “in Christ” meant to insiders and newcomers, suggesting that the church needs to pay attention to these dynamics. 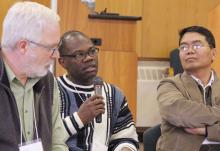 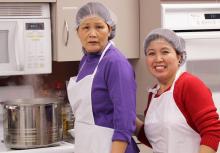 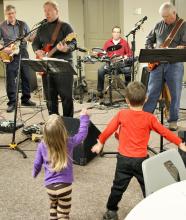 Lois Guenther Reesor, left, takes part in a discussion with Sze-Kar Wan and Tom Yoder Neufeld at a public event held during the 2015 MC Eastern Canada School for Ministers. Reesor used Wan’s material in her thesis in the master of theology program at Conrad Grebel University College, where the annual school was held. (Photo by Dave Rogalsky)