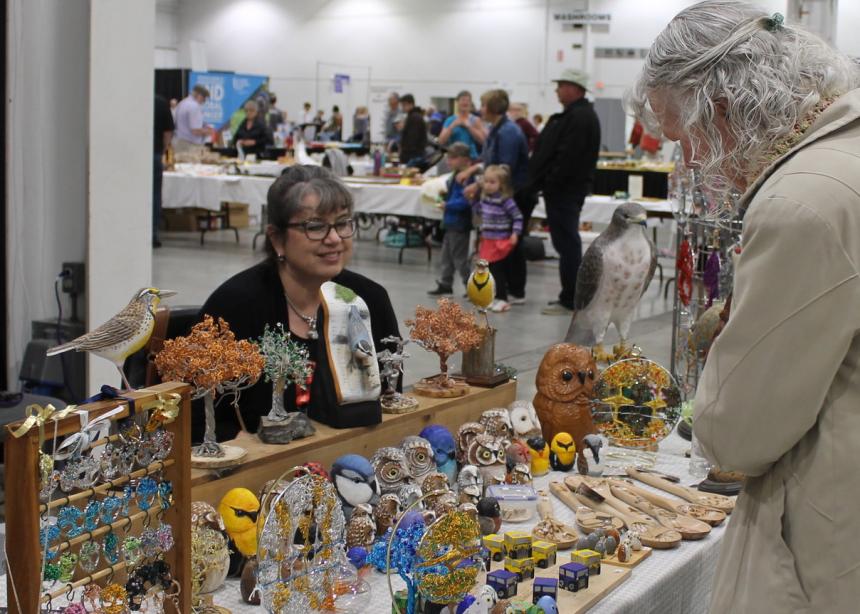 Mennonite Central Committee (MCC) Saskatchewan hosted its 49th annual relief sale and auction at Saskatoon’s Prairieland Park on June 7 and 8. An estimated 750 people took in a supper and concert with Saskatoon bluegrass band, Corner Grass on June 7, while about 2,500 people attended the sale the following day.

New to this year’s event was an artisan market, where local artisans rented tables to display and sell their wares. MCC Saskatchewan executive director Eileen Klassen Hamm says this innovation brought new people to the sale who hadn’t attended before.

The auction itself brought in about $32,000. Another innovation this year was the auctioning of cumulative bids for MCC development projects, including wells for Ethiopia and Mozambique. Klassen Hamm says supporters were telling them, “We don’t need anything anymore.” MCC Saskatchewan borrowed the idea from Mennonite Economic Development Associates (MEDA), she says.

“I think it’s the direction we need to go into,” she says, “so that the sale is less about consumerism and more about meaningful experiences.”

Although final numbers have yet to be calculated, Klassen Hamm expects this year’s sale to bring in somewhere between $100,000 and $130,00, similar to the last five years.

“It is an important fundraising event,” she says, “but it’s an even more important community event.” 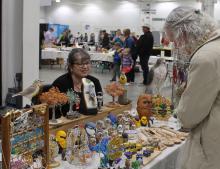