Scenes along the ‘road to nowhere’ 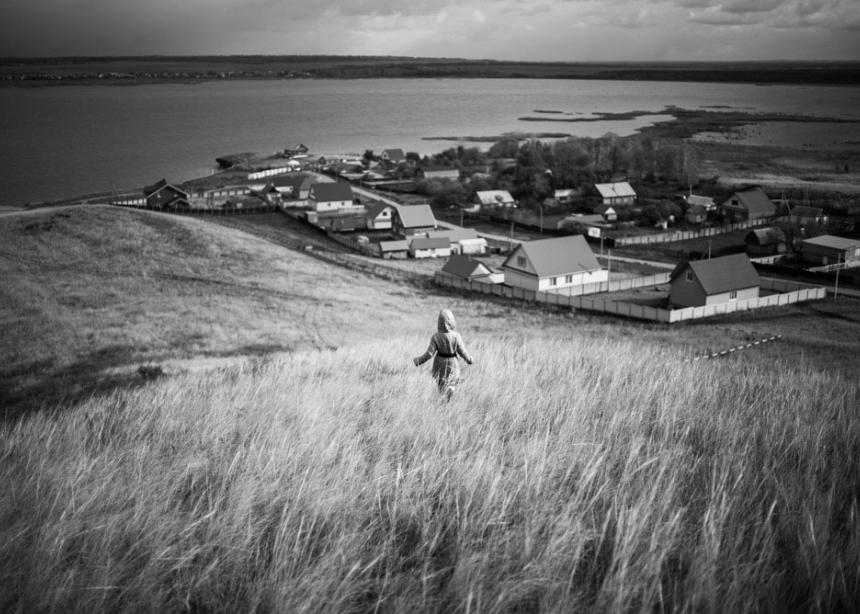 Ian Willms’s provocative photo of a young girl walking away through the windblown grasses towards a small Russian village on a lakeshore was part of his winning entry in the 2013 Scotiabank Contact Photography Festival.

Entitled “Road to Nowhere,” Willms’s photo exhibit was judged by a portfolio review panel consisting of some of the world’s most prominent curators and art directors from all of the submitted works as worthy of a solo exhibition at Toronto’s Contact Gallery earlier this year.

This project is described as “a photographic ode to [Willms’s] pacifist Mennonite ancestors, who endured five centuries of brutally violent oppression throughout Europe, Russia and Siberia.”

The girl in the photo turned out to be a distant relative of Willms, who didn’t know he still had relations in Ukraine. His own family fled to North America in the 1920s after his great-grandfather had been used as a human shield by soldiers in the midst of the Russian Revolution.

Willms sees this as part of “their history, [where] the Mennonites have been repeatedly put in a position where they have had to decide between taking up arms and abandoning your faith; leaving their homes, possessions and land behind; or dying where they stand.”

In his artist statement he writes, “If I could impart one message upon the viewer of these photographs, it would be that hostilities brought against pacifist peoples are more than an injustice; they are an attack upon the very notion of peace itself.”

Willms currently has no connections to the Mennonite community except his family, although his grandparents were the last generation to worship as Mennonites.

Through a local historian in the Republic of Bashkortostan, he found photos of his family home and found relatives in the area, although, because of a language barrier, he couldn’t tell how close they were.

He expresses “admiration and respect for the Mennonite religion and what it stands for, and [Mennonites’] willingness to suffer for that through history.” In his personal philosophy he draws a certain amount of cues from his roots, saying in a phone interview that he “tries to keep things simple and minimal, even as a late 20s living in Toronto. Keep humble and appreciate things. It can be taken away in a split second.” He describes himself as a “pacifist and has never been in a fight because of no justification for violence in this world.”

Plans are underway to have the exhibit shown in Waterloo Region at a later date.