A small congregation with a big heart 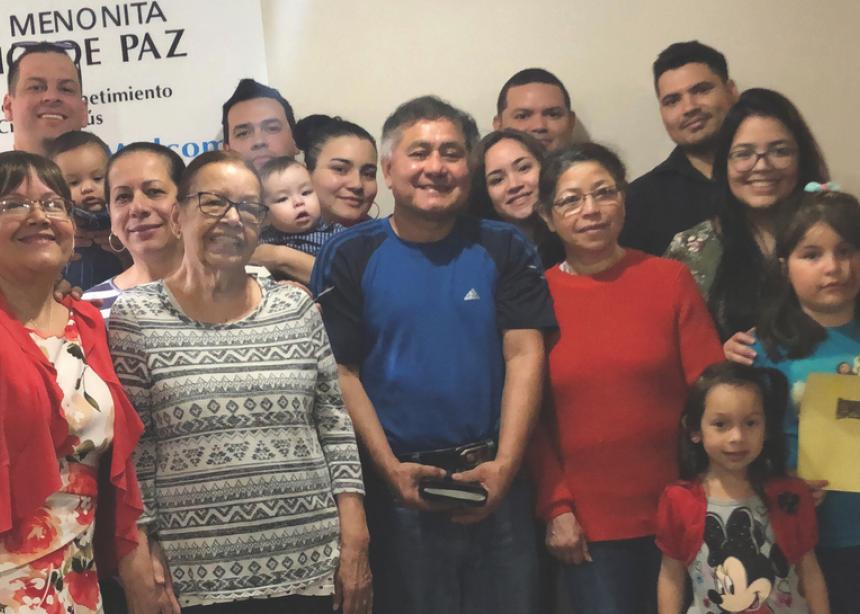 Lucy Roca bundled herself up warmly and made her way through the blustery streets of Sherbrooke, Que., on the way to Refuge de Paix early one Sunday morning. It was the kind of grey, stormy day when Sunday worship services are cancelled because it is too wintry to be outside.

It was also a morning that Roca, who pastors the Hispanic congregation, had prayed: “Lord, even if there is only one person who will come, I will go and be there for them.”

One man arrived for worship that morning—only one. He was a young man from Mexico, new to Canada. He worshipped with the congregation for the next three months before leaving and returning to his native land of Mexico.

A few months later, he contacted Roca by email. “It was that day I arrived at Refuge de Paix that I was in a bad space,” he wrote. “I was even thinking about suicide. God saved me that day. I am so grateful. Thank you for being there for me.”

God has influenced many lives through this small congregation that provides a space for prayer, counselling and encouragement in the neighbourhood, responding to needs as they arise. The church offers support to many Hispanic migrants, guiding and helping them to navigate their new surroundings.

A local community agency refers people who are seeking asylum or refugee status in Canada to Refuge de Paix, which then assists them as they fill out immigration papers, helps them in interviews, takes them to medical appointments or to the food bank, and provides translation services when needed. On average, the church connects with people in this way up to three times a week.

“Most of the people that we see do not have family here,” says Roca. “We welcome, encourage, accompany and help them according to their needs—to be a testimony of help and concern in caring for our brothers and sisters. We also pray with them if they are open to that.”

This small congregation started as a house church, moved to worshipping in the local library and now rents its own meeting place.

“We have a dream to build a large space for the church with enough room to provide services to the community,” Roca says. “We dream of a daycare centre and a place to sell used clothing and furniture.” Roca, a trained social worker, sees many women who struggle with depression. “This would be a great opportunity to provide jobs for women to help them support their families and gain confidence,” she says.

Originally commissioned by the Mennonite Church of Teusaquillo in Colombia, Roca arrived in Canada in 2006 to plant churches for Hispanic people in Canada. Following a tradition that when one is sent out with a passion and calling to plant a church, the Mennonite Church of Teusaquillo faithfully prays for and lights a candle for Refuge de Paix each week.

Refuge de Paix joined Mennonite Church Eastern Canada in 2011 as an emerging congregation and is excited to become a full membership congregation during the regional church’s annual gathering earlier this year.

“We have been attending the annual church gathering since 2007, and my eyes have tears of gratitude to God every time for the brotherhood and unity of those gathered as brothers and sisters,” says Roca. “We have different languages and ethnicities, but have the same open heart to serve the Lord. During difficult times, we did not feel alone despite the physical distance [from other Mennonite congregations]. We knew that you were there for us. God brought me to the Mennonite church, and I will continue here because he brought me with a purpose. It is a privilege and a great gift of God to be part of this family.”

Reprinted with permission of MC Eastern Canada. The article originally appeared in MCEC in Ministry Spring 2019.