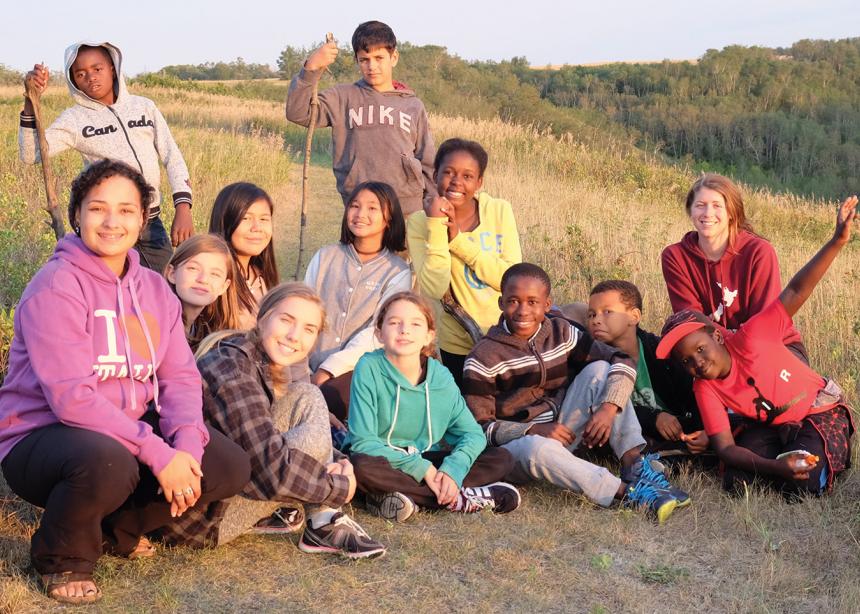 Summer camp is a great experience for many children. For participants in Raise the Peace Camp, it is an opportunity to have fun while learning about peacebuilding.

Raise the Peace is a day camp for children between 9 and 13. It’s offered by Mennonite Central Committee (MCC) Saskatchewan, and is primarily for children from Saskatoon’s Meadowgreen neighbourhood.

It began as a sports-oriented camp, says Kaytee Edwards Buhler, one of MCC Saskatchewan’s community engagement coordinators. Although it was well attended, coordinators found it challenging to incorporate MCC’s values into the program, so they developed the current model of a camp at which children could learn peacebuilding skills.

Each year, the camp has a different theme. This summer’s theme was “nature and peacebuilding.” Campers explored how caring for God’s creation relates to caring for one another. As part of their week of camp, they spent two days and nights at Shekinah Retreat Centre, north of Waldheim, where they listened to guest speakers and put what they learned into practice through a variety of games and activities.

Myriam Ullah, another community engagement coordinator, taught campers what it means to have solidarity with those who are suffering. The campers then created postcards for children living in the Aida Refugee Camp in Palestine.

“Some of the participants came to Canada as refugees,” says Edwards Buhler. “One youth was able to connect his story with [those of] the kids in Aida,” she says. “Another participant was inspired to start a pen pal program in her own school.”

A resource person from the North Saskatchewan Watershed Alliance taught the children about riparian areas and how the way in which people care for them can impact human life. The campers played a form of tag in which some children were water while others were things that hold water; the children had to find ways to get water through an obstacle course to the river.

Another resource person, from the Office of the Treaty Commissioner, taught about Indigenous ways of knowing and the types of medicinal plants that are native to Saskatchewan.

Edwards Buhler says Meadowgreen is a racially and culturally diverse community. “It has the highest density of diversity [of all neighbourhoods] in Saskatoon,” she says. In fact, English is a second language for 65 percent of students attending W. P. Bate Community School in the area. “There is much conflict and overt racism in the community,” she adds.

MCC Saskatchewan began a kids club in the neighbourhood in 2004. Every week, 30 to 40 children attend a program run by paid staff and volunteers in a rented apartment. Partnering with House for All Nations, a Baptist church plant in the community, MCC Saskatchewan also hosts a youth club for 15 to 20 participants. A cooking club and a homework club were added to the program three years ago. Raise the Peace participants come from these programs. 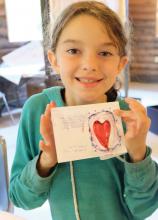 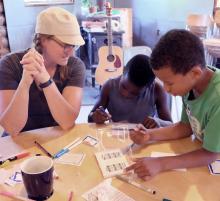 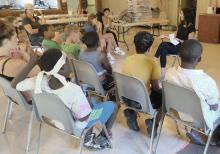