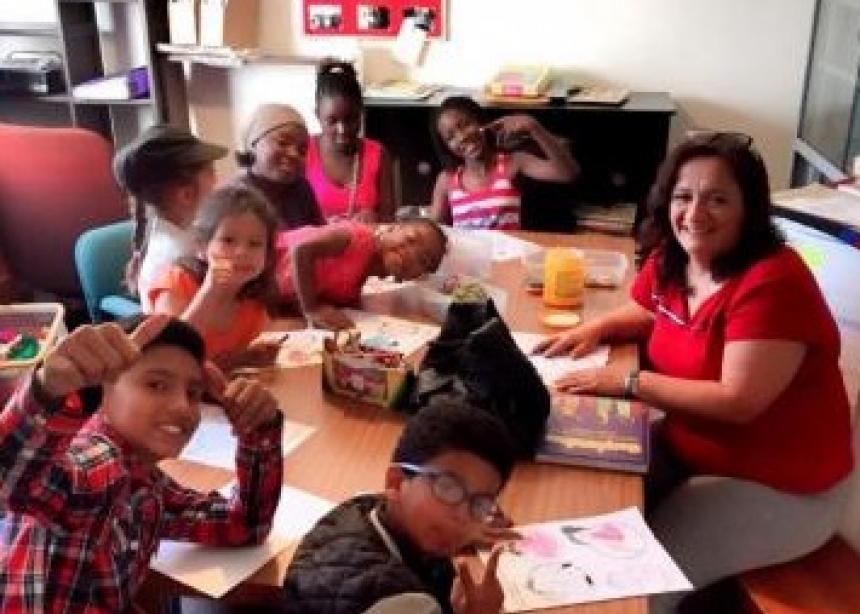 Ana (not her real name), came to Ecuador from Medellin, Colombia, in 2016 after escaping from paramilitaries who had taken and kept her hostage for two years. She was subjected to various kinds of abuse and violence, the result of which was pregnancy. In addition, she was forced to commit a number of crimes. Although this woman fled the violence in her country, the pain and rage accompanied her during her stay in Ecuador.

When the Quito (Ecuador) Mennonite Church took Ana in, she was insecure, fearful, sad, exhausted, without energy or a will to live. However, the church and the Project for Refugee People welcomed her, empowered her, and began a process of healing.

From the start, the church was formed from a multicultural and inclusive community, inspired by the life of Jesus to take on the mission to pray and work for justice and to build peace. The Quito Mennonite Church in Ecuador opened its doors in 2002 as an initiative of the Mennonite Mission Network, the Colombian Mennonite Church and the Central Plains Mennonite Conference (Iowa-Nebraska).

The church was called to accompany the refugee population fleeing the conflict in Colombia, and for this reason the Project with Refugee People was created. Currently, the project serves 100 families a month that receive orientation, clothes, food rations, psychological support, and basic tools and supplies to start a new life. The material aid given to the most vulnerable families goes beyond mere aid and seeks to provide durable solutions that offer alternatives for leading a dignified life in Ecuador.

Each month, workshops on peace and values are facilitated with refugee, as well as Ecuadorian, children, with the goal of building peace through education. Meetings are also held with women from different cultures and places. Here they share their stories, learn to take care of one another and find their prophetic voice as they seek to fearlessly follow in the footsteps of Christ.

As of this year, the church is run by a national pastoral team composed of four lay women who carry out the pastoral work on a voluntary basis and who wish to strengthen local leadership through discipleship and pastoral accompaniment.

The multicultural nature of the church offers a rich diversity of people who attend, and who have found in Anabaptism the will to put the love of God into practice through concrete expressions of solidarity, reconciliation, forgiveness. They seek alternatives for peace and want to heal the wounds caused by the violence in their country.

The Project with Refugee People receives economic support from Mennonite Central Committee (MCC) as well as from many Ecuadorian families and churches who donate clothes and other supplies. This shared work has enabled us to discover that combining mission and cooperation is a good path to follow in providing humanitarian aid and in achieving shared goals.

Through the project, the church has been able to be a witness to faith and service, forgiveness and reconciliation, and the harmonious encounter between different cultures.

It has been months of walking with Ana through intense therapeutic accompaniment, and we have discovered that the violence and injustice did not succeed in destroying her capacity to forgive, nor her joy and dreams.

Now, Ana aspires and works towards attaining a scholarship to study philosophy at university and has decided that, above all, she will be happy. We give thanks to God for allowing us to be the channel through which God’s grace and love can flow to people who have suffered due some form of violence.

Daniela Sánchez and Alexandra Meneses are coordinators of the Project with Refugee People, of the Quito Mennonite Church. 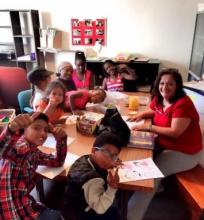