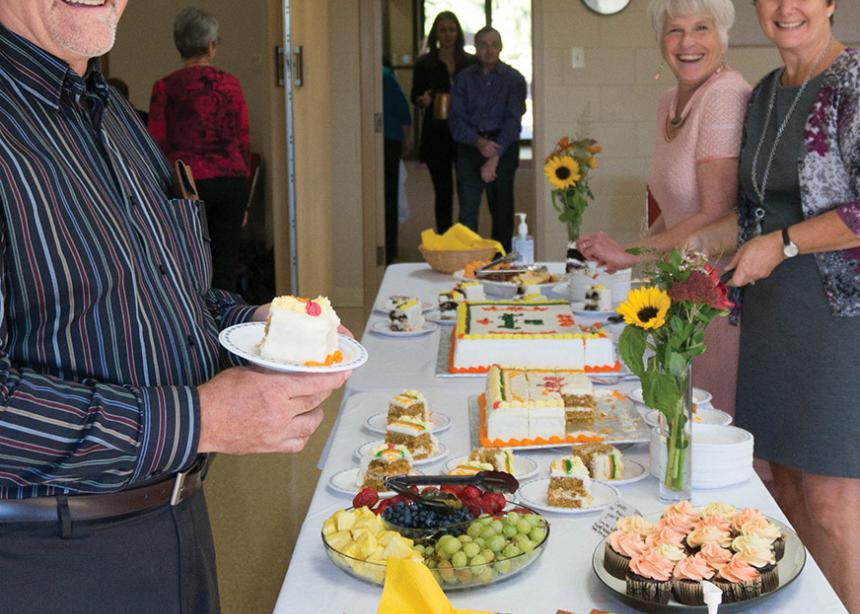 When Ed Snider left Kitchener to farm in the Hanover-Chesley area of southwestern Ontario, Pioneer Park Christian Fellowship, then known as the Weber Mennonite Church, was nearly five kilometres from the city limits.

On Oct. 1, 2017, at Pioneer Park Christian Fellowship’s 175th-anniversary celebration, he could see the houses of the Pioneer Park subdivision through the church windows, now fully inside the city boundary.

In 1842, when the congregation had its official beginning and constructed a building in the current location, Mennonite settlers from Pennsylvania had already been meeting informally for worship for at least a decade, and had been living in the area, then called Strasburg, for more than three decades. A brick building, constructed in 1894, was fully renovated in the early 1970s and was replaced by a new building in 1980.

Many local farms were purchased in the 1970s by the City of Kitchener and private land developers for residential and industrial expansion. The Global Anabaptist Mennonite Encyclopaedia Online notes that, at this time, “several church families moved away as the congregation dwindled to 35 people. These were difficult and discouraging times, and the church faced the decision whether to close its doors or to open them wider. The Weber congregation changed its name in 1972 to Pioneer Park Christian Fellowship-Mennonite, as part of its desire to identify geographically with Kitchener’s new Pioneer Park subdivision.”

The current congregation has a good spread of demographics, from young children to seniors. Many of the congregants live nearby, some having chosen to leave congregations further away to worship locally. Business people and professionals make up the lion’s share of the membership, instead of the original farming community.

The Oct. 1 celebration was hopeful and forward-looking.

Current pastor Johanna Wall said that young adults in the congregation are saying, “God is with us. We’re okay.” She added that Pioneer Park has “a long history of believing in the presence of God. Without a past, how can we hope in the future?”

The anniversary celebration made clear that the church has a rich history of which it can be proud, and that it has hope for their future in Pioneer Park and the wider community. Its ministry of connecting women from the local prison, just a kilometre from the church, with seniors at Fairview Mennonite Home in Cambridge, continues.

A hymn sing in the afternoon included very early Anabaptist songs, a song sung in the style of Old Order Mennonites north of Kitchener-Waterloo, and 20th-century songs, accompanied by piano and rhythm instrument, or sung a capella. A traditional potluck right after the morning worship service was finished with cake and coffee and more visiting after the hour-long hymn sing.

A tree was planted by parents and children, expressing the desire for a future together.

Michelle Dueck wrote in the prayer for the tree planting: “May our branches grow wide to offer shelter and love like yours. And as the seasons and surrounding landscape change, may we always grow toward the sun/Son. Like the tree and the land, the earth and all that is in it, we are now and forever grateful to you, our God, the source of life.” 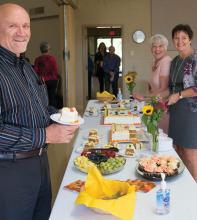 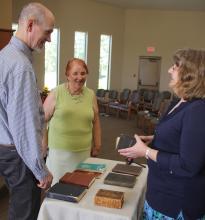 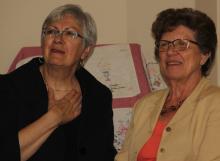 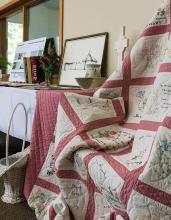 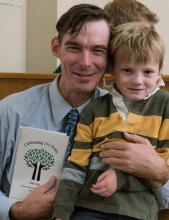 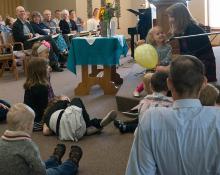 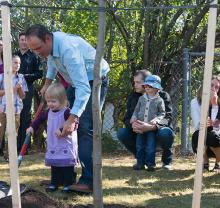 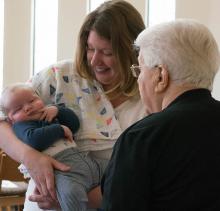