Two countries, one mission on the Korean Peninsula 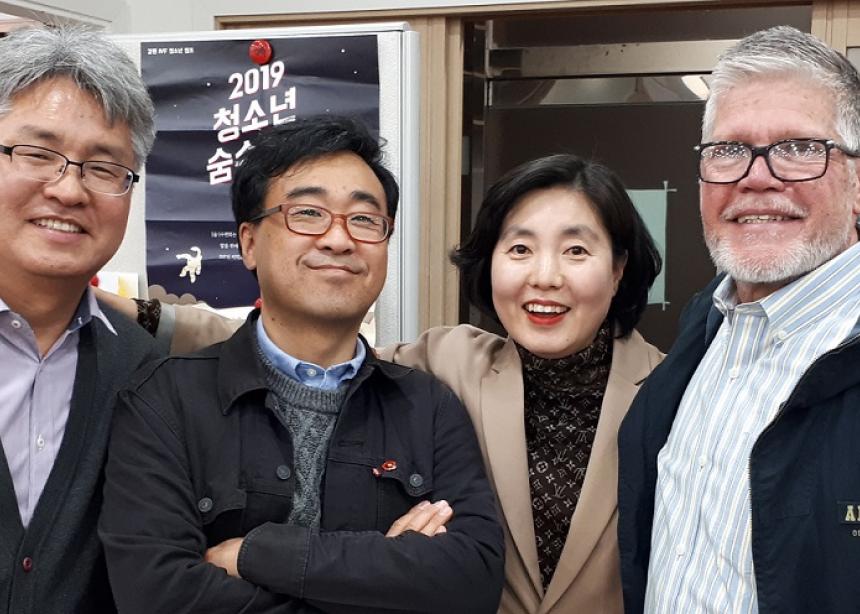 It has been more than 60 years since the ceasefire that ended the Korean War, but to this day North Korea and South Korea do not have an official peace, and the divide remains great.

According to Cober Bauman, it was when he returned to Canada that he realized the deep importance of the ongoing peacemaking work being done there. “There’s a consistent response I get,” he says. “‘You mean they let you out of North Korea?’ And I have to stop and remind myself that we get almost daily messages in the West about why we shouldn’t like and shouldn’t trust the people of North Korea.”

False messages like this are damaging to MCC’s objective of peace and reconciliation in the two countries. Current projects in North Korea include providing relief in the form of canned meat and clean water to three children’s hospitals, working with agricultural science experts on conservation agriculture, and advocacy to the U.S. government for policies that address the concerns of both parties through dialogue, diplomacy and mutual respect.

“A wise colleague at MCC said that, like all walls, eventually the wall that divides North Korea from South Korea will come down,” Cober Bauman says. “And when it does, MCC wants to have friends on both sides.”

MCC’s initial involvement in South Korea began in 1951, after the beginning of the Korean War, and concluded in 1971. It wasn’t until 2002 that the Korea Anabaptist Center invited MCC back into the area to provide global exchange opportunities for young adults.

“Today, MCC is back in South Korea, and its ministry focuses on providing peace education in the northeast Asia region, being a reconciliatory presence within the two Koreas and providing exchange opportunities for young adults from Korea, northeast Asia and North America to learn more about what it means to follow Jesus,” Byler writes in a blog post about his trip.

In 2018, Moon Jae-in, South Korea’s president and Kim Jong-un, North Korea’s leader, held a series of summits to discuss how to move their nations forward into peace, stability and reconciliation. As citizens of both countries await the finalization and implementation of such agreements, MCC will continue its program and advocacy efforts that support the people of North Korea and South Korea.