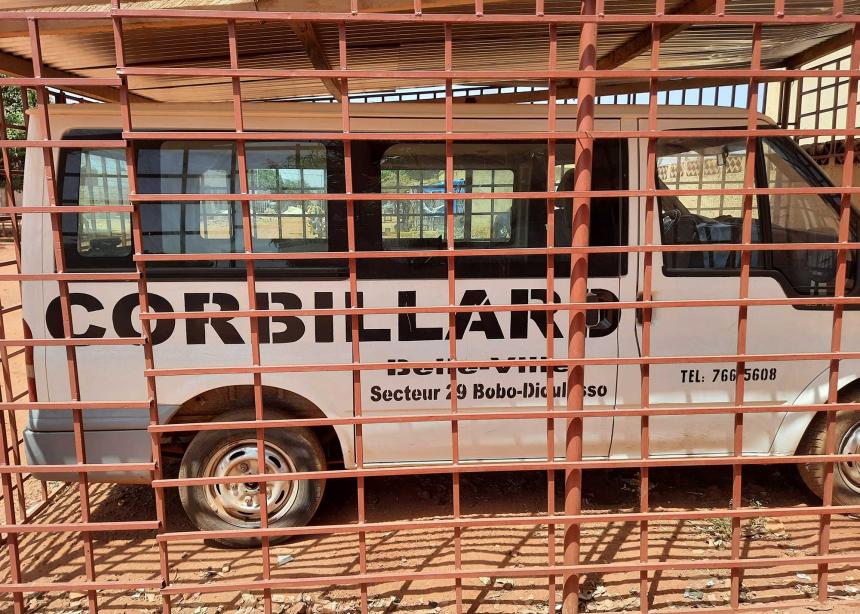 Peace Africa’s hearse project will enable Muslim and Christians in Burkina Faso to share a vehicle similar to the one pictured. (Photo by Siaka Traoré)

Dave Hubert from Lendrum Mennonite Church in Edmonton started the initiative after hearing Siaka Traoré, a church leader from the Evangelical Mennonite Church of Burkina Faso, speak at a Zoom event hosted by Lendrum and MC Alberta’s North Edmonton Ministry in May 2020. Traoré spoke about how Mennonites in Burkina Faso are nurturing peace between Christians and Muslims.

Since August 2020, 30 people representing Mennonite churches and organizations in seven African countries, and from Canada, the United States and France, have been part of the network’s development. Patrick Obonde of the Kenyan Mennonite Church and Traoré currently lead the group in clarifying its mandate, vision and organizational structure.

Tany Warkentin is MC Canada’s rep in the network.

An opportunity for Peace Africa to support Christian-Muslim relations in a tangible way came up only months after the group began its initial discussions.

Last November, Traoré was approached by a member of his church to meet with Muslims in the community. In a recent post for Mennonite Mission Network, he wrote that Christian-Muslim relations are often violent in the region, with more than 2,000 deaths caused by religious conflicts last year.

In the meeting, he said he learned the Muslim community needed a hearse. They had tried to get one for 30 years and usually asked to borrow one from other communities. After discussion, the church members decided to acquire one to share with the Muslim community.

“It was an opportunity to build bridges and show that Christians are people of compassion and peace,” wrote Traoré.

During this time, Peace Africa was taking shape.

“Peace Africa members saw the request for a hearse as a concrete way to move their online conversations into a real-life act of peacebuilding across an often-violent religious divide,” he wrote.

A local committee will oversee use of the hearse and the Muslim-Christian community in Burkina Faso will contribute 10 percent of the cost, which is nearly $10,000. Traoré invites global partners to donate to the project through Africa Inter-Mennonite Mission.

“When we hear our African brothers’ and sisters’ call for support to increase their peace-building capacity, it’s a win-win opportunity,” says Warkentin.

To donate to the hearse project, visit aimmint.org/donate.html. 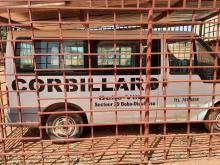 Peace Africa’s hearse project will enable Muslim and Christians in Burkina Faso to share a vehicle similar to the one pictured. (Photo by Siaka Traoré)