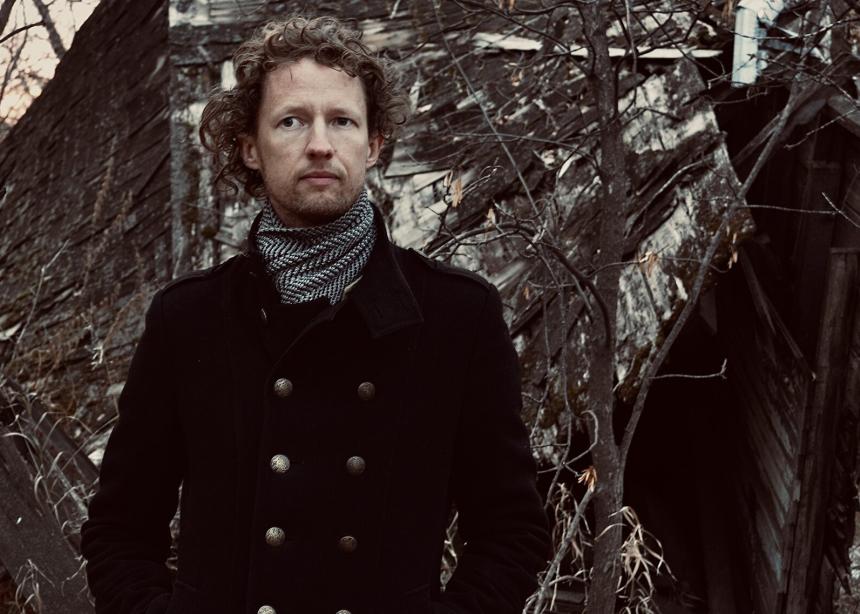 ‘There are a boatload of songs in the works,’ says singer-songwriter Paul Bergman. (Photo by Ken Bergman)

It’s been more than five years since Paul Bergman’s last album, but the wait for new music is over.

“I Just Want to Walk in the Dark with You,” a three-minute single from the southern Manitoba singer-songwriter, is out today.

Bergman wrote the song almost 15 years ago. He recorded it during the sessions that produced 2006’s Rootbound but decided to leave it off the album.

In 2017, Bergman revisited the song with Andrew Braun, formerly of the Vancouver electro-pop duo Rococode. The longtime friends breathed new life into it with a rollicking bassline, droning synths and a tempo change, and Bergman kept working on it in fits and starts until completing it late last year.

“Painters will say the painting’s never done, they just take the brush off the canvas. It’s sort of like that,” Bergman says via Zoom from his home in Altona, Man. “I could putter or tinker indefinitely if left to my own devices, but I figured it was ticking enough boxes that I could let it go.”

Bergman’s first four albums, released between 2003 and 2008, were full of acoustic folk songs recorded live off the floor.

His fifth album, 2015’s Anthropology, contained the carefully crafted folk that Bergman’s listeners had come to expect, but they were ornamented with his most lush production up to that point.

That evolution continues on “I Just Want to Walk in the Dark with You,” by far the poppiest song Bergman has released. A four-on-the-floor beat pulses throughout much of the track, with atmospheric sonics that are reminiscent of latter-day U2.

“I keep coming back to this genre title of folktronica—the structure [of the song] is folk, but it’s allowing contemporary production values to infiltrate it,” Bergman says. “He [Braun] really helped flesh out the thing so it’s not this gaunt, skinny folk song. It’s got this heft and shape to it.”

Bergman continues to write and record, though he has no immediate plans to put out a full-length album.

“There are a boatload of songs in the works,” he says. “As they ready themselves, they’ll be released as soon as possible.”

‘There are a boatload of songs in the works,’ says singer-songwriter Paul Bergman. (Photo by Ken Bergman)