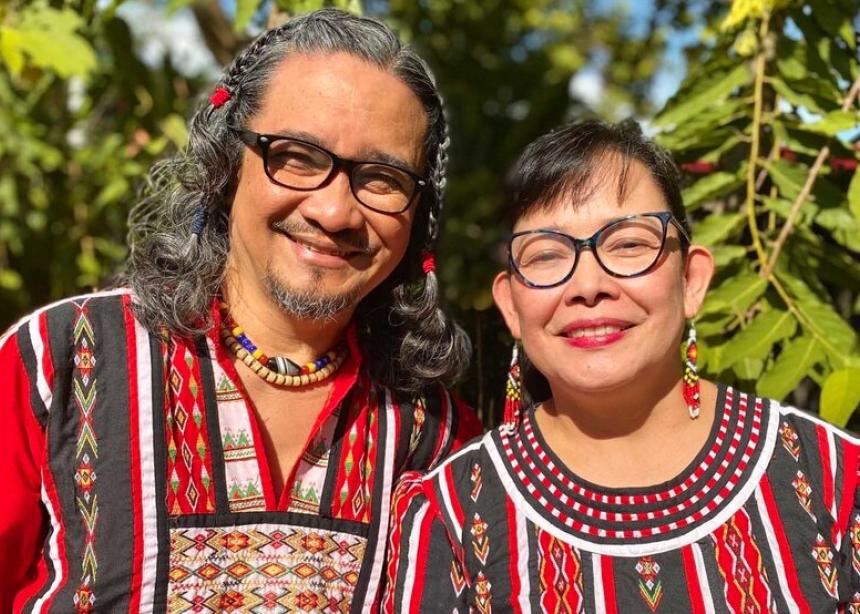 “We, Luis Daniel Alba Pantoja and Joji Felicitas Francisco Bautista-Pantoja, are from the Tagalog tribe of Southern Luzon, the region where Manila is located.

“Our Tagalog tribe was used by the Spanish and American colonial powers in their wars to fight against the tribes of Mindanao—both the Islamized and non-Islamized Indigenous Peoples. The Tagalog language was eventually imposed as the Filipino national language throughout the archipelago, ignoring the varying concerns, and later resentment, of other Indigenous Peoples.”

Using their Indigenous names has been important in the relationship-building and peacemaking work they do with Indigenous tribes of Mindanao.

“Our Tagalog elders appreciate that we identify with our Laguna-based culture, yet [are] willing to engage with other Indigenous Peoples of the Philippines to advance peace and reconciliation,” they write.

Embracing their Indigenous identities has been a “redeeming factor” for the Pantojas in healing their own being; in helping them prioritize nonviolent action in their work; and in guiding them in their goals for seeing growth in peace-and-reconciliation communities across the Philippines.

“We are all on this journey of decolonization, as colonizers and colonized,” says Jeanette Hanson, director of MC Canada’s International Witness program. “We need to support our Witness workers and each other on this journey.”

Lakan Sumulong (Dann Pantoja) and Lakambini Mapayapa (Joji Pantoja) have served as Witness workers in the Philippines since 2006, when they were commissioned by Peace Mennonite Church in Richmond, B.C. They are the founders of Peacebuilders Community Inc. and Coffee for Peace.

—Corrected Oct. 13, 2022. Lakambini Mapayapa's name was initially omitted from the photo caption and final paragraph. It has been added in.

Years ago, I had the opportunity to meet Lakan and Lakambini personally in my work as an instructor. While I am not a regular, I do continue to follow their work in the Philippines on FB from time to time and am always encouraged by its openness and innovation, and their clarity as followers of Jesus. I am grateful for their long-term work in the communities of Mindanao and their deepening faithfulness. Thank you CM for sharing their story, and thanks be to God.