Darryl Loewen has been appointed as the Mennonite Central Committee (MCC) Manitoba executive director. He comes to MCC with extensive leadership experience at Mennonite Collegiate Institute as a teacher and principal, along with numerous church and community organizational roles. “I’ve always deeply admired the work of MCC, and I am excited to step into that mission,” he says on accepting the role. “I look forward to being part of the really important work MCC does with justice, peace and cultural understanding at a time when organizations like MCC need to be out front. This is not an easy calling, but one I look forward to.” Loewen will start employment at MCC Manitoba in August of 2016. Peter Rempel will continue to serve as interim executive director until then. MCC Manitoba oversees MCC's fundraising and community initiatives within the province, including work with refugees, peacebuilding, indigenous communities and 16 MCC thrift shops. Last year, MCC Manitoba raised $10 million for the work of MCC. Of this amount, $1 million is applied to programs serving local needs in Manitoba. —MCC Manitoba 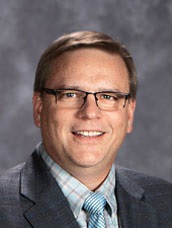