Returning to their roots

Saskatchewan camp celebrates 75 years and finds blessing in its history 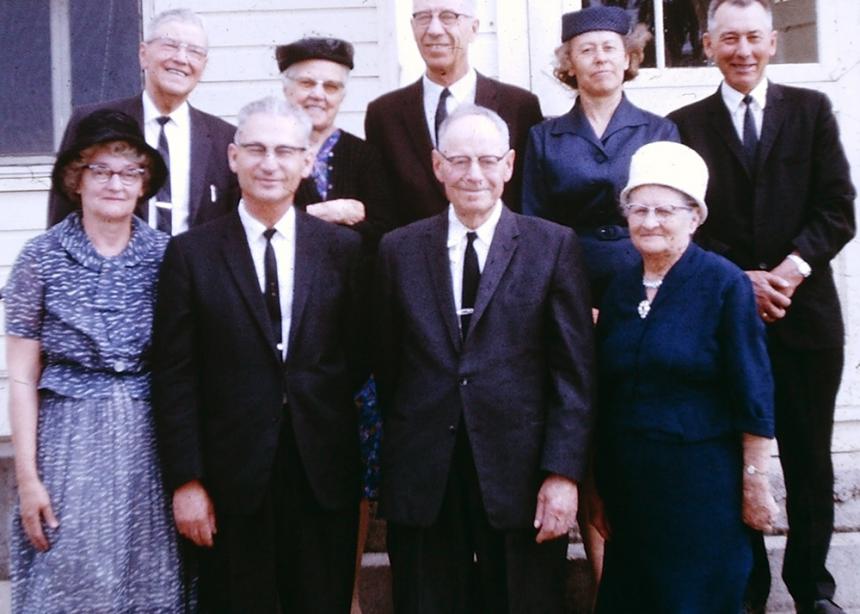 The history of Youth Farm Bible Camp is, in no small sense, the history of Mennonite Church Saskatchewan. In the early 1940s, the Mennonite Youth Society began holding retreats at the Dominion Experimental Farm, just south of Rosthern. Several individuals saw the neglected farm as an ideal site for the ministries of Saskatchewan Mennonites. Henry W. Friesen, Isaac Epp and J. C. Schmidt spent a full year in prayer to discern whether or not they should purchase the farm.

In 1943, Schmidt sent a letter to the federal minister of agriculture, J. G. Gardiner, stating the society’s interest in purchasing the farm and outlining their plans to open an orphanage on the site, as well as to move Rosthern Bible School from its location in the town of Rosthern to the farm. Later that year, the society purchased the farm for $5,000, naming it the Mennonite Youth Farm.

Mark Wurtz, the Youth Farm’s current director, says the society saw the farm—which celebrated its 75th anniversary on June 4—as a place for mission and evangelism, and also as a place to serve “the least of these” (Matthew 25:40). He adds that these goals continue to be reflected in the camp’s mission statement: “To share Jesus with people and provide a place to serve.”

In the following years, along with the proposed orphanage, the Youth Farm established homes for intellectually and physically disabled children and adults on its campus. In addition to holding annual retreats, the Youth Farm also trained young adults and sent them to northern communities to teach at Vacation Bible Schools. The Youth Farm funded these ministries by operating an award-winning dairy that sold pasteurized milk to the town of Rosthern for a number of years.

Video below: During a worship service to mark the Youth Farm Bible Camp’s 75th anniversary, supporters sang songs from every decade of the camp’s history, including “All for Jesus”, which was the theme song for the 1941 youth retreat.

The dream of relocating Rosthern Bible School to the Youth Farm campus did not materialize. However, in 1965 a summer camp ministry did. Friesen became its di-rector and was a driving force behind its success.

His son Willi recalls: “Dad was not scared to ask anyone to be a guest speaker at camp.” This included such well-known Mennonite personalities as Palmer Becker and Myron Augsburger. When Willi teasingly asked his father, “Why don’t you ask Billy Graham to speak?” the elder Friesen looked thoughtfully at his son and replied, “I wonder how you’d get hold of him?”

Joyce Adrian was another key figure in the camp’s history. In 1971, she felt that God was leading her to start Bible studies for girls. Soon there were Bible studies for boys as well. Eventually, Adrian’s Bible studies grew into a movement called Truth for Youth, which saw up to 400 youth gathering on Saturday evenings to watch movies, play games and hear music bands.

Wurtz says about 100 people enjoyed a traditional camp lunch of watermelon and rollkuchen (Russian Mennonite-style fritters) at the anniversary celebration. Afternoon activities included old-fashioned races and games, traditional camping activities, and time for visiting and reminiscing. An evening banquet was followed by a thanksgiving worship service in the camp’s chapel.

Wurtz has been with the camp for 15 years and says, “I am at my happiest here.” He is inspired by the camp’s history and is working to reclaim its roots. He sees the camp’s corn maze as a means of returning to the farm’s agricultural past. And just as the three men who helped found the Youth Farm spent a year in prayer before purchasing the farm, he wants the Youth Farm to continue to be rooted in prayer. Leading up to the anniversary celebrations, staff invited supporters to join them in a 75-hour prayer vigil.

This summer, Youth Farm Bible Camp will offer 11 program weeks of camp for children, teens and adults with intellectual disabilities. Wurtz believes Friesen, who died in 1991, would be proud of the camp as it is today. “A lot of seeds have been planted and watered at this place, and a lot of people have grown in their faith at this place,” he says. 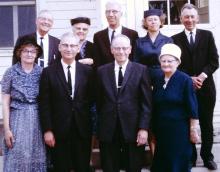 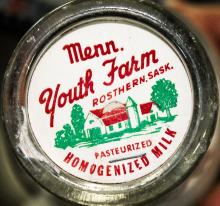 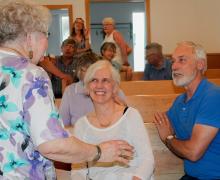