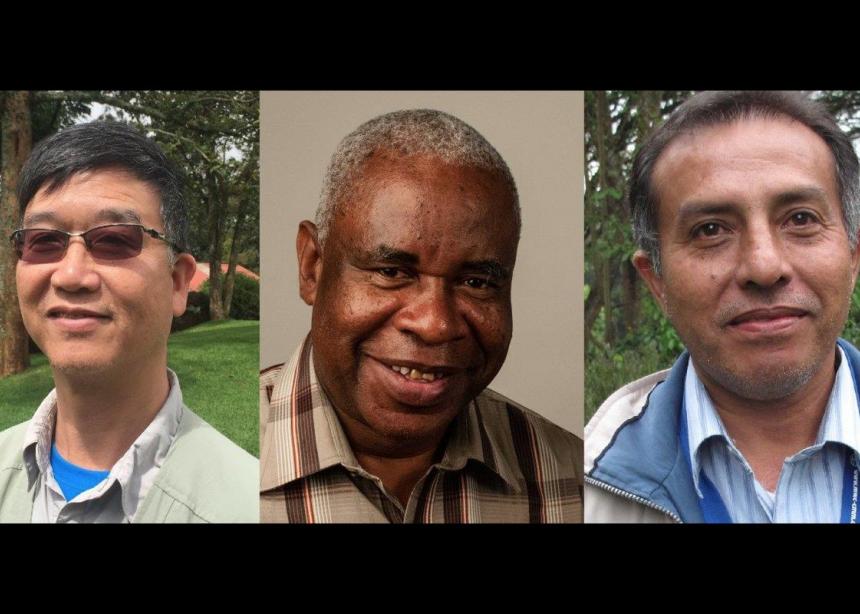 These newly appointed volunteer regional representatives complete the team that helps MWC and its member churches maintain close connections to encourage one another in following Jesus. They represent MWC to these churches by sharing information about resources and news from the rest of the world and represent their churches to MWC by sharing prayer requests.

Jeremiah Choi has added the role of regional representative for Northeast Asia in addition to his leadership as General Council delegate for Hong Kong Mennonite Church and his service on the Peace Commission (2018-2021). He trained in music composition, majored in pastoral care at seminary and has written songs for the church in Chinese. Choi began serving as pastor in 1989. He helped start Hope Mennonite Church and currently serves as lead pastor of Agape Mennonite Church, both in Hong Kong.

Jumanne Magiri Mafwiri adds regional representative for Eastern Africa to the ways he serves the church with his professional skills in health management. He serves Kanisa Mennonita Tanzania as a deacon and board member, and is a General Council delegate to MWC. He has also trained community health workers in Kenya and the Democratic Republic of Congo. Coming from a large family, he was pleased to encounter the diverse Anabaptist-Mennonite family at MWC assemblies in Zimbabwe (2003), Paraguay (2009) and the United States (2015).

Freddy Iban Barrón Tapia, a pastor, executive church leader, school director, theologian and automotive mechanic, dons another hat as regional representative for the Southern Cone (Latin America). He serves Iglesia Evangélica Menonita Boliviana as a local pastor and national vice-president. He is director of a mission school, and co-director of a Mennonite leadership development institute, along with his wife.