The Mennonite World Conference (MWC) executive committee met in Heredia, Costa Rica, in early April to carry out the work of MWC. Two representatives from each global region manage the finances, authorize programs, approve task forces, articulate the vision and mission, and develop long-range plans. Some of the things discussed included:

- The withdrawal of the executive committee’s “MWC policy for dealing with controversial issues” proposal. Presented to the general council in Kenya last year, the document proposed guidelines for a process to discuss controversial topics within MWC. At the 2019 meeting, the committee passed a new resolution by consensus, emphasizing the goal for mutual learning in MWC. “We want to provide a safe space for our groups to learn from each other on matters of faith and life,” read the new resolution. “We recognize that our member churches have confessions of faith and ecclesial practices that are not always in agreement with each other. Beyond the Shared Convictions, MWC does not advocate a single confession or practice for our member churches.”

- A report that indicated finances and unrestricted contributions are positive position, but net assets saw a significant drawdown due to spending for the general council meetings in Kenya in 2018. Fundraising for these meetings is more challenging than for the worldwide gathering every six years. “Efforts are on the way to help resolve this situation,” said MWC treasurer Sunoko Lin. 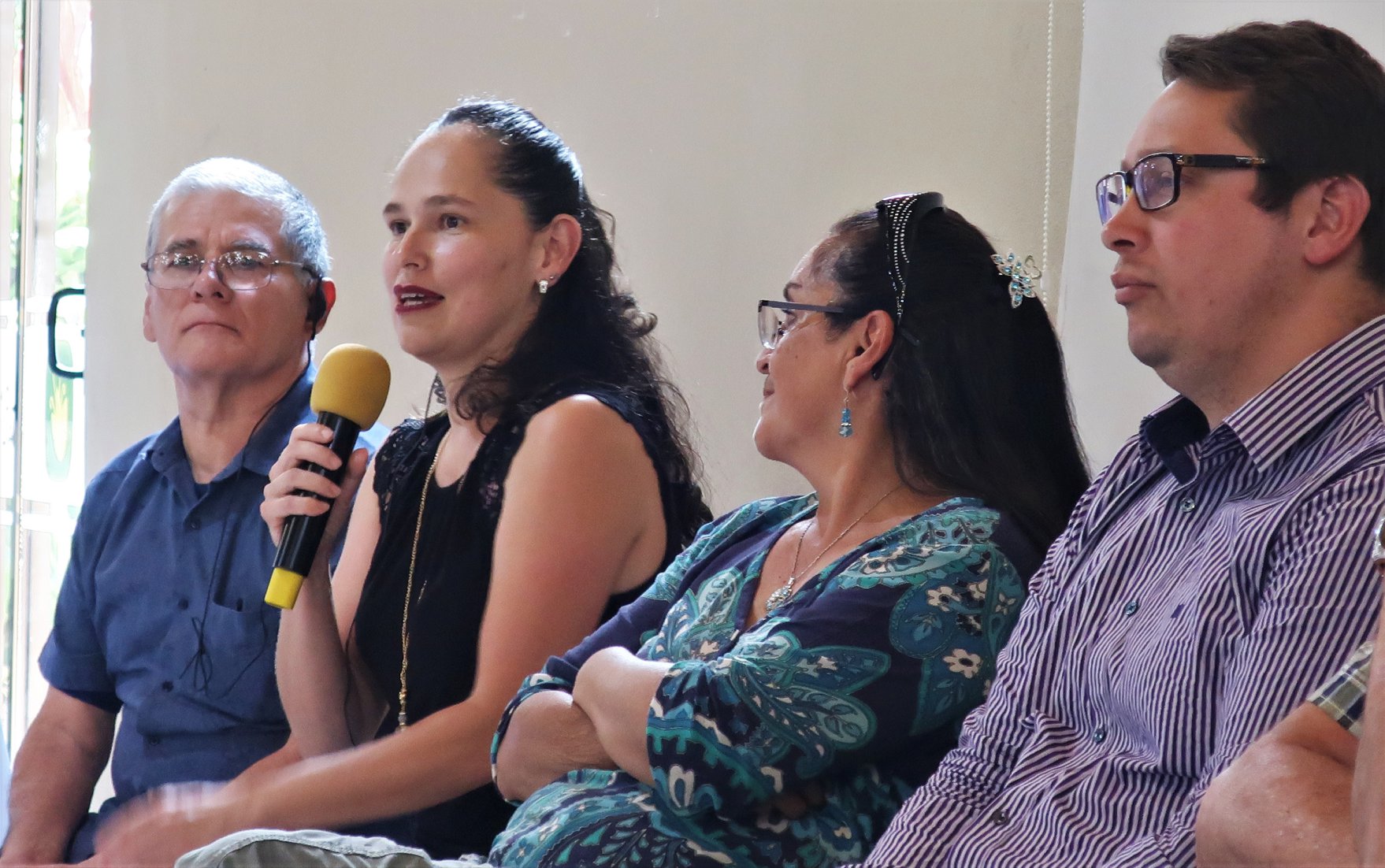 At the Mennonite World Conference executive committee meetings in April, eight pastors and leaders from Asociación Iglesias Cristianas Menonitas de Costa Rica shared about how their congregations are growing together and starting new ministries. (Photo by J. Nelson Kraybill)