Seeking to fulfill God’s mission in the world 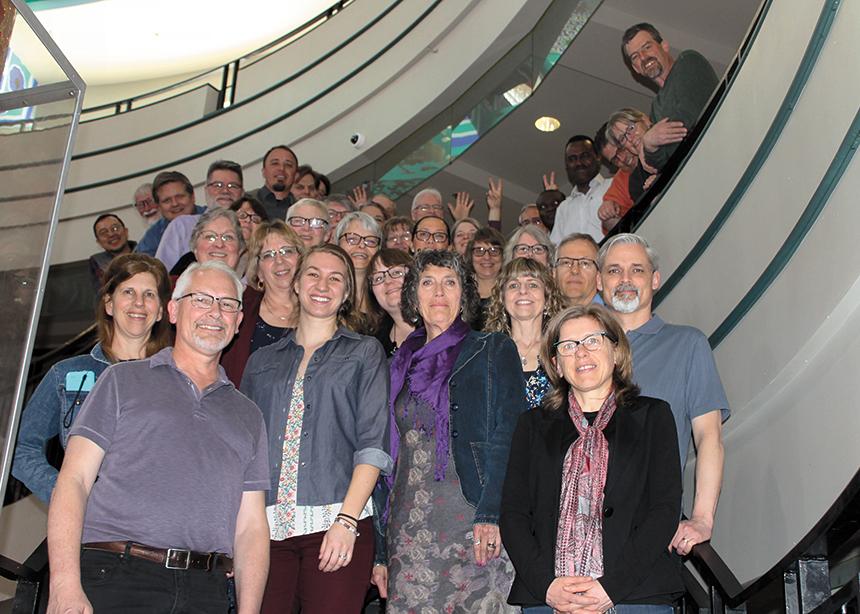 “To be clear, this is not a missions consultation.”

So said Ryan Siemens, executive minister of Mennonite Church Saskatchewan, in his opening address to key regional leaders on March 29. From opening statements to the closing benediction two days later, MC Canada’s mission consultation was more about being a people with a mission than about “doing” missions.

Long-term MC Canada Witness worker Jeanette Hanson emphasized the importance of an understanding of mission in her address. “In business, mission is used as a subject in the sentence and we in the church have often used it as an object,” she said. “I think that this is an important difference. . . . This leads to the questions: ‘What is our mission?’ ‘Who are we created to be?’ and, ‘What are we created to do?’ ” She related stories of her time as a Witness worker in China that taught her the importance of entering ministry with an attitude of vulnerability while looking for mutually transformative relationships.

Between five and six church leaders from each regional church gathered at Calgary’s Chinese Cultural Centre for three days to engage the idea of the mission of the church with the questions: “What is and what could be for Mennonite Church Canada?” and, “Where is God calling us?”

Jared Siebert of New Leaf Network, a church-planting initiative, engaged participants in thinking about the context of today’s church and society, identifying a trend of decreasing identification with Christianity and a growth in the number of young people who identify as “no religion.” He said that only 68 percent of Canadians identified as Christian on a recent census, whereas this number was 90 percent in 1970.

At the same time as interest in organized religion has declined, there is also a great desire for meaning, belonging and justice, he said, noting that, while the church is uniquely equipped to address these longings, traditional ways of being and doing church are obviously not connecting with people today.

His analogy of a dead tree resonated with church leaders. The resultant fallen log can either be “bronzed” and kept as is, or it can become a “nurse log” to nurture and grow new ways of being the church.

Betty Pries of Credence & Co. emphasized the need for spiritual renewal to occur in churches in order for a sense of mission to emerge. She led the group in discernment around what the core “charism,” or deep spiritual identity, of MC Canada might be or what might be aspired to.

After significant discussion, the ideas of hospitality, humility and community rose to the surface. Examples of how these charisms come into practice were shared by Donna Entz and Darnell Barkman.

Entz, hired by MC Alberta to build bridges of understanding between Christians and Muslims, said that, in her interfaith discussions, “I can always count on the Mennonites in my groups to be respectful to all others.”

Barkman, recently returned from MC Canada Witness work in the Philippines, mentioned how the Mennonite presence often allowed other, sometimes fractious, groups to get together in a safe “third space” for discussion and understanding.

Pries then asked, “How can we nurture the ability to talk across the divides in our own pews?”

The final day of the consultation focused on the question of “where is God leading” each regional church, and each region’s leaders worked at planning for practical ways to begin moving in those directions. Several leaders spoke of a need for tired churches to become certain of the identity as “beloved of God.”

An excitement around the reawakening of the practice of spiritual disciplines, such as prayer and the sharing of faith stories, led to discussions of how to support and encourage initiatives that are beginning to arise from among the congregations.

Others mentioned the revitalized communications structure in MC Canada as being a helpful tool in building community and sharing resources.

In the closing address, Doug Klassen, MC Canada’s incoming executive minister, emphasized the theme of mission as the calling that arises because of deep connectedness with God. The revitalization of the church will not come from new strategies, structures or styles of worship, but from a deepened spirituality, he stressed.

He quoted Bernard of Clairvaux, a French abbot and a major leader in the reform of Benedictine monasticism in the 12th century: “If then you are wise, you will show yourself rather as a reservoir than as a canal. For a canal spreads abroad water as it receives it, but a reservoir waits until it is filled before overflowing, and thus communicates, without loss to itself, its superabundance of water.”

Klassen encouraged church leaders to spend the next few years rebuilding the reservoir: “Then the church, our beloved church, will recover its task to be the communicator of living water out of superabundance. . . . When we do that, we become God’s reconcilers and ambassadors, helping to fulfill God’s mission in the world.”

The mission consultation was funded through a bequest given to MC Eastern Canada’s First Fruits Fund. 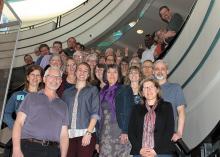