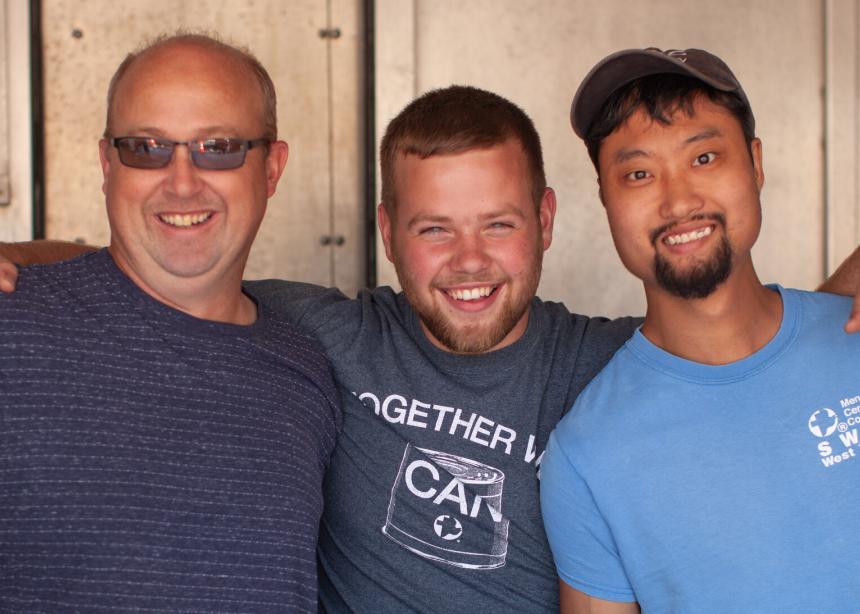 As Mennonite Central Committee begins its 2022-2023 meat canning season, the need for food in Ukraine and other countries around the world is growing.

In Ukraine, millions of people have been displaced, and many are without access to food, water and healthcare since the Russian military invaded in February.

This summer, MCC’s Ukrainian partner organizations distributed the first shipment of meat to people affected by the invasion. A second shipment is scheduled for November. A third shipment is planned in January and February of 2023, using turkey or chicken that will be canned this fall, says Tom Wenger, MCC’s material resources coordinator.

This year’s canning season began on Oct. 3 in Sterling, Ohio, and will continue through April 27, 2023, in Leamington, Ont. During that time, an MCC canning crew will transport the mobile cannery to 31 locations, including Elmira, Ont.