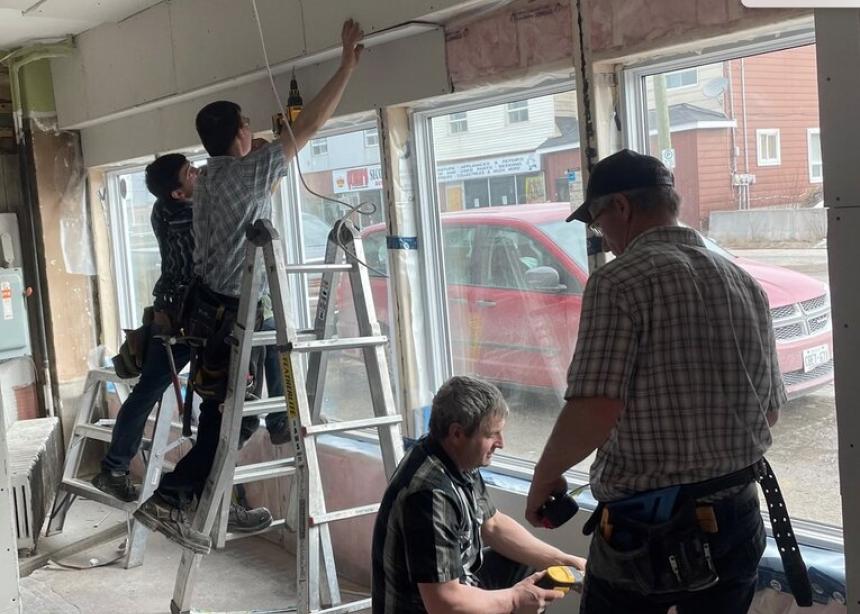 Volunteers in that province were excited last December to start working with Mennonite Central Committee (MCC) to renovate its Indigenous Neighbours office in Timmins, Ont., about seven hours north of Toronto.

But then on Boxing Day the provincial government declared a province-wide lockdown, preventing anyone from travelling.

“We were all geared up to have volunteers in southern Ontario go north, but suddenly all plans were off,” says Nick Hamm, chair of the MDS Ontario Unit. “We didn’t know what the future held for this project.”

In February, the lockdown ended for northern Ontario, due to a lower number of cases, but continued in the south.

Hamm thought the project wouldn’t happen, but then “God provided the right volunteers at the right time,” he says.

That’s when Paul Steckle, the church contact person for the Waterloo-Markham Mennonite community in New Liskeard, about two hours east of Timmins, stepped up to say he could organize some volunteers from his community.

Since travel was permitted in that northern Ontario zone, because of lower COVID-19 cases, Steckle was able to gather volunteers from his church and from the Matheson Old Order Mennonites, who live about an hour away from Timmins.

Under Steckle’s leadership, the volunteers were able to complete a considerable amount of work before another province-wide emergency declaration and stay-at-home order was issued on April 8.

“This surely demonstrates God’s leading,” Hamm says. “It may not have worked out as we thought it should, but God was walking with us. It all happened in God’s timing, even during COVID.”

From Steckle’s perspective, “all honour and glory belongs to God” for how things worked out. “This type of work works well during COVID, when restrictions don’t allow travelling to areas where natural disasters often occur,” he says. “It was something we could do without being away from home for a month.”

As for the work itself, he says, “I definitely feel it was well worth the time to help out on the MCC project, just knowing the building will be used to help Indigenous people with the different programs MCC works with.”

Steckle also appreciates “the gratitude and thankfulness shown by everyone from MCC.”

For Lyndsay Mollins Koene, who directs MCC’s Indigenous Neighbours program, “MDS was a beautiful gift to us. . . . it is with unbelievable gratitude we say thanks to all the volunteers.”

Although MCC staffers are not able to move in yet due to the emergency lockdown, they and local artisans are looking forward to moving in early this summer if pandemic restrictions allow.

Once people are able to gather again, Mollins Koene is anticipating a grand re-opening with all the MDS volunteers, MCC staff and members of area Indigenous communities.

“The project has strengthened the connection between MCC and MDS, and also the relationships between us and Mennonites near Timmins,” she says. “I can see us working together again.”

As for Hamm, he is glad MDS Ontario has been able to support MCC’s work with Indigenous people in the province through the project.

“We want to support it because of the important role MCC plays in facilitating the reconciliation and peacebuilding process between the Indigenous and settler communities. That is God’s work, too.” 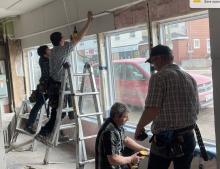