This winter was an exciting one for Jonah Ginter, a Grade 10 student at Mennonite Collegiate Institute in Gretna, Man. From Feb. 25 to 29, he competed in the 2020 Special Olympics Canada Winter Games held in Thunder Bay, Ont. His sport? Snowshoeing. “I like the challenge snowshoeing gives me, and that it’s a unique sport and it’s not every day you meet someone who races in snowshoes, which is cool to talk about,” Ginter says. He won bronze medals in both the 100-metre and 400-metre snowshoeing races, as well as a gold medal in the 4x100-metre snowshoeing relay event. “It was a pretty big deal, as well as really exciting. I never thought I would actually get to go to Nationals,” he says. “A highlight would have to be bringing home a gold medal with my 4x100-metre relay team. It was the teamwork aspect that made it a highlight and an accomplishment.” Ginter and his family attend Blumenort Mennonite Church in Rosetown, Man. 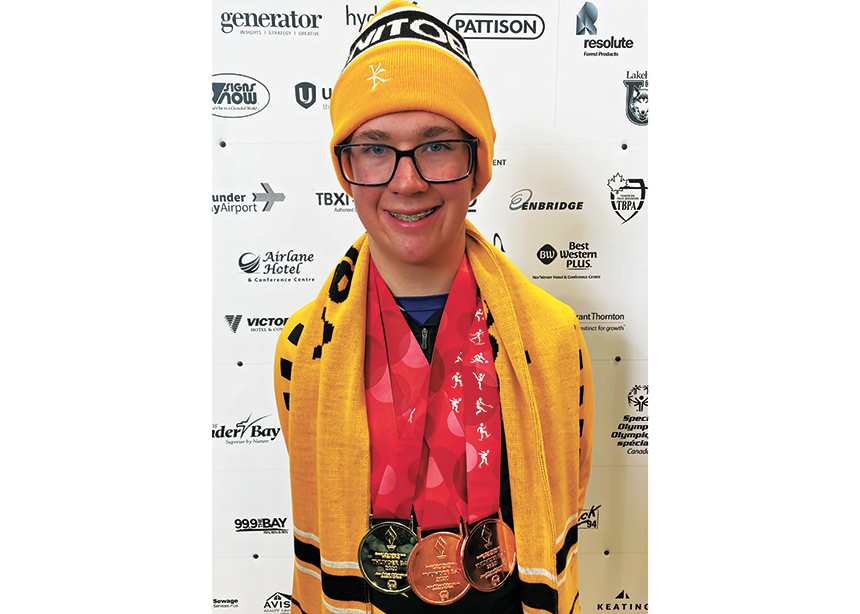