The Ottawa office of Mennonite Central Committee Canada (MCC) has released a guide to assist Canadian constituents and supporters prepare for participation in the federal election on October 19, 2015. The resource highlights several key issues of importance to MCC and its partners, such as the Truth and Reconciliation Commission report, responses to the conflict in the Middle East, and the global refugee crisis. It also lists websites with information about issues that matter to MCC supporters. The resource says, “As citizens, we have the chance to express the values by which we believe our nation should be governed, and to call on those who run for public office to clearly articulate their convictions on significant issues.” MCC invites people use the resource to guide Sunday school class or small group discussions, and to share it with family members, friends, and colleagues. It can be downloaded from http://mcccanada.ca/media/resources/3511 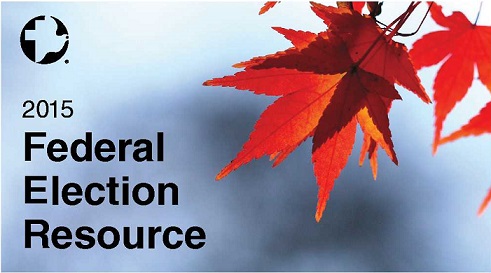